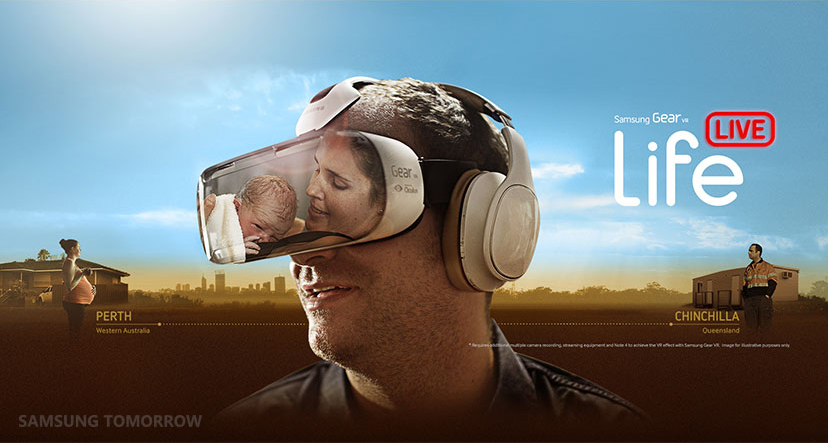 When Jason and Alison Larke found out they were having a third child, they were thrilled. But there was just one problem: Jason’s work as a contract electrical engineer required him to be away from their home when Alison would give birth.

Like many employees in Australia and around the world on a “fly in, fly out” contract, Jason has to be away from his family for months at a time.

“It can be tough,” said Jason, who goes by Jace. “Yeah, you can get depressed.”

As a family living on a single income, the Larkes knew that taking this contract would help them further attain their goal – building a new home for their expanding family. Both Alison and Jason decided it was in the best interest of their family for Jason to accept the work contract, despite being away for the birth of their son.

“There’s been times when it has been really emotional and hard to think about going through it all on my own,” Alison said.

But even as they were living on opposite sides of Australia, the Larkes were able to reconnect at one of life’s precious moments.

Using the Samsung Gear VR, Jason was transported 4,000 kilometers across the country right into the delivery room. He could experience his wife’s birth live during her delivery using Samsung Gear technology – the first time a birth has been captured live using virtual reality.

Samsung Electronics Australia captured Jason and Alison’s story about how Gear VR technology helped Jason welcome his third son into the world in an exciting and unique way. In a world first, the live-streaming virtual reality technology gave Jason the ability to look anywhere around the birthing suit and witness his child’s birth as if he were right there next to her.

“For me, it was like a weight had been lifted off my shoulders knowing that he would not be missing out on such a precious moment in our lives,” said Alison.

Watch the emotional video of the Larke family here: