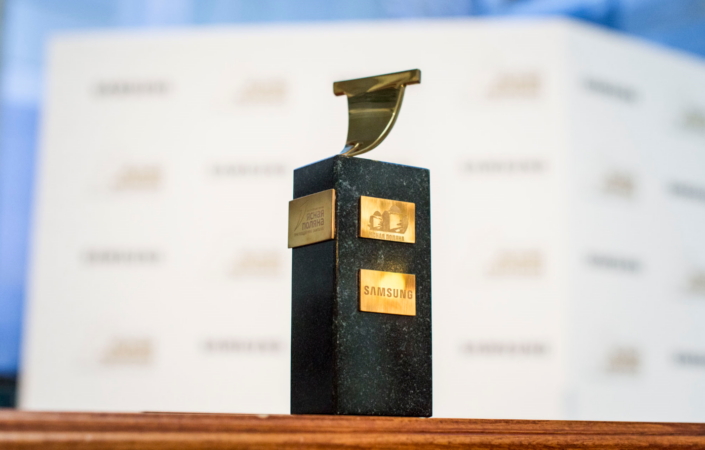 Vladimir Makanin became the winner in the “Modern Classics” category. He receives a 1 500 000 rubles reward for his book “Where the Sky meets hills”.

For the first time in the Award`s history the jury chose two winners in the “XXI century” category: Narine Abgaryan with a short novel “Three Apples Fell from the Sky” and Alexandr Grigorenko with a short novel “A blind man lost a fife”. The laureates shared a monetary award, each of them received 1 000 000 rubles.

The amount of the short list  award fund is 1 000 000 rubles. It will be evenly distributed for the finalists, who did not become winners in the “XXI century” category:

Marina Nefyodova became the winner in the “Childhood. Adolescence. Youth” for a book “Forester and his nymph” and received a 500 000 rubles monetary award.

The finalists in the category shared 300 000 rubles:

Orhan Pamuk and his book “A Strangeness in My Mind” became the winner in the “Foreign Literature” category which chooses most important foreign books of XXI century and their translations into Russian language. He received 1 000 000 rubles. The book`s translator, Appolinariya Avrutina, received a  200 000 rubles prize.

A special Samsung prize “Readers` Choice” was also presented. The winner of the prize – a trip for two to South Korea – is Narine Abgaryan, the author of “Three Apples Fell from the Sky” which was included in the short list of the “XXI century” category and obtained the largest number of votes in the open readers Internet voting on the LiveLib.ru recommendation service.

“Yasnaya Polyana literature award has indeed 14 years behind it. It has entire history behind it. Previous years` winners are admirable and I am not ashamed of any of them. However we have never had such a wide choice as this year in the award`s timeline. All the authors are worth becoming laureates, and the long list in the “Foreign Literature” category may be considered as a landmark and a guide to the world literature”, – said Vladimir Tolstoy, Chairman of the jury of the Yasnaya Polyana litreture award, Advisor to the President of the Russian Federation on Cultural Matters.

“An award becomes genuinely popular not only because of estimations of the highly professional jury. I am really grateful to our partners – Samsung Electronics – for a special prize “Readers` Choice” that is being given for two years by now. This year the readers` opinion coincided with the jury`s one. LiveLib.ru users chose “Three Apples Fell from the Sky” – a novel by Narine Abgaryan”, – said Ekaterina Tolstaya, Director of the Leo Tolstoy  museum – estate Yasnaya Polyana

“There is such kind of books that make you forget that you are a member of the jury, forget about long lists and short lists, forget that it`s summer – forget everything. And than you just feel thankful to the author for leading you to a wonderful world”, – said Alexey Varlamov, a member of the jury of the Yasnaya Polyana litreture award, writer and researcher of the 20th-century literature.

“It`s been 14 years since Yasnaya Polyana award has been drawing attention to the works of talented promising authors and real contemporary classics. We are proud that by supporting it from year to year we contribute to the development of great literary traditions in the context of modern Russia. Besides we are happy to help readers discover new masterpieces which for sure will become a part of our country`s rich cultural legacy. I congratulate  winners and finalists of 2016 and wish them further creative success”, – commented Uitack Kim, President of Samsung Electronics CIS headquarters.

Yasnaya Polyana literature award was created by the Leo Tolstoy Museum-Estate and Samsung Electronics in 2003. Each year the Award is given to the authors whose works carry in themselves humanistic and moral ideals of Russian classics. The Award`s jury chooses best traditional form fiction books in the categories “Modern Classics”,  “XXI century” and “Childhood. Adolescence. Youth” as well as in the “Foreign Literature” and “Readers` Choice” categories introduced with support of Samsung in 2015. The total amount of the award fund is 7 000 000 rubles.

Today it is the largest annual literature award in Russia. 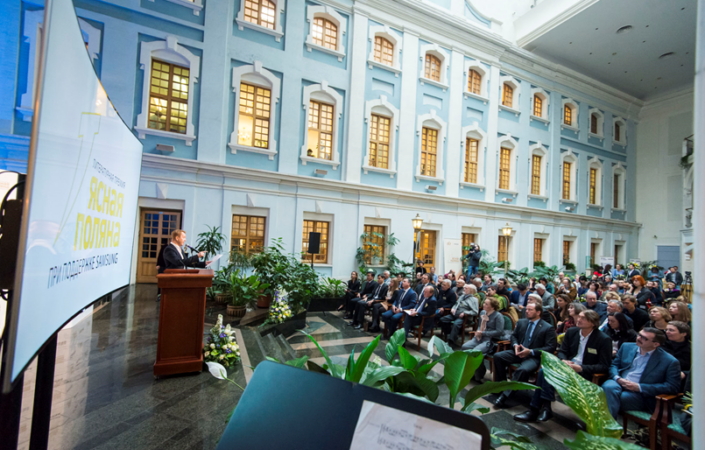 Yasnaya Polyana literature award is the biggest annual literature award in Russia. It was created 14 years ago by the Leo Tolstoy Museum-Estate and Samsung Electronics. In the main category “XXI Century” Yasnaya Polyana award is given to the modern writers` works that carry in themselves ideals of humanity, mercy and ethics. Guzel Iakhina, Evgenii Vodolazkin, Elena Katishonok, Mikhail Tarkovskii, Liudmila Saraskina, Zakhar Prilepin, Aleksei Ivanov became its winners at different times.

The award is also given in two additory categories. The “Foreign Literature” category chooses most important foreign books and their translations into Russian language. The “Childhood. Adolescence. Youth” category awards books, important for the time of growing up. In 2015 the award was given in the special Samsung “Readers` Choice” category for the first time.

The total amount of the award fund has significantly increased in 2015 and is now 7 000 000 rubles. Here is how awards are allocated to the winners in the categories: 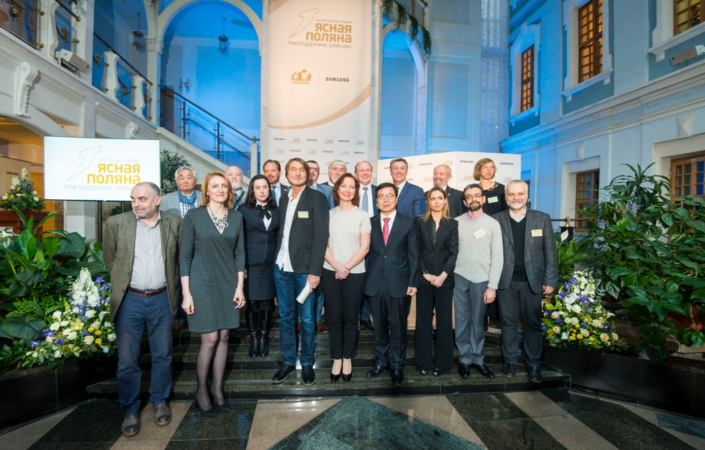 The jury of the award: