Exclusive Look: How Samsung Made Its Trailblazing 5G End-to-End Solution a Reality 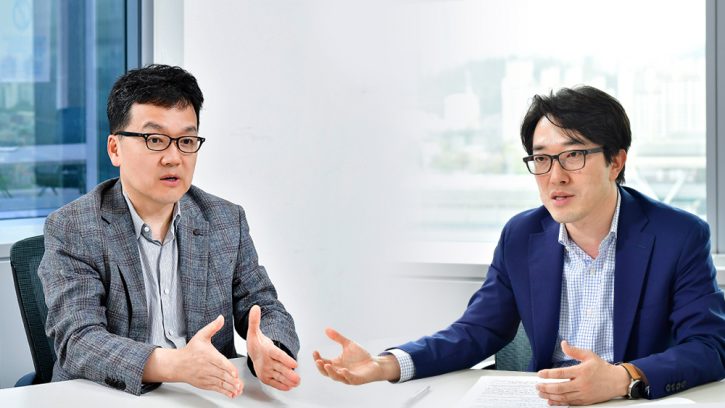 For more than 35 years, Samsung has been a leader across the mobile industry, from smartphones to mobile chipsets to network solutions. Over the past decade, the company’s dedication to pushing the boundaries of what is possible has paved the way to the development of the first end-to-end 5G solution.

This trailblazing spirit has led Samsung to become the first company to introduce breakthrough consumer-centric 5G experiences, including Samsung’s first commercialized 5G smartphone, the Galaxy S10 5G, which was launched in South Korea in April and is set for a global rollout.

But, the question is, – What will 5G enable? Why is 5G important? How do consumers experience 5G today? and what were the challenges that Samsung had to overcome to commercialize 5G?

5G technology will revolutionize what is possible on a data network, much like the unprecedented possibilities 4G unlocked when it launched. 4G put the internet in your pocket and opened the ability to work and play while on the go. With increased speeds and lower latency of the 5G bandwidth, 5G will offer more than just mobile advantages when compared with LTE. “When 5G service is completely actualized, its capabilities will not be limited just to smartphones; the concept of a connected, autonomous vehicle can be fully realized, as well as smart factories and smart robots in the medical field, for instance,” explains Choi. “Video conferencing will no longer be in 2D but will take place in 3D,” adds Lee, “and furthermore, no one can imagine streaming 360-degree video on your smartphone with mobile data as it exists now, but with 5G, this will become a reality,” stresses Lee. But making this a reality has been no small undertaking.

In order to institute the 5G bandwidth, every aspect of the network infrastructure ecosystem, from antenna models to device chipsets, had to be reconfigured to account for its separate frequency range from existing bandwidths. “Samsung has been directly engaged with the 5G market from the start, from research to technology to setting international standards,” notes Lee. “What prompted Samsung to spearhead 5G was our mindset that, when there is a direction that the industry should be headed, it is important to blaze that trail, no matter how challenging it seems.”

What It Takes to Champion 5G

The establishment of an end-to-end solution has been key to Samsung’s development of a global 5G network. From the beginning, the company took the unique approach of developing the capabilities to not only make a 5G device, but also to establish the necessary partnerships crucial to the full ecosystem roll-out, from chipset and infrastructure vendors to carriers and content & service providers. “5G development started with figuring out what the core technologies of 5G were and how we would secure them – early on, we took the lead in collaborating with numerous partners such as chipset vendors, for example,” explains Choi. “All of this enabled us to take a leading role in the development of 5G.”

The capabilities Samsung developed in these exploratory phases began more than a decade ago and allowed the company to stay at the forefront of each new phase of 5G development. The frequency 5G operates on, mmWave and Sub-6GHz, called for numerous innovations to device hardware and software, including a 5G modem chip, a 5G RF chip, RF front-end components, and 5G receivers. In 2013, Samsung successfully developed its first 5G proof of concept (POC) and, two years later, its first-ever pre-5G spec opened the door to other milestones – including the creation of a 5G smartphone set to 3GPP and international standards.

What has made Samsung a leader in 5G is its commitment to bringing together all elements of the development process, from research to development, not just on a mobile level, but on a global network scale. “The first 5G New Radio standard spec was approved at the end of 2017,” highlights Choi, “and Samsung took a leading role in setting this international standard.” This network leadership is not without precedent for Samsung; the company also participated in setting the international network standards for the transition from 3G to LTE, and this experience, not only on a network infrastructure level but also on a consumer-facing one, meant the company was primed and ready to lead 5G development.

Understanding that a global 5G network infrastructure must come into full operation gradually, Samsung ensured its current service minimizes network interruptions by providing an LTE-5G transition period through Non-Stand-Alone (NSA) network standardization. “The current 5G service utilizes the stable LTE network for transmitting important information such as control and signaling details, including LTE to 5G handover, while using 5G for data transmission,” clarifies Choi. “Regarding the Galaxy S10 5G, the device was designed on both hardware and software levels to be ready to use the NSA network throughout the handover. Furthermore, there are always some unprecedented issues that arise during a transition period. We are taking all consumer feedback very seriously and thanks to our close coordination with all relevant partners, as the infrastructure improves, so will the full 5G experience.”

Creating a Device Built for the 5G Era

In order to ensure its first 5G device remained as user-friendly and intuitive as consumers have come to expect from the Galaxy series, Samsung developed a major hardware innovation. “Because a 5G phone must support all LTE legacy hardware, adding 5G-specific components such as the 5G modem chip and 5G RF chip naturally involved incorporating additional parts,” explains Choi. “If we had simply mounted these onto a device, the phone would have become bulky. Instead, we meticulously designed how and where to include these extra components to retain the Galaxy series’ streamlined unibody design.” Even after mounting the necessary extra components, the Galaxy S10 5G still possesses a slim, unibody form factor.

This was not the only hurdle Samsung had to overcome with the Galaxy S10 5G; 5G networks consume a lot of battery power due to the large amount of data they have to transmit. “We mitigated this challenge by incorporating the latest vapor chamber technology featuring new AI software that automatically optimizes battery, CPU, RAM, and even device temperature based on how people use their phones. This smart software learns from its user and continues to over time,” notes Choi.

The most challenging issue Samsung addressed with the Galaxy S10 5G was developing technology to support 5G bandwidth, operating on the higher frequencies. “High-frequency spectrum had never been supported on mobile devices before,” explains Choi. “From a hardware perspective, creating a solution for this meant years of research into mitigating weak signals as a result of physical barriers or obstacles in the path of frequencies, particularly when encountering metal objects.” On the software side, Samsung was dedicated to providing a seamless customer experience. “Our solution is based on a wide range of accumulated experience and know-hows,” remarks Lee. “Our longtime interactions with consumers, which provided us with an understanding of how, for example, consumers use and grip their phones, allowed us to develop software that keeps the device connected to the 5G signal.”

The Future of 5G Connectivity

Not only will Samsung’s achievements in 5G transform the mobile data experience for consumers, they will also have exciting implications for the future of Connected Living and will play a huge role in optimizing the operation and connectivity of devices that harness artificial intelligence (AI) and IoT (Internet of Things). “The world of 5G will bring so much potential into the future technology field, including helping the realization of smart factories and smart cities,” affirms Lee.

“With the advent of 4G, speed was the only key improvement, but it is different with 5G,” notes Choi. “We consider 5G technology to be a key underlying technology that can enable a truly new, non-mobile-exclusive broadband market.”

Not only does 5G offer eMBB (Enhanced Mobile Broadband) thanks to transmit speeds of up to 20 times what LTE provides, its URLLC (Ultra Reliable Low Latency Communication) minimizes the time it takes for data to travel from one point to another and mMTC (Massive Machine-Type Communication) paves the way for smart factories and supply chains. “In being able to transmit information with minimum latency and maximum reliability, 5G technology is crucial to the safety features of smart cars, the stability of smart factories and the accuracy of smart robots in the medical field; essentially, it is the key technology to making these future technologies a possibility,” explains Choi.

“With 5G, the absolute bandwidth of the network has increased,” adds Lee. “With the example of the connected car, data needs to be transmitted to the driver extremely fast. For instance, in the case of a car driving at a speed of 100km per hour, a 0.1 second delay in latency could result in a 3-meter difference. Furthermore, regarding smart cities, 5G offers another important advantage thanks to its increased connectivity capabilities. With 5G, in theory, we can possibly connect 10 times the devices LTE can – simultaneously.”

5G is therefore crucial for industries outside of mobile. The ramifications of its implementation look to be truly global, and Samsung, who has been developing its solutions with this in mind from the start, is at the forefront of bringing about the 5G revolution.