Kicking off the Samsung SpaceSelfie campaign, Cara’s epic shot sees the launch of her first solo selfie in space with the Earth backdrop in full view 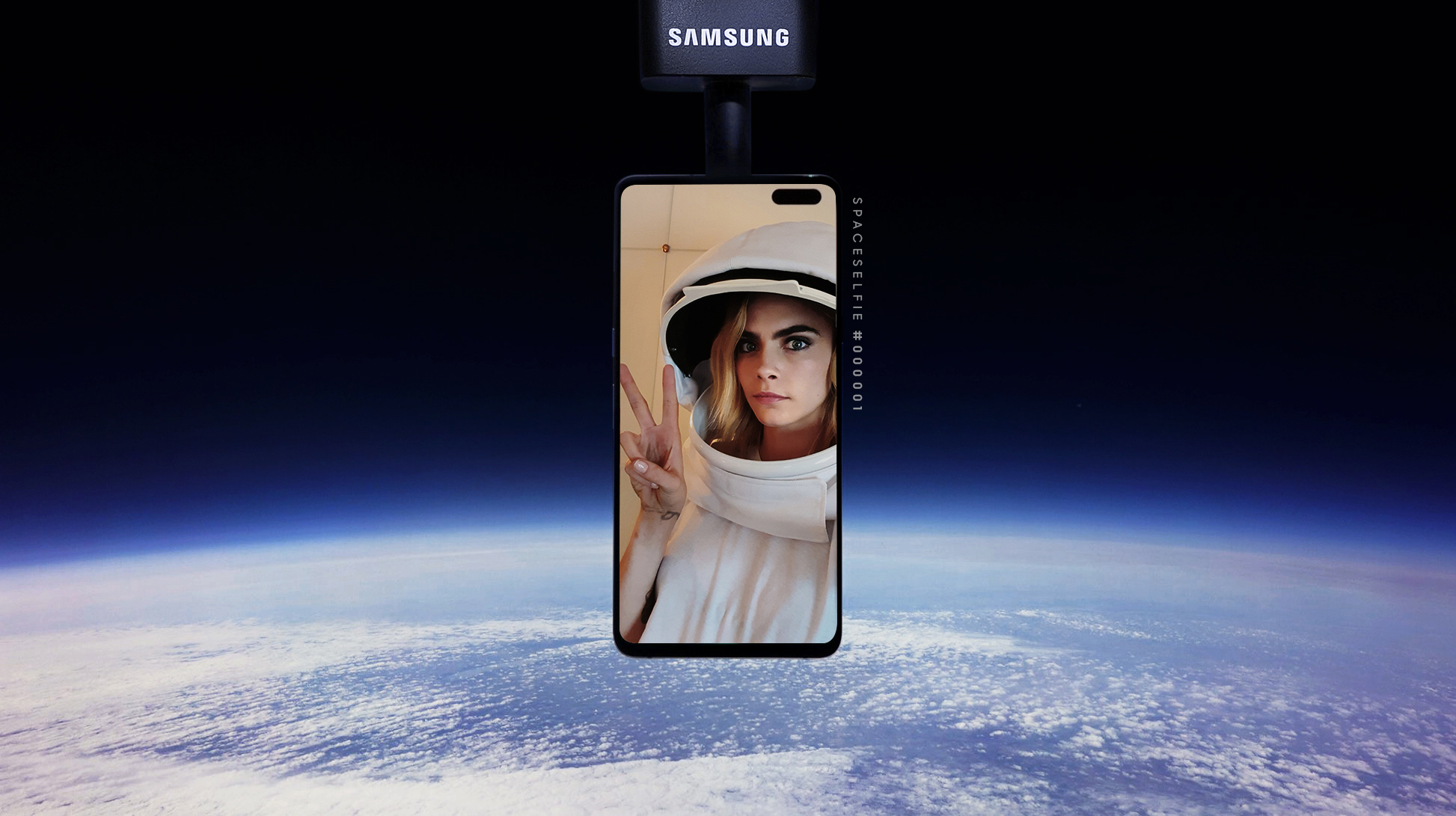 London, UK – 23rd October 2019 – Samsung Electronics Co. Ltd today unveiled its first SpaceSelfie taken from 65,000 feet above the earth captured by actor, model and philanthropist Cara Delevingne and shown for the first time during a celebrity-filled event at the newly-opened Samsung KX experience space. The selfie is the first of many that Samsung deliver this month as part of SpaceSelfie, a mission to give consumers the chance to get their face in space. 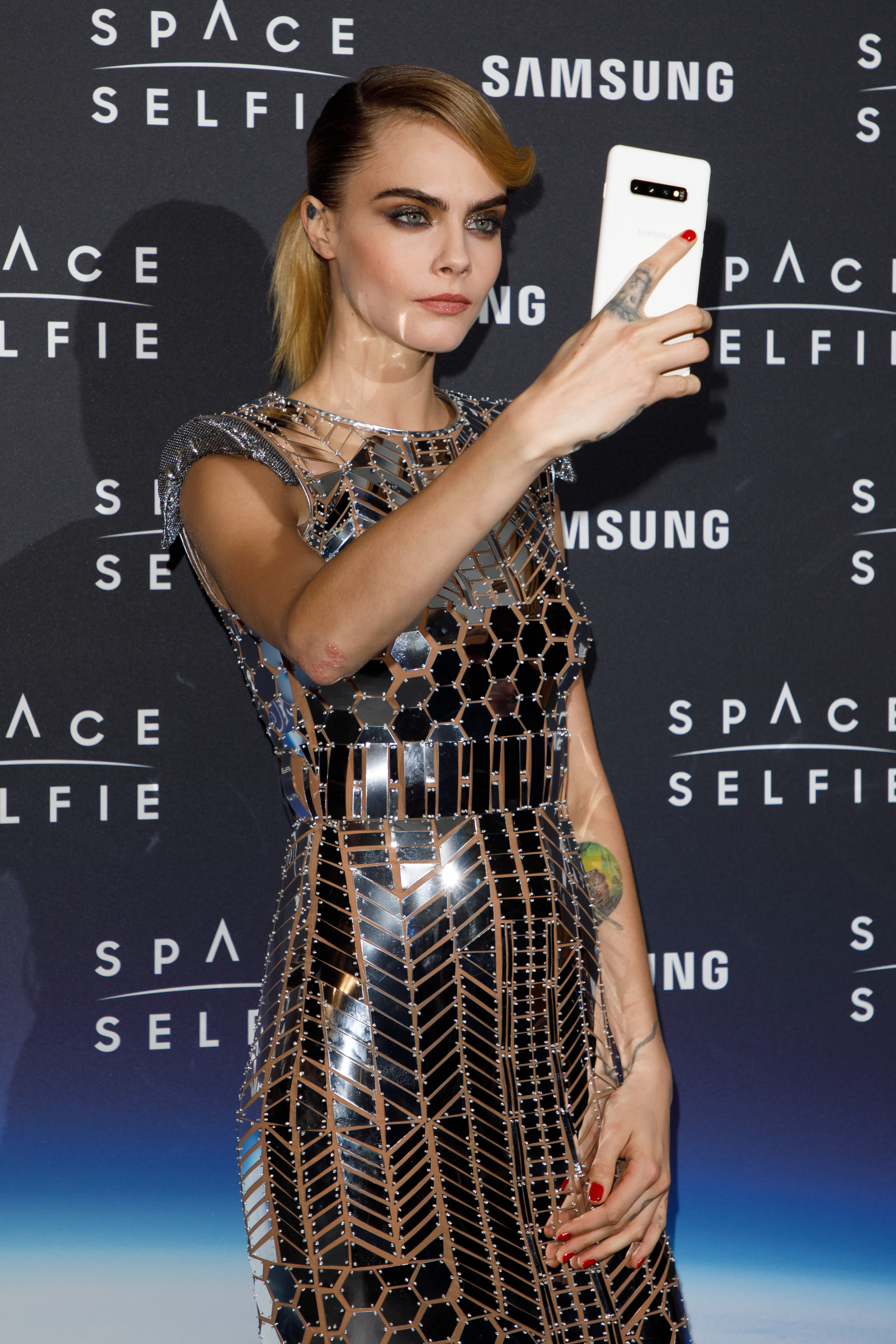 The event was hosted by Radio 1 DJ Clara Amfo who introduced Cara as she revealed her playful first SpaceSelfie – captured on her Samsung S10+ 5G – with Cara holding up a peace sign and wearing an astronaut helmet. The moment was also commemorated with an epic group selfie, taken by Cara herself, and featured A-list event attendees including: 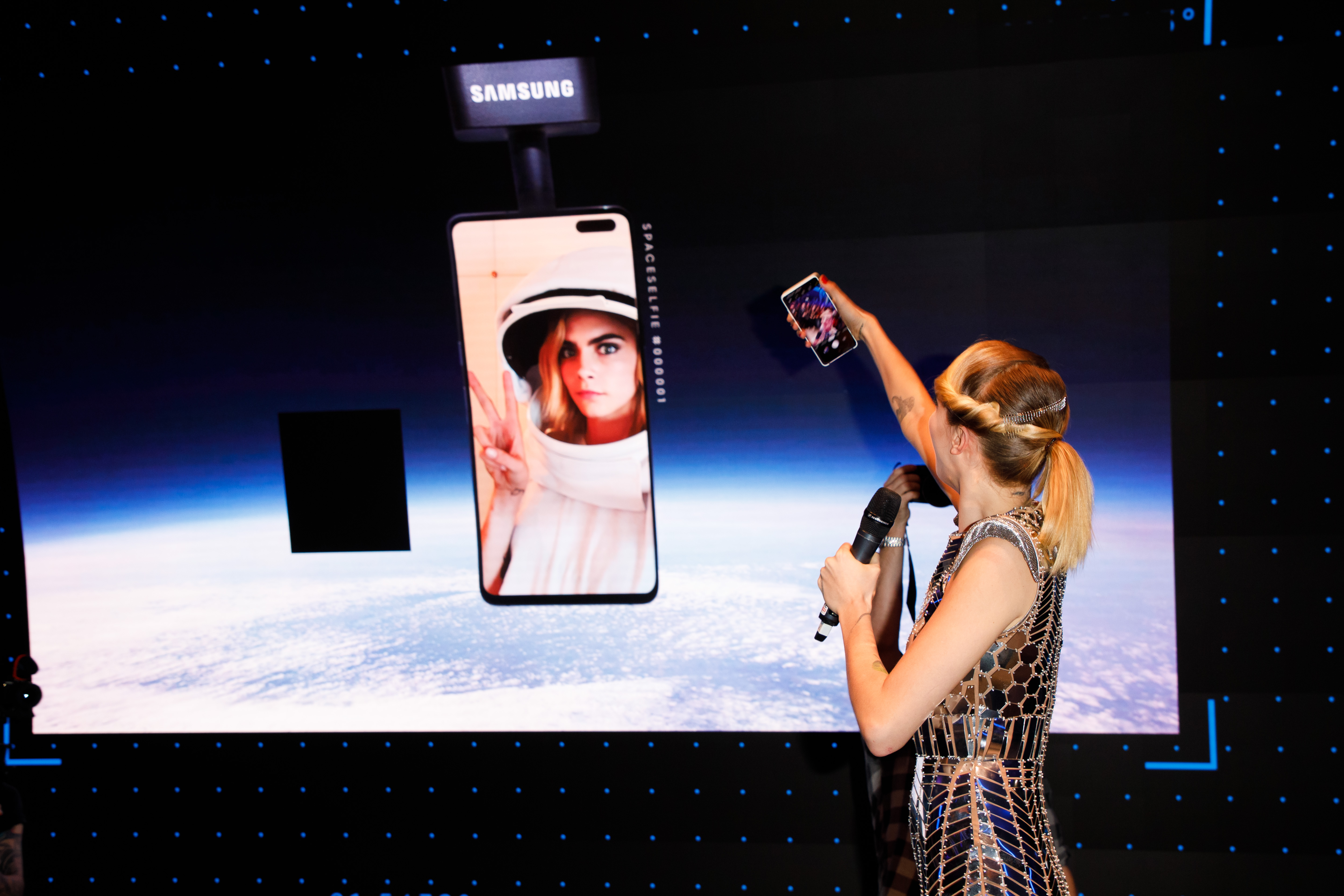 Cara Delevingne said: “I’m honoured to be Samsung’s SpaceSelfie pioneer! To celebrate, I wanted to take the first group selfie to go to space. I can’t wait for my fans to join us and get their hands on a SpaceSelfie of their own.”

Whilst at the event, Cara posed up a storm in her futuristic Fendi dress with Jodie Harsh and Kevin McHale, and interacted with the space-inspired selfie stations including Zero Gravity and the Warp Tunnel. 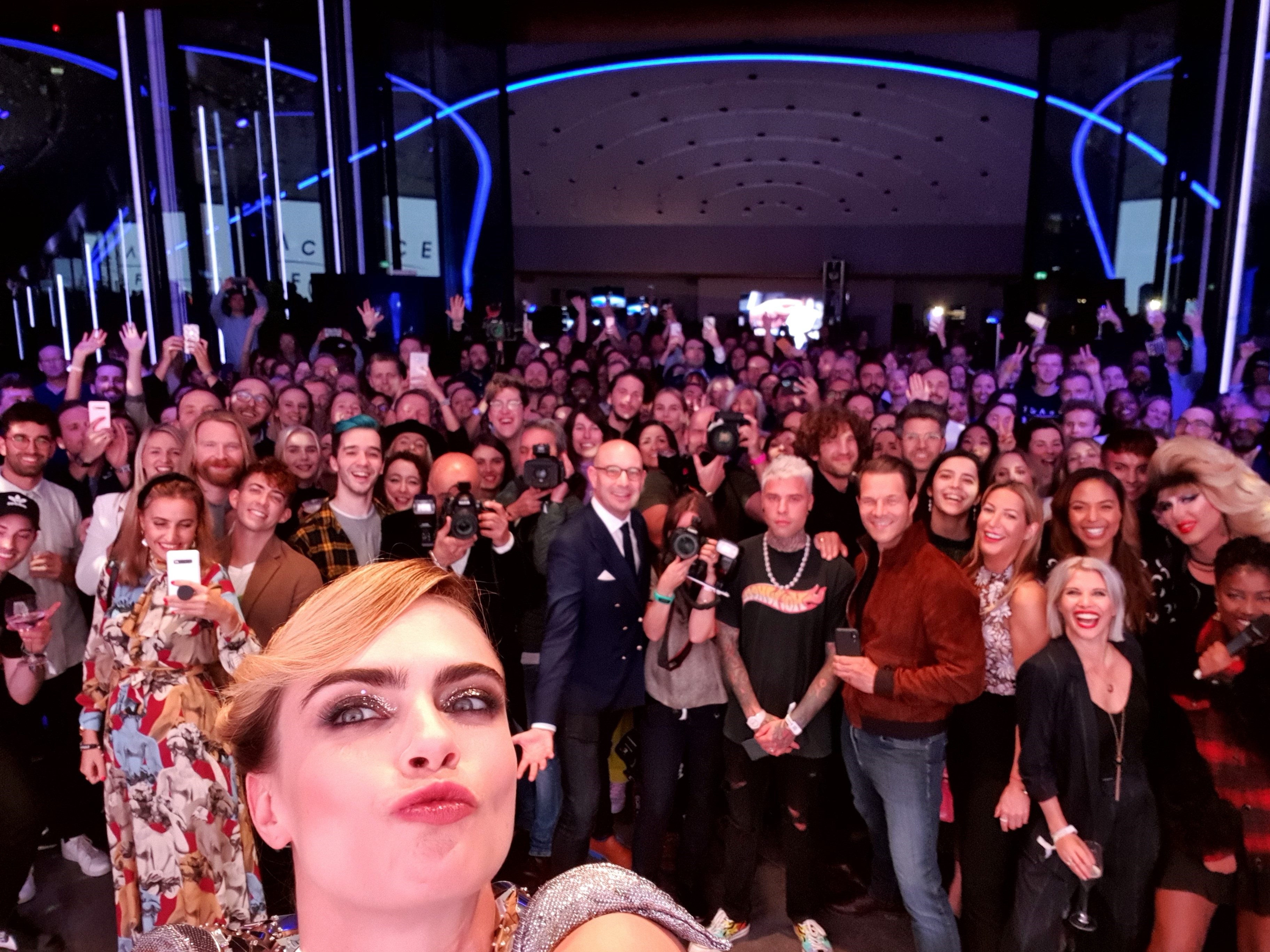 In 2014, the world’s most famous selfie taken by Ellen DeGeneres at the Oscars was taken on a Samsung Galaxy Note3. Five years later, Samsung has taken it one step further with their first SpaceSelfie, captured on Delevingne’s Galaxy S10.

Customers who want to take their selfie to the next level can head to our Oxford Street Samsung Experience Store to snap a star-filled zodiac selfie. Whether you’re Aries, Pisces, or any other birth sign in between, you can add the star constellation of your sign to the backdrop of your selfie.

Winning images will then be displayed on the S10 5G’s 6.7-inch screen and captured using a unique view of planet earth as the backdrop. These photos will be sent back down to earth for its owner to share on social media.

“Tonight, we made history by unveiling Samsung’s first SpaceSelfie. Our relentless pioneering spirit continues to show that amazing things happen on a Samsung screens – even from the 65,000 feet above the earth.” says Benjamin Braun, Chief Marketing Officer, Samsung Europe. “Our ethos is Do What You Can’t and the Samsung SpaceSelfie is just that. We continually break the boundaries of what is possible with innovation and tonight’s SpaceSelfie launch is no different.”

[1] Samsung Electronics (UK) Limited. UK and ROI residents aged 16+. Participants must enter between 16.10.19 and 31.10.19 for a chance to win. There are up to 65,000 space selfies (Prizes) to be won across a number of promotions being offered by Samsung companies globally. Prizes offered on a first come, first served and random basis during different phases of the promotion. See https://samsung-spaceselfie.com/gb/en/terms for further information and T&Cs.