Available in a choice of 65, 75, and 85-inch models, the new TV combines the market’s highest resolution with Artificial Intelligence (AI) technology that optimises content for 8K presentation—producing truly lifelike images and sound, and enabling users to enjoy much more immersive viewing experiences.

Samsung has been the world’s number one TV manufacturer for 12 years running thanks to a commitment to setting new standards for picture quality and immersion. With the unveiling of QLED 8K, the company has once again raised the bar for both.

The larger TVs get, the more important their resolution becomes, as details portrayed on a bigger screen require more pixels—the thousands (or millions) of incredibly small dots that make up the images you see on your TV screen—to clearly define them. This means that ideally, in order to provide a level of detail that really blows viewers away, a large-screen TV’s resolution, or total number of pixels, should be above the previous high mark of 4K (3,840 x 2,160).

An 8K TV features a resolution of 7,680 x 4,320 pixels, which means roughly 8,000 pixels are packed into each horizontal line of the screen. At this level of pixel density, the individual pixels composing an image become imperceptible to the human eye—even when viewed up close. Samsung’s QLED 8K features over 30 million pixels in total, which adds depth and detail to content displayed on the TV’s expansive screen, and makes objects appear that much more realistic.

If history is any indication, consumers won’t have to wait long for immersive 8K content to become the new normal. It took just less than five years for UHD (Ultra-High Definition) TVs to overtake FHD (Full HD) models in global sales, and IHS Markit predicts that sales of 8K TVs will quadruple over the next few years. 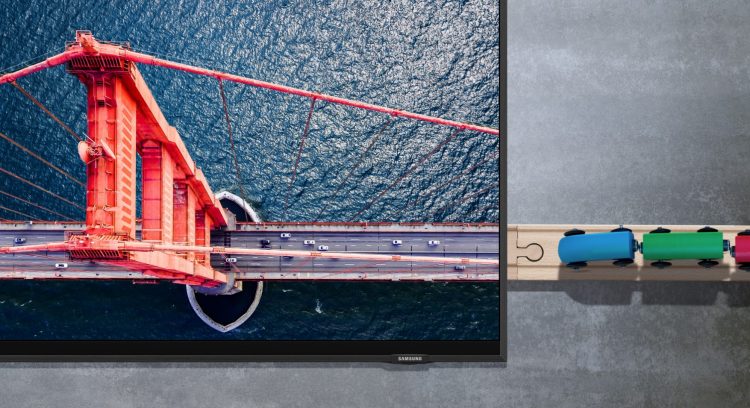 Put simply, the higher a TV’s resolution, the sharper its picture quality, and the more realistic its images will seem. Samsung’s QLED 8K features a resolution that’s 16 times greater than FHD and four times greater than a 4K UHD TV. This allows the TV to produce lifelike visuals that accurately depict details in a scene or image which would likely go unnoticed on a lower-resolution TV.

As the resolution of an image increases, it also creates a sense of depth that tricks our eyes into believing that the objects within appear more immersive. When viewing high-resolution content on a wide screen, the wider our field of view, the more immersive the content we’re watching becomes, and the more “present” we feel within it.

In other words, QLED 8K’s high-res visuals and wide screen offer viewers a new level of immersion—one that allows them to feel like they’re in the heart of the action when viewing a favourite movie, or enjoying a front row seat when watching the big game.

How Samsung’s Innovating with 8K 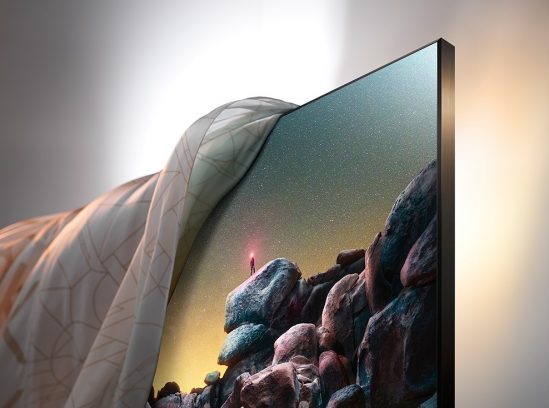 Samsung’s QLED TVs have a history of fostering brilliant visuals that predates the line’s jump to ultra-high-resolution 8K.

For a start, each QLED TV is certified to deliver 100 percent colour volume[3], which means accurate colours at any brightness level. This helps the TVs express subtle details in both bright and dark scenes, and produce vibrant HDR (high dynamic range) images that bring content to life.

QLED 8K’s combination of perfect colour volume, optimised contrast and support for the Samsung-spearheaded HDR10+ open standard allows it to foster truly cinematic viewing experiences. The TV’s 4,000-nit peak brightness matches the content mastering standard for major film and TV studios’ Blu-ray releases, while its HDR10+ technology leverages dynamic metadata to optimise contrast and colours from scene to scene to ensure that content is displayed in the manner that filmmakers intended. 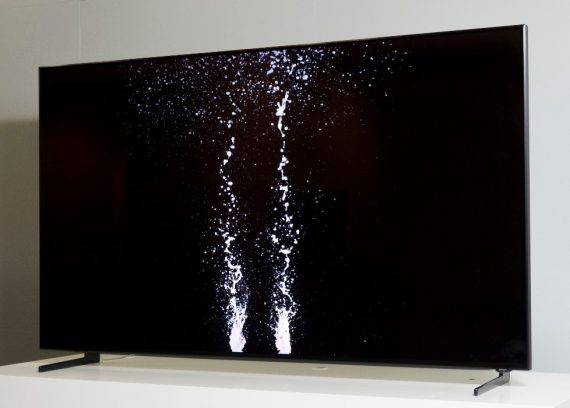 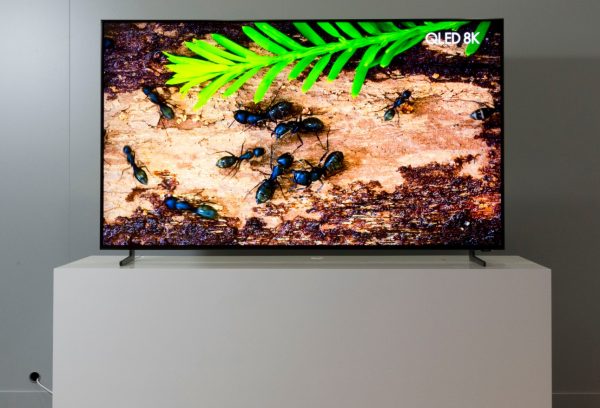 And it’s not just films and shows that benefit from crystal clear 8K. The TV’s built-in Ambient Mode[4] allows users to enhance their home’s décor with beautiful images when the TV is turned off. Photos and artworks look flawless when displayed at 8K resolution, and the TV’s boundless design creates the sense that the image on display is melting into the wall behind it. 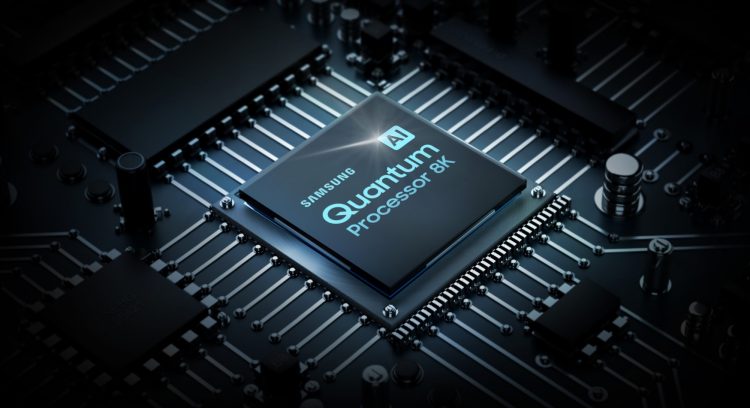 To enable users to enjoy as much 8K content as possible, the TV also features Samsung’s proprietary Quantum Processor 8K. This innovative addition recognises content—whether it’s transmitted via a streaming service, set-top box, HDMI, USB, or even mobile mirroring— and automatically upscales its sound and images into near-8K quality using machine-learning 8K AI Upscaling technology. This enables consumers to view just about any movie or show on any channel in crisp 8K, regardless of the video’s native resolution or method of transmission.

The upscaling technology is compatible with all types of content, including standard definition, HD, FHD and UHD, but its optimisation is most dramatic when the original source is a 4K UHD image. The built-in AI upscaling feature analyses the relationship between low- and high-resolution video, and uses this insight to apply millions of upscaling algorithms that accentuate details, add sharpness to edges, and eliminate compression noise for streamed videos.

The feature expertly restores content’s texture and detail to allow you to view your show or movie as it was meant to be seen. The resulting images are so vivid and detailed that you’ll feel like you could reach out and touch the objects and characters within them.

QLED 8K’s AI Upscaling technology also includes a sound optimisation function, which automatically analyses content’s sound from scene to scene to foster the most immersive experience possible. When watching a football game, for instance, when a player makes a big play, the sound may amplify the audience’s cheers to recreate the excitement of being there in person. After the play, the TV may emphasise the commentators’ voices as they break down what just happened. There’s no need to raise the volume to hear what’s being said; QLED 8K will do it for you.

Going forward, TVs will be evaluated based on their ability to enhance viewers’ immersion to the point that they feel like they’re experiencing a scene, game or moment firsthand. The launch of Samsung 8K AI Upscaling technology brings us closer than ever to achieving this goal of blurring the line between reality and reproduction.

[1] Samsung QLED 8K will not support upscaling for PC, game and analogue content are not subject to 8K upscaling

[2] IHS Markit TV Sets Market Tracker – Forecast Q1 2018, Information is not an endorsement of Samsung. Any reliance on these results is at the third party’s own risk. Visit technology.ihs.com for more details.

[4] Some features of Ambient Mode require a compatible Android or iOS phone and sufficient space around the TV to operate; it will have varying results on complex wall designs, patterns, and/or unusual colours