The month of May was a special memorial-month event for more than 60 Samsung employees who participated in the annual Carry the Load National Relay to honor fallen U.S. veterans and first responders and support their families through fundraising. 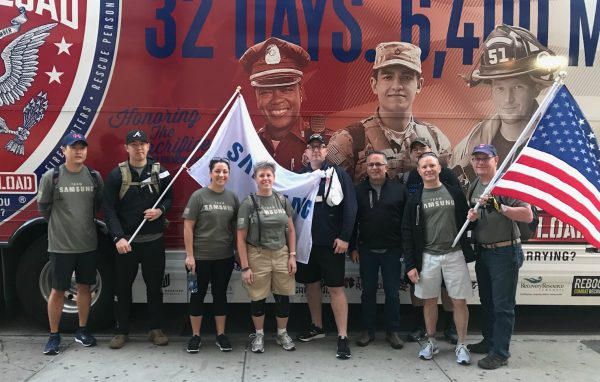 Team Samsung reached its goal of raising $15,000 for Carry the Load, which partners with non-profit organizations to provide a continuum of care for military veterans, law enforcement, firefighters, first responders and their families, and honors the sacrifices made by America’s heroes.

Participating Samsung employees showed their #SamsungSalutes pride and shared stories of how the effort enabled them to pay tribute to their own family members and friends who selflessly served.

Team Samsung started out walking portions of the New York/New Jersey legs of the relay May 1 – 3 from West Point, NY to Pennington, NJ before symbolically handing off the baton to colleagues “Carrying the Load” in Pennsylvania and later Washington D.C. 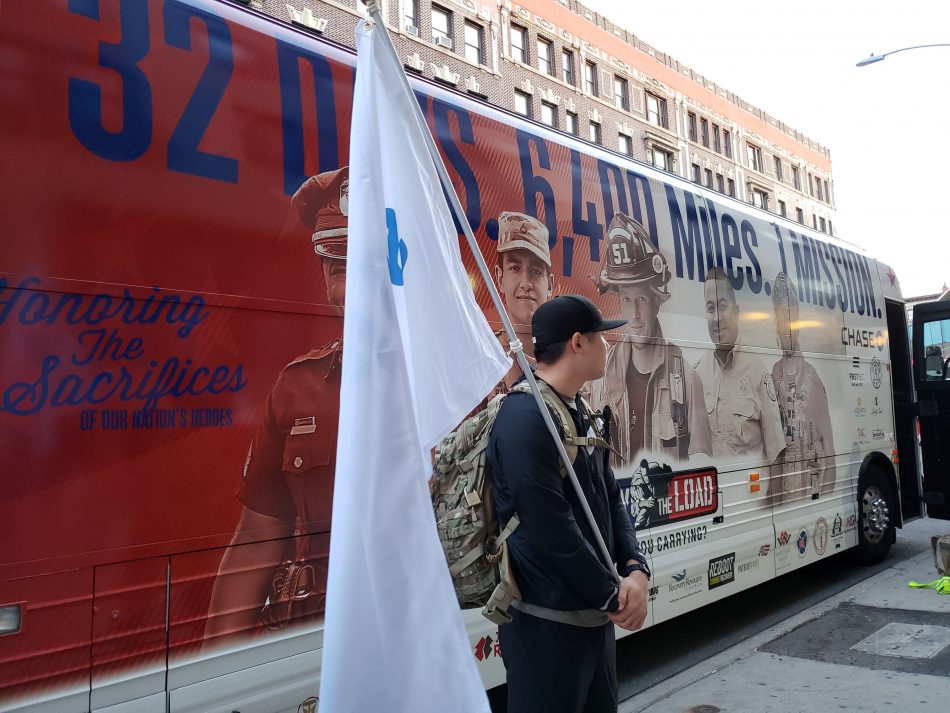 Eli Kim, inside sales representative in Samsung Electronics America’s mobile business division, said he was walking for his grandfather, a veteran of the Korean War who sustained serious injuries. “I know that I am here today because of the man my grandfather was, the difficulty he endured and the weight he carried each and every day,” said Kim. 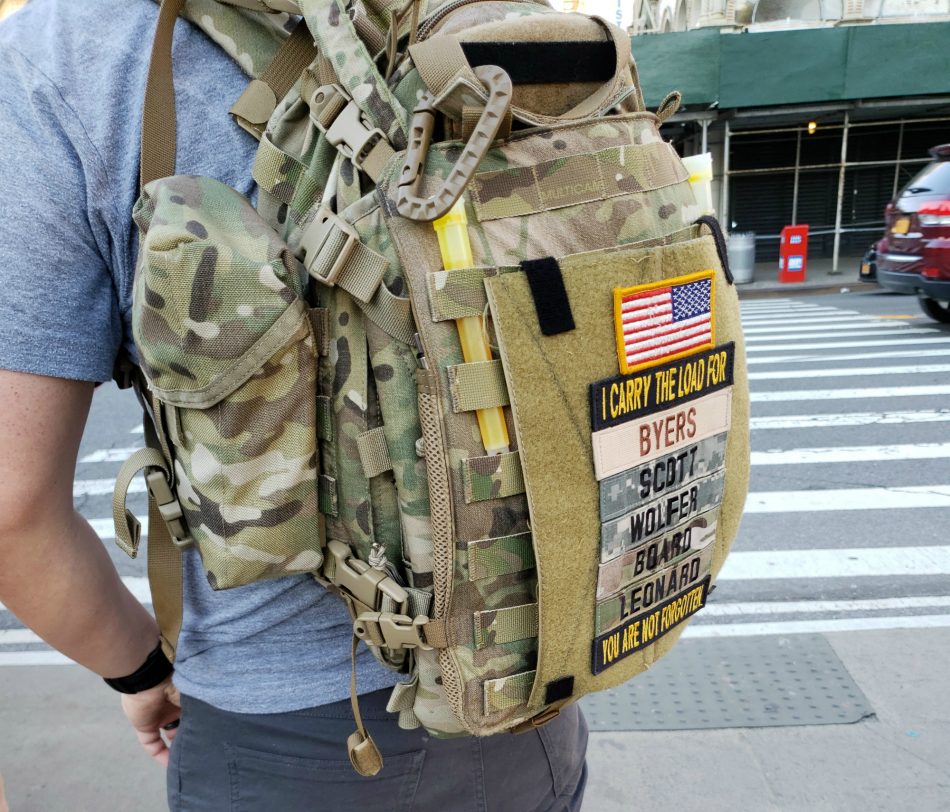 A Team Samsung walker arrives near Ground Zero, in New York City, after trekking from Tenafly, NJ, where the relay leg began. His backpack reads: “I carry the load for Byers, Scott, Wolfer, Board, Leonard, You are not forgotten.” 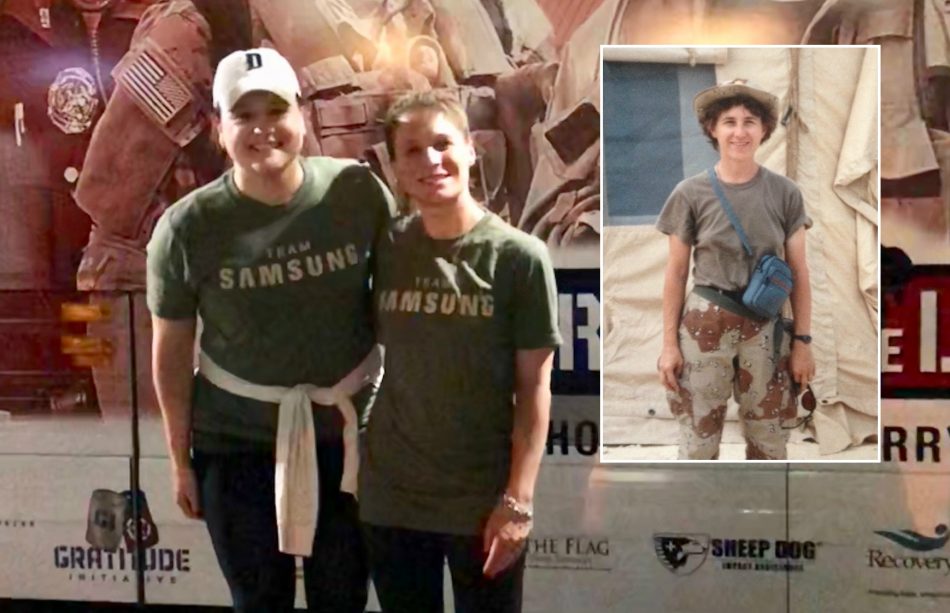 Jennifer Cairone, a sales manager at Samsung Electronics America, and friend walk in Team Samsung’s Philadelphia leg for Jen’s mother, Major Frances Kasarda (inset), a Desert Storm veteran who served in the US Army Medical Corps, as well as both her grandfathers and two uncles, who served in the Navy and Army. “My family has a long line of service, and today I carried them especially,” Jen says. “I’m so grateful I was able to walk and hear stories from other veterans and families. It made me feel closer than ever to this cause and my family’s history.”

Team Samsung’s Washington, DC members walk from the nation’s capital to Northern Virginia in their leg of the Carry the Load relay.

“As a veteran myself, I believe it’s very important to remember our nation’s heroes, the men and women who selflessly lay down their lives to protect us and our freedoms,” said John Hendrick, chief veterans’ advocate at Samsung Electronics America. He walked in honor of Charles Keating IV (inset), a highly decorated U.S. Navy Seal for more than 30 years, killed in Iraq in 2016 on a rescue mission. 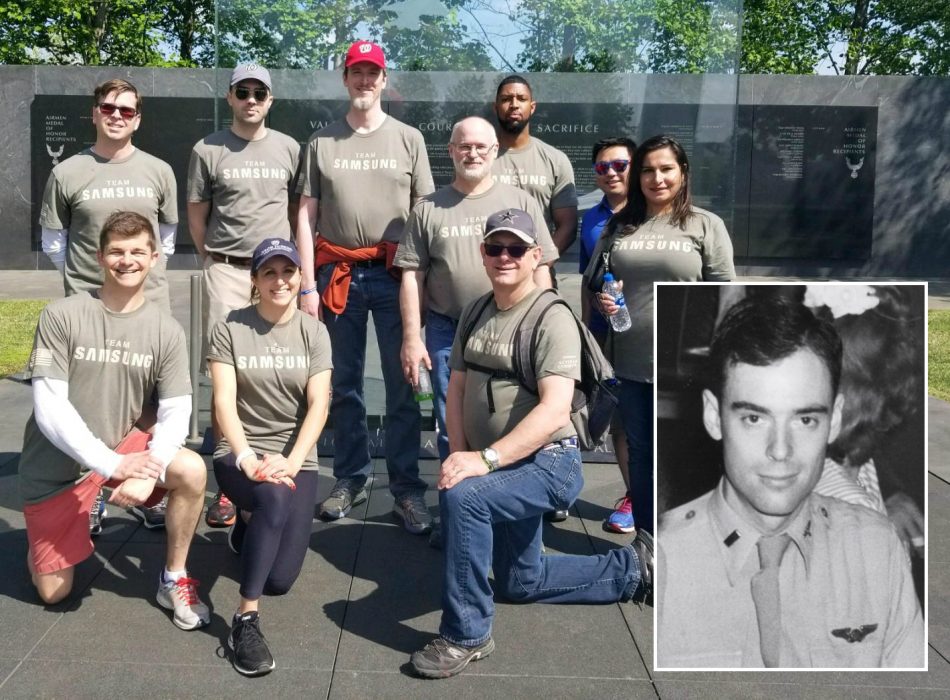 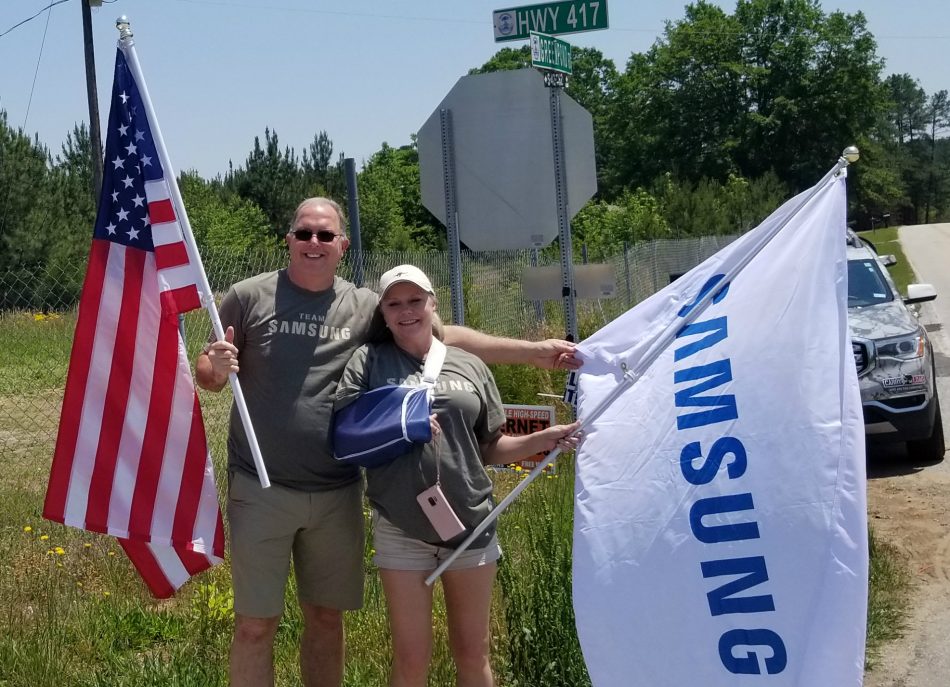 Team Samsung’s South Carolina contingent participated in the Woodruff portion of the relay. Steven Hamilton, sr. strategic project manager at Samsung Electronics America and a U.S. Air Force veteran, walked with his wife, Dawn, in honor of two other veterans: his late father who served in the U.S. Army and his next door neighbor who is a U.S. Marine, Vietnam Vet and triple amputee. “You always hear the statement, ‘Some gave all,’ and it’s the least we can do to walk in their honor and to ‘carry the load’ for those that can’t today. We were incredibly proud and honored to be able to show our support in this way,” said Hamilton.

Samsung Electronics America employees teamed up with employees from other companies to walk the leg in Atlanta. Lori Miles, sr. manager service delivery at Samsung Electronics America, walked for her family members who have military backgrounds. Miles’s father and uncle served in the Korean War, her two brothers served in Iraq during Desert Storm and both her and her husband are veterans. “During the time I spent walking in their honor I was able to reflect on their service and contributions over the years. It was a great honor to participate with my colleagues in this way,” said Miles.

The Samsung Electronics America Veterans Community is an employee-led resource group whose mission is to foster internal networking and employee engagement, give back to community-based veterans’ support organizations and provide mentorship to newly hired veterans. 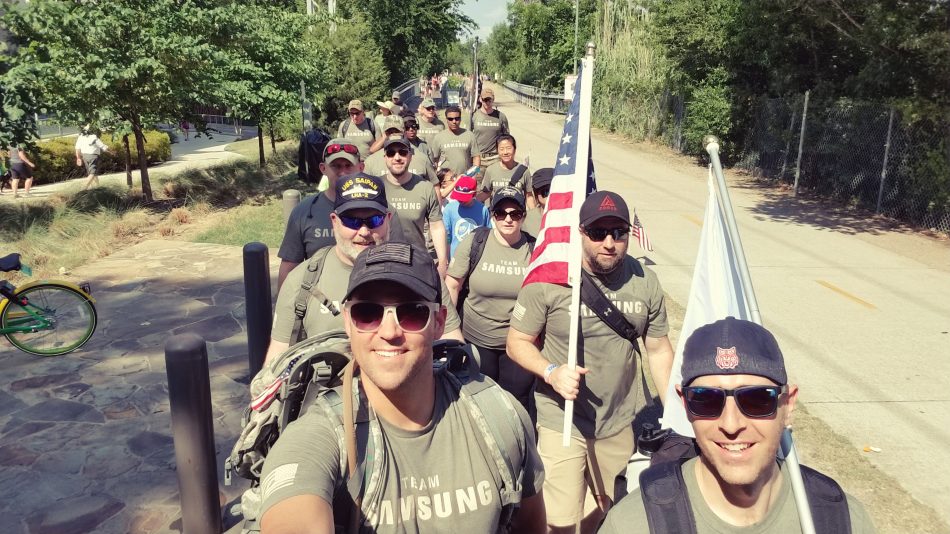 Team Samsung’s Dallas members took part in the final leg of the relay, the Dallas Memorial March. Matt Thomas, manager with Samsung Electronics America’s product innovation team, marched for his friend and infantry brother, Sgt. Jack T. Hennessy. “There isn’t one soldier that served with Jack that wouldn’t tell you how awesome of a guy he was. He was tough, funny, knew how to have a good time, and he was a short, physical powerhouse,” said Thomas.

“At Fort Benning, we went from infantry training, to airborne school, to Ranger indoctrination, to washing out and getting stationed at Fort Hood not only in the same division, but same battalion and company: D Co, 1-9 CAV. The odds of that happening are very slim. We deployed to Iraq together in 2004 where he would lose his life in combat for his country.”

Matt Thomas and the Samsung Dallas team’s Memorial Day march marked the end of the Carry the Load relay. Hundreds of Samsung employees and Americans from across the country honored the fallen, and kept their memories alive.