GQ Breaks the Rules of Light On a Captivating Cover, Shot on the Samsung Galaxy S22 Ultra

GQ Breaks the Rules of Light On a Captivating Cover, Shot on the Samsung Galaxy S22 Ultra The Samsung Galaxy S22 Ultra is proving to be a breath-taking example of Samsung’s latest innovations at work. Raising the bar for smartphone innovation, its revolutionary camera capabilities also rose to the challenge of harsh outdoor lighting – in the hands of GQ’s trendsetting editorial team and acclaimed photographer, Austin Malema. In GQ’s May/June issue Samsung’s most intelligent camera was used to create dynamic dual covers that capture the imagination, as well as the star power of Springbok star Makazole Mapimpi. With its technology theme in mind, the GQ team effortlessly demonstrated how the pro-grade camera and comprehensive suite of in-camera editing tools can deliver a DSLR-like experience. Named as a device that breaks the rules of light and even space, for GQ, collaborating with Samsung and its headline-grabbing Galaxy S22 Ultra was a seamless editorial decision. It was a showcase for how smartphone photography has taken an evolutionary step forward.

Led by its illustrious Editor-in-Chief, Molife Kumona, GQ confidently converted from the standard industry camera to the prograde smartphone camera technology of the Galaxy S22 Ultra, which comes fully-loaded with innovative enhancements that put this smartphone in a pioneering category. Austin Malema had already successfully demonstrated the brilliance of the Galaxy S21 Ultra by shooting GQ South Africa’s first cover shot on a smartphone last year. The opportunity to explore the enhanced features on the next-level Galaxy S22 Ultra, including Samsung’s biggest pixel sensor ever, was an experience this seasoned photographer relished. The covers were shot in challenging outdoor conditions, which made full use of the Galaxy S22 Ultra’s array of adaptive lenses and intuitive A.I strengths. You could even sense that Makazole was energized and inspired by the GQ team’s professional enthusiasm and confidence in the Galaxy S22 Ultra. From a 12MP ultra wide lens to 100x space zoom, all angles were covered. 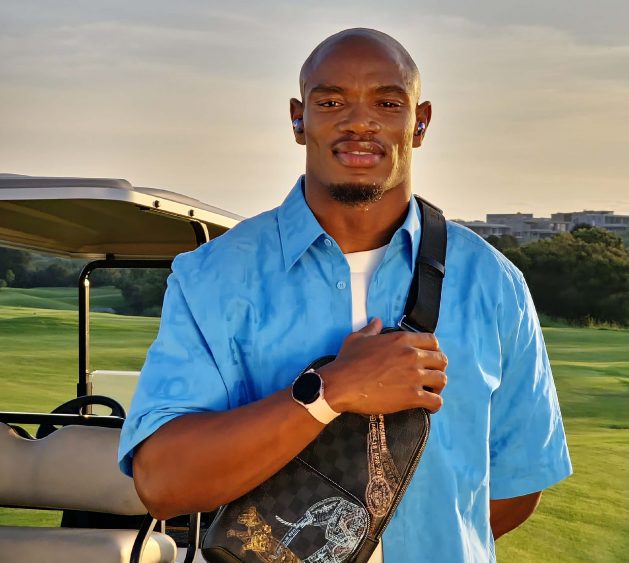 “We already experienced the amazing capabilities of the Galaxy S21 Ultra during last year’s cover shoot. While that was a successful indoor shoot, we were looking forward to putting Samsung’s latest technology to the test in an outdoor, midday setting that demands more from any camera. We embraced the opportunity to bring our dual cover concept to life on the Galaxy S22 Ultra, and were immediately impressed at yet another evolutionary step forward in smartphone photography. We shot this month’s cover using Portrait mode, which captures images with stunning clarity resulting in images that pick up the finer details of both the subject and the environment, in innovative new ways” says Molife Kumona.

Packed with new AI supported features like Portrait Mode, the Galaxy S22 Ultra is built to make every photo worthy of the finest professionals’ standards. The GQ team and Austin were able to use the Galaxy S22 Ultra just like a DSLR camera as you can brighten or darken your photos with ISO settings and shutter speed, adjust white balance to make your photo warmer or cool. You can also manually focus on your desired subject to get your images looking exactly the way you want.

Samsung has also sensationally merged the beloved Galaxy Note users’ favourite built-in S Pen with the Galaxy S22 Ultra. This means the GQ team could make hand-written notes on images on set, which are converted to text and seamlessly shared to email for their post-production meetings. The team could also access the Galaxy S22 Ultra’s RAW file shooting capability, which is a huge benefit if you prefer to fine-tune factors such as white balance and exposure. Ultimately, this feature-filled smartphone feels like a camera kit and edit studio in your pocket – and with a battery that can last up to two days1, it’s ready for action on even the longest shoots. The Galaxy S22 Ultra impressively also includes an incredibly large sensor that allows the device to break the rules of light, which means night shoots are infinitely brighter. The unmissable Makazole Mapimpi shoot and Dual Cover, captured by the Galaxy S22 Ultra will be revealed in the May/June issue of GQ. 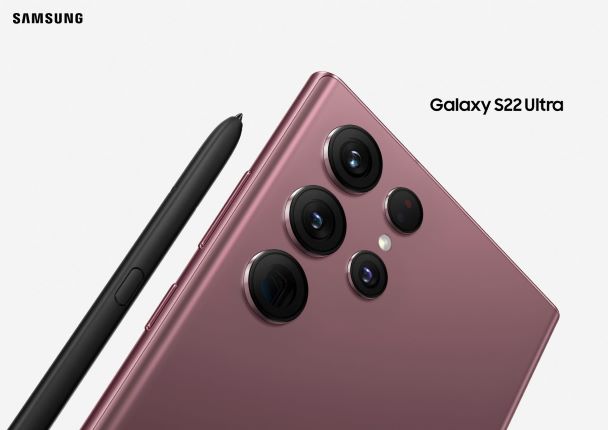 1Estimated against the usage profile of an average/typical user. Independently assessed by Strategy Analytics between 2021.12.08–12.20 in USA and UK with pre-release versions of SM-S901, SM-S906, SM-S908 under default setting using 5G Sub6 networks (NOT tested under 5G mmWave network). Actual battery life varies by network environment, features and apps