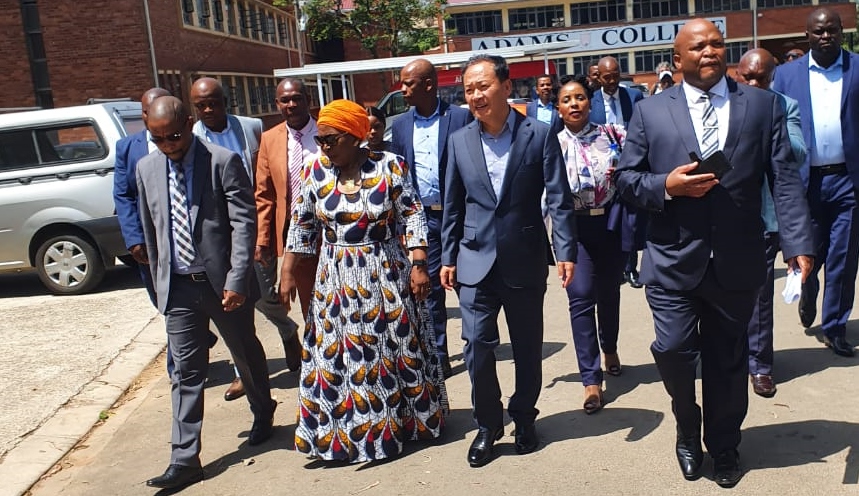 JOHANNESBURG, South Africa – 27 May, 2020 – Samsung South Africa has taken another significant step forward to build on its transformational vision. It has been announced that the company has secured a Broad-Based Black Economic Empowerment (B-BBEE) Level 1 Contribution Status for the second consecutive year. This certification is aligned with Samsung’s belief that companies must play an active role in empowering people across all industry sectors. This is why over time Samsung has invested in major social and enterprise development initiatives on a grass-roots level that allows the brand to be actively involved in the community as well as support local entrepreneurial talent.

“The certification demonstrates our dedication not only to operational excellence but to remain an active and enthusiastic contributor to the future of the South African economy. Samsung is dedicated to harnessing the power of technology to effect positive change. Our team is firmly committed to ensuring long-term sustainability and remaining aligned with the Government’s transformation imperatives, “says Hlubi Shivanda, Director: Business Innovation Group and Corporate Affairs at Samsung South Africa.

Samsung has wholeheartedly embraced the fundamentals of BBB-EE, which is why the company finds great purpose in contributing meaningfully to sustainable transformation across the Samsung value chain. This is demonstrated by Samsung’s enduring commitment to the objectives of the Broad-Based Black Economic Empowerment Act, in its ongoing objective to address the inequalities of the past.

Samsung is driven by a focus on the participation of black people in the management, ownership and control of South Africa’s economy. In 2019 Samsung launched a R280 Million Equity Equivalent Investment Programme, aimed at stimulating job creation. It is estimated that it will contribute nearly R1 Billion to the South African economy at large. This investment is supplemented by initiatives focussed on the upskilling of youth such as in the Samsung Engineering Academy, technology-based facilities in schools and universities, as well as student bursaries. Ultimately, the aim is to pursue opportunities for people to become actively engaged in the economy. This will have an impact on families, communities and ultimately the entire nation.

“We will continue to work directly with Government through education programmes, bursaries and entrepreneurial initiatives. Additionally, everything from the empowerment of our staff, Samsung Engineering Academies and Enterprise Development programmes will continue to actively reflect our unwavering commitment to the prosperity of the country and its people,” concludes Shivanda.