Disney set to continue its successful collaboration with Samsung 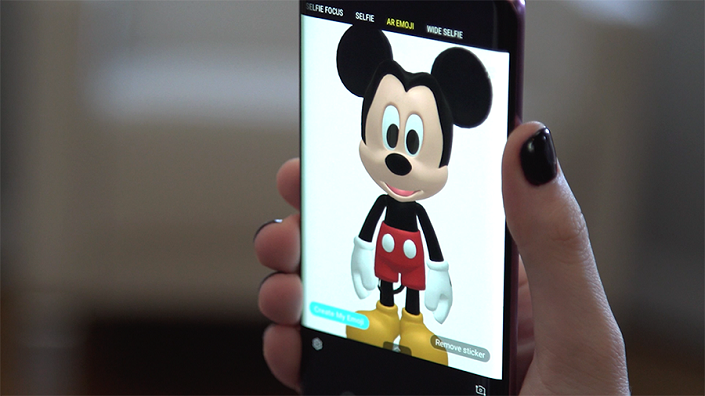 JOHANNESBURG, South Africa – 19 September 2018 – Entitled “Mickey the True Original”— Samsung has collaborated with Disney on a global celebration of Mickey Mouse’s 90th Anniversary.  All over the world, including South Africa, a commemoration campaign will come to life through collaborations with other true original brands, as well as engaging content and events that embrace Mickey’s impact on the past, present and future.

“Mickey Mouse’s status as a pop-culture icon is unquestionable. He sparks childhood nostalgia in adults and delights children wherever he goes. Samsung is proud to create innovative platforms to showcase Disney characters and, with this 90th anniversary celebration of Mickey Mouse, we look forward to continue doing so,” says Justin Hume, Director: Integrated Mobility at Samsung South Africa.

Bringing generations together more than any other animated character, Mickey Mouse is the “True Original” who reminds people of all ages of the benefits of laughter, optimism, hope and education. He has a universal appeal and ability to emotionally connect with people all over the world.

This is evident with the incredible collaborations Samsung has with Disney. Samsung has already teamed up to make messaging a little more incredible by bringing classic Disney characters to life as AR Emojis. Consumers using flagship devices from Samsung, including the recent launch of the Galaxy Note9, can personalise their messages with augmented-reality avatars of Disney characters. With the addition of a Mickey Mouse avatar, this creative spirit continues.

As 2018 marks 90 years since his first appearance in Steamboat Willie on 18th November 1928, a series of local celebrations will be taking place this year, including a primetime television special to air on M-Net 101 later this year, the Mickey The True Original South African Exhibit that will travel to three South African cities, the World’s Biggest Mickey Mouse Party hosted at Disney Parks around the world and much more.

To date, Mickey Mouse has appeared in more than 120 animated titles and can currently be seen in Mickey Mouse animated shorts, Mickey Mouse Clubhouse and Mickey and the Roadster Racers on Disney Channel and Disney Junior. Not only does he appear in the world’s most famous theme parks, he also stars in multiple touring productions such as Disney On Ice and Disney Live! and continues to fulfil his role as the icon for everything Disney.

“Mickey Mouse is fun, active, optimistic and a natural leader, who embodies the childlike wonder that sparks original thinking. Samsung is delighted to share in the celebrations and introduce pioneering technologies that will bring Mickey Mouse to life, in innovative ways that capture the imagination of the world’s new generation of South African digital natives”, says Hume.

Since his big-screen debut in Steamboat Willie on November 18, 1928, Mickey has become the global ambassador for The Walt Disney Company. From the beloved Mickey Mouse Club to today’s Mickey Mouse cartoon shorts, Mickey’s optimistic outlook and endearing personality continue to delight fans around the world every day. The 90-year celebration of Mickey will continue across the Company through a star-studded special on ABC, a new series of Mickey Mouse animated shorts on Disney Channel, events at Disney Parks around the world and more.