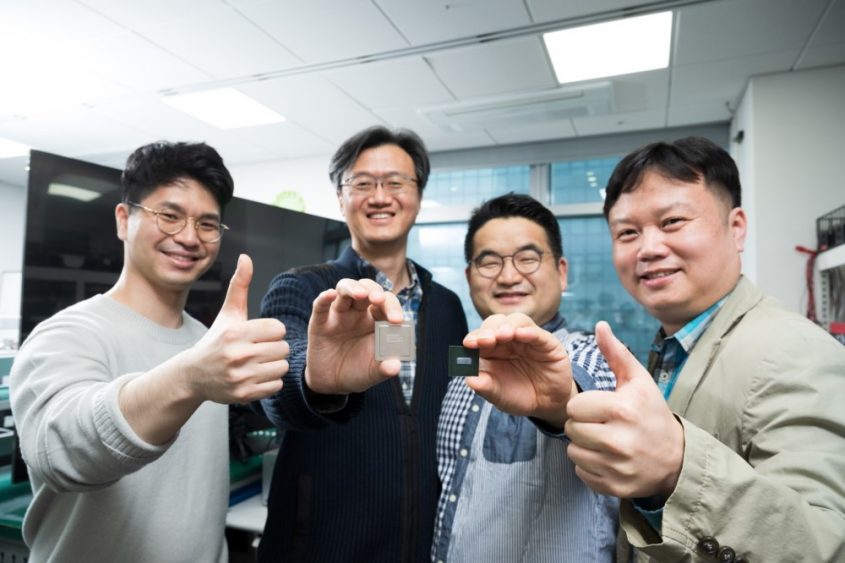 JOHANNESBURG, South Africa – 9 November 2021 – With the continued evolution of high-definition televisions, the worlds displayed on our TV screens are becoming more realistic than ever. 8K TVs, which represent the new standard of premium television, maximize immersion by providing such vivid high definition that it is like users are beholding the scenes before their very eyes.

This incredibly sharp resolution was made possible by the enhancement of the semiconductors within the TVs. Capable of enabling the functions that allow sharper resolution, these solutions are the DTV SoC (Digital TV System on Chip), T-CON (Timing Controller), and DDI (Display Driver IC). Samsung Newsroom sat down with the developers of S6HD820 (which opened the door for 8nm1 DTV SoC), S6TST21 (the industry’s first 8K 120Hz T-CON) and S6CT9BC (a DDI with a maximum speed of 8Gbps) to hear the story of the unseen innovation behind these solutions.

From DTV SoC to DDI – Sending Video Signals to Displays

Unlike in the past when televisions were only used for watching shows, the role of the TV has gradually expanded over time. These days, our TVs are becoming a platform that also allows us to play games, work out as well as do a broad range of other activities. As people come to expect a more diverse range of features from their TVs, a higher standard of premium features is also being brought to televisions.

TVs are output devices for content, making a high standard of picture quality crucial for user satisfaction. Digital signals generally undergo three stages before being displayed. First, the DTV SoC receives compressed data from broadcasts or the internet, extracts the data to convert it into video and sends the video and audio to the screen and speakers. The T-CON then receives the processed video data and sends it back to the DDI with careful timing to ensure smooth operation. Last, the digital signal sent to the DDI is converted to an analogue format and the video is displayed on the TV screen.

Simplifying DTV SoC with ‘One Chip’ and Enhancing NPU Function 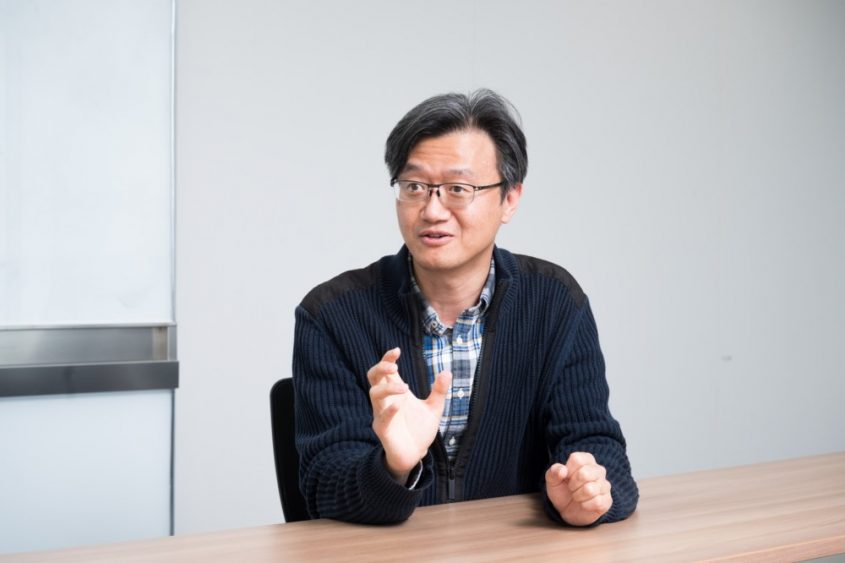 As picture quality has evolved from the 4K to the 8K standard, the role of the DTV SOC has become more important. Samsung’s developers were committed to finding a solution that would support 8K resolution while also reducing power usage at the same time. An NPU (Neural Processing Unit) was applied to the DTV SoC so that AI technology could be applied to the overall improvement of both picture quality and audio processing. This technology led to a much more precise display output. On top of this, the DTV SoC has been integrated with an upscaling IC2 to improve power efficiency.

The biggest hurdle in creating the 8nm1 DTV SoC, known as S6HD820, was the complex engineering required to integrate two ICs into one chip and the subsequent issue of overheating. “The better the NPU performance, the more the AI learning is reinforced, which leads to better TV performance. But this also makes semiconductors that much more complex to engineer and results in more severe overheating,” said Hansoo Seong. “We worked hard to find the right balance to prevent excessive overheating, and eventually succeeded in optimizing the solution.”

The Evolution of T-CON: From Two 60Hz Chips to a Single 120Hz Chip

The T-CON takes the video data from the DTV SoC and converts it according to the demands of the DDI. “The bigger the panel size and the higher the resolution, the more important the role of the T-CON becomes,” said Junghyun Lim, who participated in developing Samsung’s latest 8K T-CON. “The data transmission speed of the T-CON is also important when it comes to quickly transmitting high-resolution video data to the DDI.” 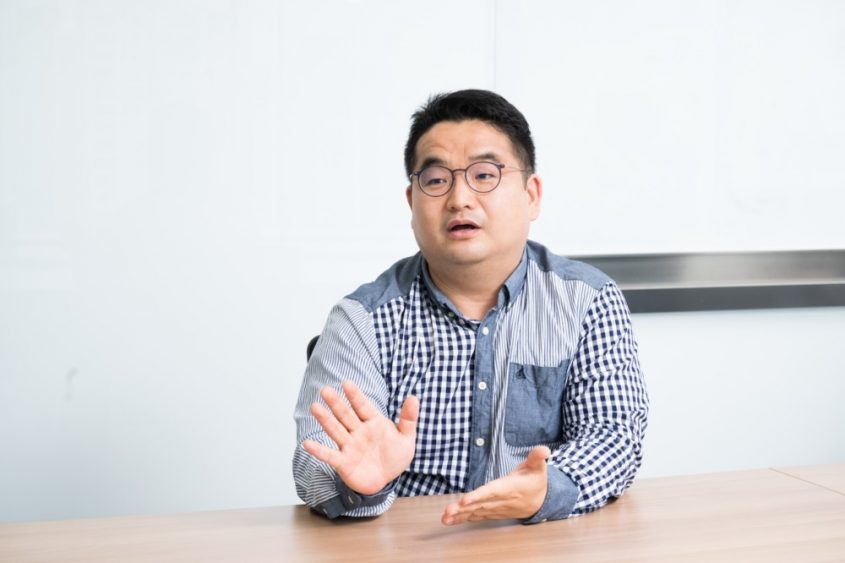 With the improvement from 4K to 8K, screen resolution increases by four times. Thus, the amount of data that needs to be sent also quadruples, which means the T-CON’s speed needs to be enhanced as well. The development team solved the overheating problem that accompanies rapidly rising speeds by applying a new node process and simplifying the chips. In addition, the two 8K 60Hz chips have been integrated to become one S6TST21.

The DDI is responsible for the final step before the video is displayed. This is where the digital data received from the T-CON is converted into the analogue signal that will be used as input for the display. Yongjoo Song, who participated in development of the DDI, said, “The DDI needs to deliver high analogue voltage to the panel quickly and precisely to allow the video data from the T-CON to be displayed accurately.” 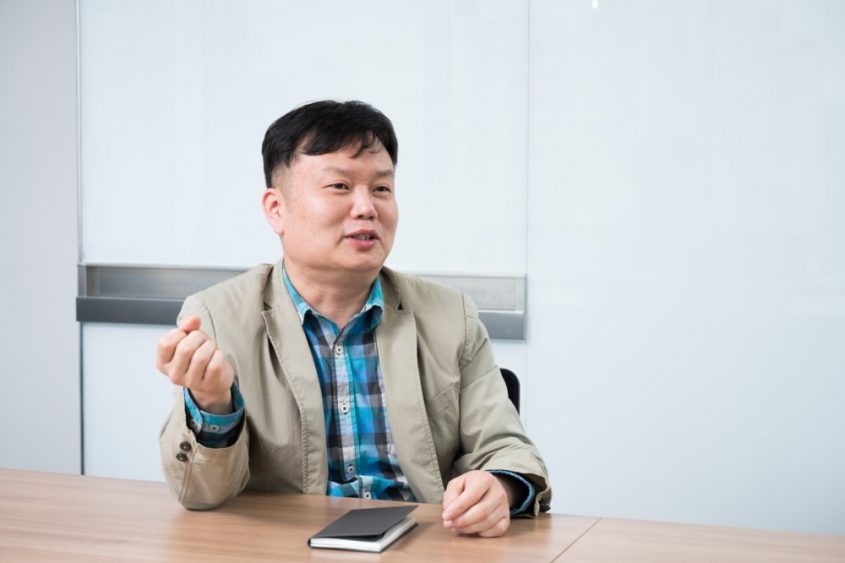 To facilitate the increase in voltage, a new driver IC became necessary that could simultaneously handle higher voltages and prevent overheating. “Increasing the speed of the driver buffer was the most difficult challenge,” said Yongjoo Song. “After changing the circuit structure and layout in a range of ways to reduce the driver IC’s input/output latency, we were able to develop a new driver IC that could operate at faster speeds.”

The Secret to Tech Leadership: Development of Samsung’s Own Interface and Organic Semiconductor

From 4K to 8K TVs, the secret to Samsung’s technological leadership is its know-how and the high level of consumer trust it has accumulated over time. In addition, Samsung is constantly analysing market and technology trends to apply them to products, and Samsung’s own interface has played a huge role in these efforts. “The Samsung interface not only delivers speed but also utilizes the company’s semiconductor driver technologies,” said Sangdeok Kim. “By utilizing its own interface, Samsung was able to make the 8K TV DDI based on the industry’s fastest interface.” 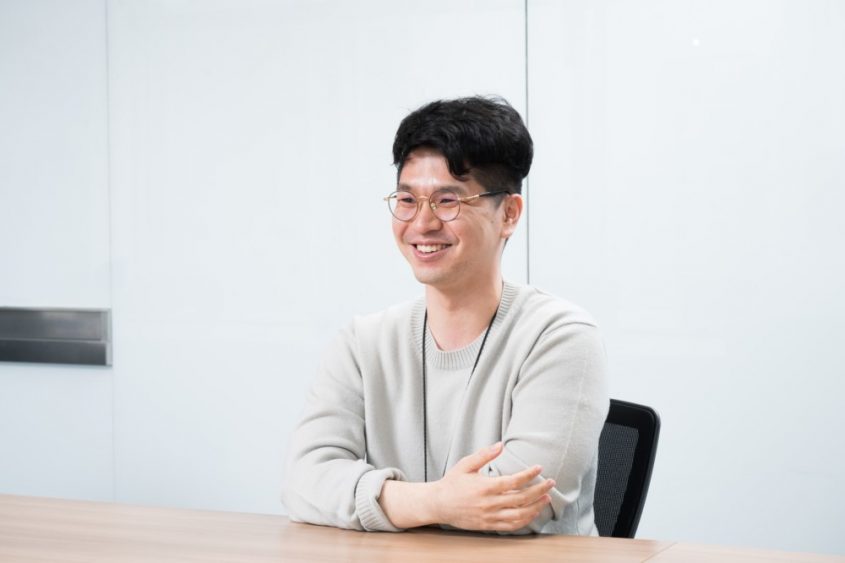 Another one of Samsung’s unique advantages is that it is developing the DTV SoC, T-CON and DDI in tandem with one another. This offers a big advantage, as it allows better integration and compatibility among the three components that must work together. 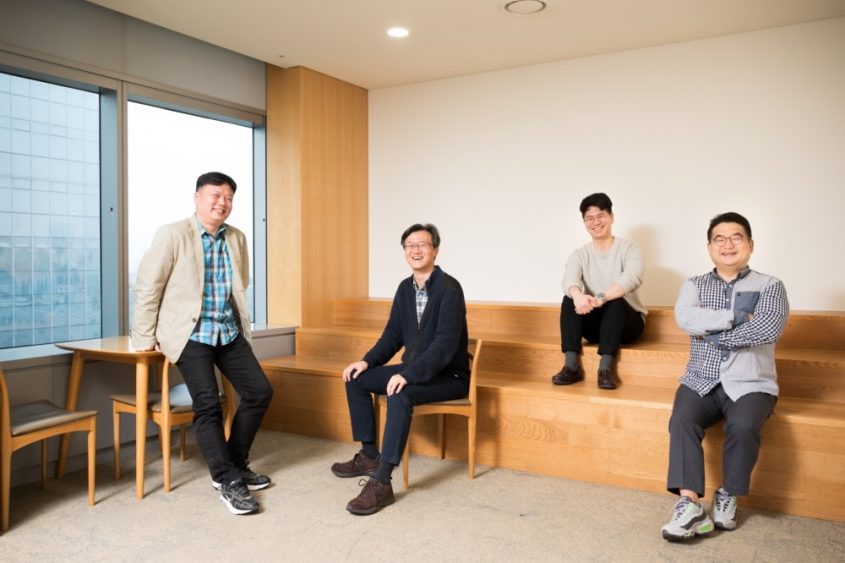 The developers from Samsung’s S.LSI Business make no secret of their excitement regarding 8K TV technology and the future of semiconductors. “When I first started working in this area, I was making semiconductors for FHD-resolution TVs. I remember feeling very proud when the products entered mass production,” related Yongjoo Song. “Already, TV resolutions have surpassed 4K to reach the 8K standard, and TV screens continue to get bigger and bigger. With larger high-resolution TVs being introduced to the market, semiconductors must be equipped to perform more complex functions, which adds to the challenges in developing them. But overcoming those challenges will remain the ever-present goal for developers like us.”