Take Note And Change The Game 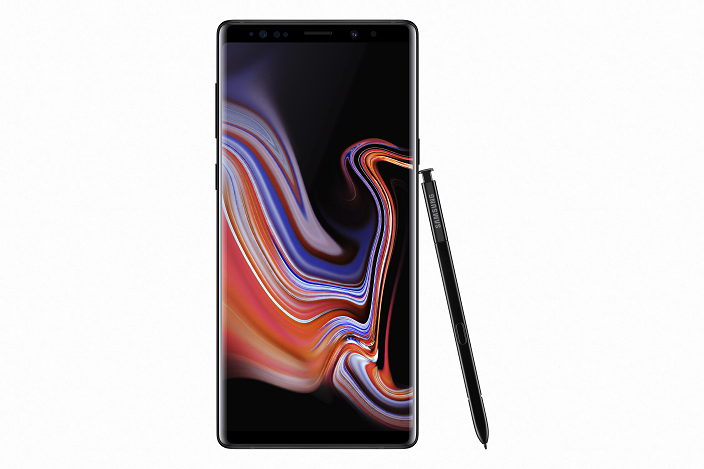 JOHANNESBURG, South Africa, 29 August 2018 – There’s so much to take in everyday – humans are constantly bombarded with information and time-wasting messages like fake news or cute cats which cause distraction. This is why it’s essential to be able to stay on top of what is meaningful to your life and work. The Ancient Greeks had a way of taking notes – recording important information – called hupomnema and Plato had a theory which recognised writing as an artificial memory device and which he taught his students.

Justin Hume, Chief Marketing Officer for Samsung South Africa, says, “Samsung focusses on people-centred innovation and we know that taking notes is one of the most powerful tools in anyone’s day. So, we developed a product that not only allows you to take notes with ease, it’s also a game-changing device.”

For some, their device needs to be a magical wand that makes deadlines disappear at will. For others, it’s the technology that makes their weekend selfies look #winning on Instagram. The game-changing Samsung Galaxy Note9 appeals to both. Samsung has captured the hearts and minds of gamers, creatives, the always-on business professionals, socialites and many more – all at once.

The Samsung Galaxy Note9 does not sport an impeccably manicured hipster beard or dispense the perfect macchiato, but it does act the part. The Note9 is a creative’s best friend – an imaginative guide to navigate a world of possibilities. Intelligence embedded into the device’s camera, like scene optimiser or flaw detection transforms the amateur into the professional. It offers the promise of power – power that can easily knock out items on a to-do list of tedious tasks faster and better. Which means there is more time dedicated to concept and execution. The remote-control abilities of the Bluetooth-enabled S Pen adds flair to the fun, ensuring creative professionals can do presentations, take pictures and play music with an ingenious click. And any successful presentation can be happily discussed over a macchiato purchased effortlessly with Samsung Pay.

For the business professional the device is an efficient, well-tailored assistant dedicated to serving every business objective. The Samsung Galaxy Note9 has created a platform for employees to connect with colleagues and clients to accomplish a myriad of duties. It goes without saying that the all-day battery is designed to ensure continuous productivity at a time when the pressure to deliver has never been higher. The new Bluetooth-enabled S Pen also adds a whole new dimension to the device. It’s a remote control to do so much more from client presentations to teambuilding weekends. Additionally, the Note9 has biometric scanning (facial recognition, iris scanner and a fingerprint reader) for the ultimate in modern business security, as well as the built-in peace of mind of Samsung Knox, so your business secrets stay on a need-to-know basis. And the device’s generous amount of screen space makes it easy to run and use two apps at the same time, which is ideal for multitasking. This device is most definitely destined for the boardroom.

The Note9 has a slick, 6-4-inch Super Amoled screen. In the hands of a gamer its look is transformed. It’s a beast – bigger, better and stronger. The best of the Samsung Galaxy S9 and Note 8 have been combined into a system that enriches gaming with a massive battery and ultra-fast, water-carbon cooling system that helps manage heat during serious gaming sessions. This performance can be tested with the release of Fortnite on the Samsung Galaxy Note9, the first Android phone to support this widely popular video-and-smartphone survival game. Game on!

In the hands of the selfie meister, this phone and its powerful S Pen are a must-have fashion accessory. The device’s diamond cutting 3D infinity screen is priceless. It’s as good in the spotlight as it is in the dark. The Note9’s camera intelligence in low-light conditions mean there is no occasion where it doesn’t sparkle, and with the planet’s best water and dust resistance, it’s always dressed to impress.

The Samsung Galaxy Note9 has many faces, but it hardly blends into the crowd. It’s a standout device designed to be what its user wants it to be. It can adapt at will, which is why it can truly be called a game changer.