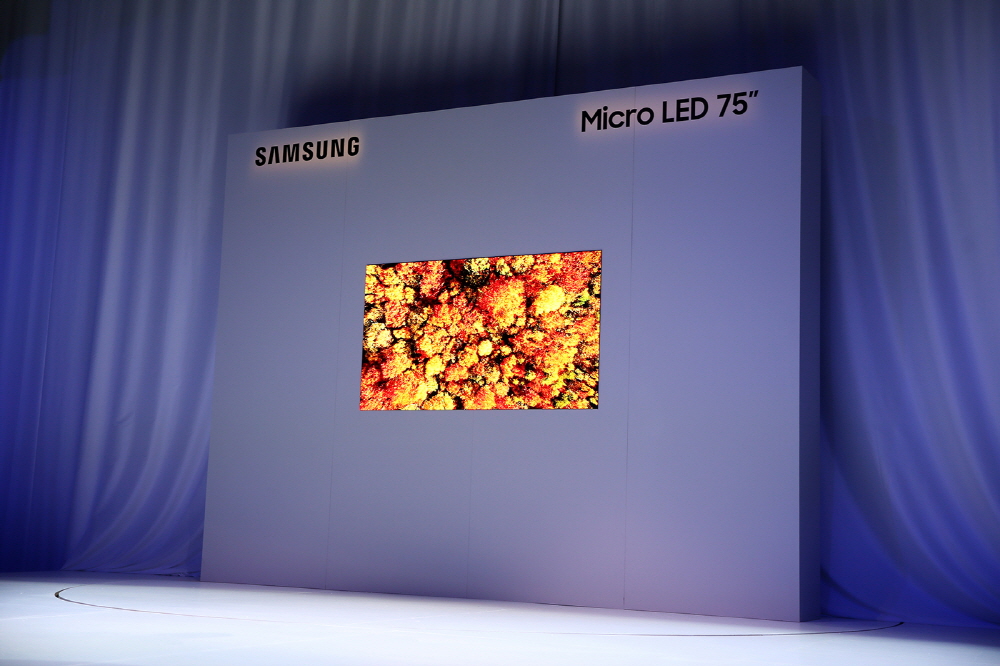 at the Samsung First Look Event during the Consumer Electronics Show on Sunday, January 6, 2018 in Las Vegas. (Danny Moloshok/AP Images for Samsung)

At last year’s CES, Samsung introduced Micro LED by unveiling The Wall, the critically acclaimed, award-winning 146” Micro LED display. The Wall launched in Canada in 2018. Due to the technical advancements in the ultra-fine pitch semiconductor packaging process that narrow the gap between the microscopic LED chips, Samsung has now been able to create a stunning 4K Micro LED display in a smaller, more home-friendly 75” form factor.

Thanks to the modular nature of Micro LED, this technology offers flexibility in screen size that allows users to customize it to fit their preferred room or space. By adding Micro LED modules, users can expand their display to almost any size they desire. The modular functionality of Micro LED will allow users in the future to create the ultimate display even at irregular 9×3, 1×7 or 5×1 screen sizes that best suits their spatial, aesthetic and functional needs.

Samsung’s Micro LED technology also optimizes the content to suit the size and shape of the screen. Even when adding more modules, Samsung Micro LED displays can scale to increase the resolution — all while keeping the pixel density constant. Additionally, Micro LED can support everything from the standard 16:9 content, to 21:9 widescreen films, to unconventional aspect ratios like 32:9, or even 1:1 – without having to make any compromises in its picture quality.

Finally, because Micro LED displays are bezel-free, there are no borders between modules – even when you add more. The result is a seamless, stunning infinity pool effect that allows the display to elegantly blend into any living environment. The possibilities for eye-catching designs are only enhanced by new Ambient Mode features that allow it to display various imagery that helps the screen easily blend in with its surroundings.