“It truly delivers the emotions I hoped to convey in my film,” South Korean film director Hoon Jang said of Samsung’s Cinema LED Screen after watching his recently premiered film, “A Taxi Driver,” on the display for the first time at the Lotte Cinema World Tower in Seoul.

The director, who is known for his engaging, well-plotted thrillers such as “Secret Reunion” and “The Front Line,” had already seen the film in several other theaters. However, none of the screenings could compare to the one at the SUPER S theater, the home of the world’s first Cinema LED Screen, a projector-less, HDR screen that creates a captivating viewing experience through next-generation picture quality and true-to-life audio.

“I’ve been really curious as to what this new screen might be like,” Jang said, referring to the 10.3-meter-wide display, which provides ultra-sharp resolution, bright colors and deep blacks. “Now, I can see that its picture and audio quality will enable directors like myself to more effectively achieve their intended results.”

Jang also noted that the display will help to ensure that all audiences of a film can have the same visual experience, in the way the filmmaker intended. “With conventional projector-based systems, picture quality can differ from theater to theater,” he said. “But the Cinema LED Screen will provide consistent picture quality, no matter the venue in which the film is shown.”

Jang is not the only big name in the industry to be impressed by the visually captivating display.

Director Woo-suk Yang (“The Attorney”) noted at the launching event of the Cinema LED Screen earlier this month that the unveiling of the display marked a “monumental moment” in the 120-year-long history of film, and that Samsung’s technology will create a “revolutionary change” in the way we watch movies. 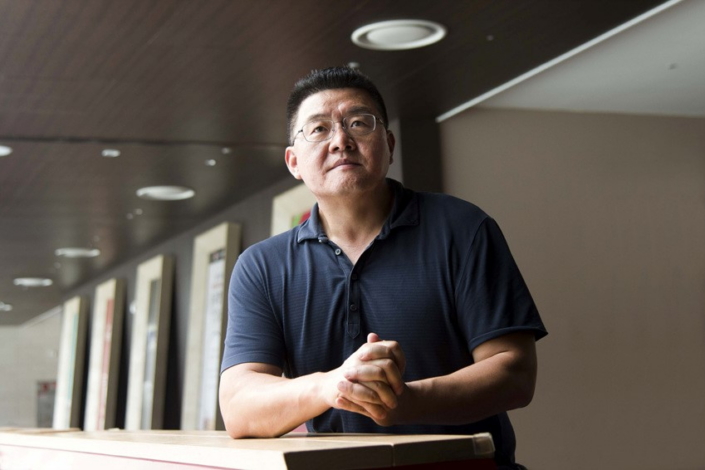 Director Yang noted at the launching event, “Today marks a monumental moment in the history of movies.”

“It’s been 20 years since the industry began using the term ‘digital cinema’ and it’s only now that we can enjoy motion pictures in a theater directly from the light source, rather than from a projector,” he said. “As a result, there are about to be a lot of changes across the movie industry as a whole – from the actual filming to the editing and finishing processes.”

Unlike standard projectors, which lose color quality as brightness is increased, the Cinema LED Screen maintains perfect color accuracy at peak brightness levels, which are nearly 10 times greater than those of conventional theater projectors. This allows for a more vibrant and immersive viewing experience, as the characters and settings on the screen look exactly as they would in real life. These realistic visuals are complemented by an audio performance that’s just as lifelike, thanks to the screen’s integrated sound technologies from JBL by HARMAN. 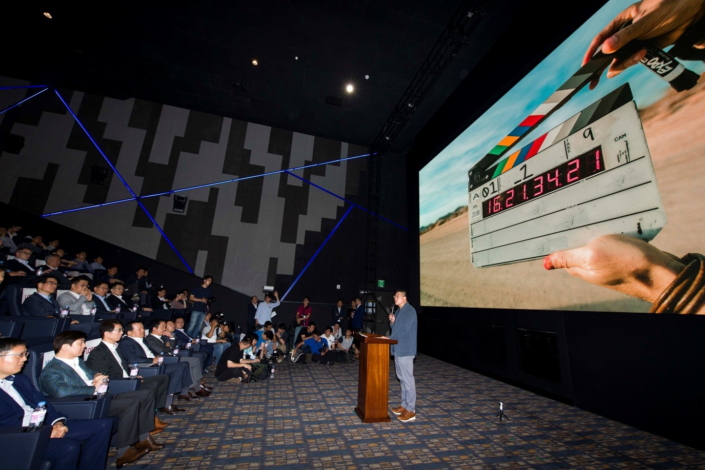