‘Be Like Tesla’ Project: Instilling a Passion for Innovation among Serbia’s Youth 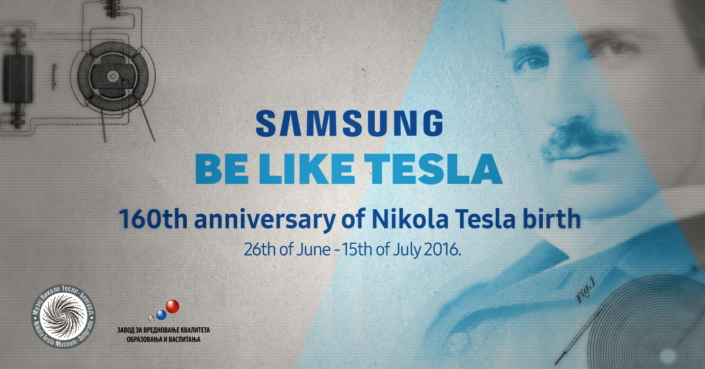 For fans of science, Serbia is well-known as the birthplace of many world famous scientists from Mihailo Pupin to Mileva Einstein to Milutin Milankovic. However, among these, the name that often first comes to mind when thinking about Serbia and its contributions to the scientific community is the inventor of the modern AC electricity supply system, Nikola Tesla.

Samsung Electronics Adria (SEAD) in cooperation with the Museum of Nikola Tesla in Belgrade, as well as the Institute for Educational Quality and Evaluation, recently organized the local corporate citizenship project ‘Be Like Tesla’ in celebration of the 160th anniversary of Tesla’s birth. With Serbia continuing to face economic challenges and the flight of young people abroad, the project was designed to invest in and raise a new generation of Tesla’s for the future of Serbia.

The ‘Be Like Tesla’ project incorporated multiple program elements designed to raise appreciation for Tesla as well as instill a passion for innovation among students.

The ‘Be Like Tesla’ project first kicked off at the end of 2015 with the ‘Be Like Tesla’ caravan which toured 17 cities across Serbia over a one-month period. Driving into and parking at a conference hall in the various cities it visited, the caravan housed interactive lectures for students utilizing the technology tools of the Samsung Digital Classroom. All lectures were performed by the popular young Serbian actor Biojan Dimitrijevic, who playing the part of Nikola Tesla, taught children about his life achievements. In total, over 3,000 students visited the caravan during its tour throughout Serbia. 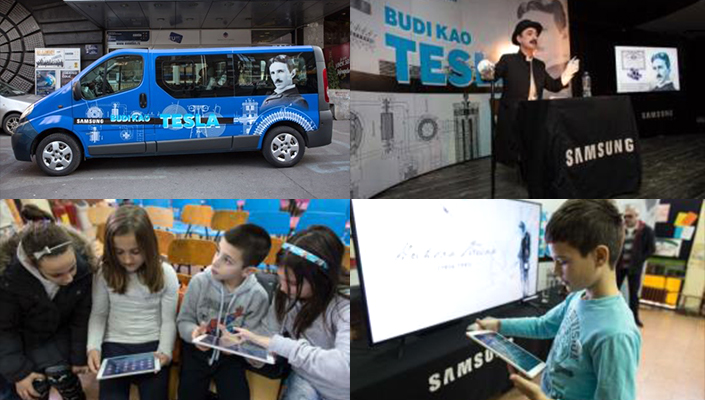 In 2016, the ‘Be Like Tesla’ project included a national competition for Serbian primary school students during May and June. Students were tasked to develop an invention inspired by the works of Nikola Tesla with about 150 schools from across Serbia taking part in the competition.

In the lead-up to the announcement of the winner, the ‘Be Like Tesla’ project also organized a major exhibition from June to July at Kalemegdan (aka, the Belgrade Fortress) in Belgrade. One of Serbia’s most important national symbols, the fortress is visited by upwards of 30,000 local and overseas tourists daily. At Kalmegdan, the exhibition featured 90 different panels on both the life and work of Nikola Tesla, as well as the projects of the national school competition finalists. 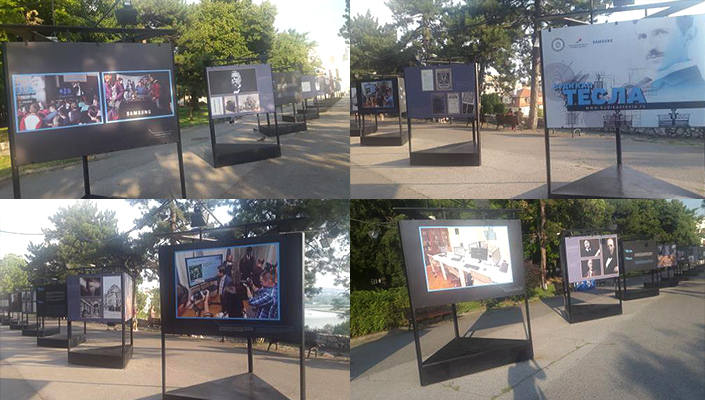 In addition, a demo of the Samsung Digital Classroom was also organized at Kalmegdan featuring exhibits from the Museum of Nikola Tesla leveraging Samsung VR and other technology. 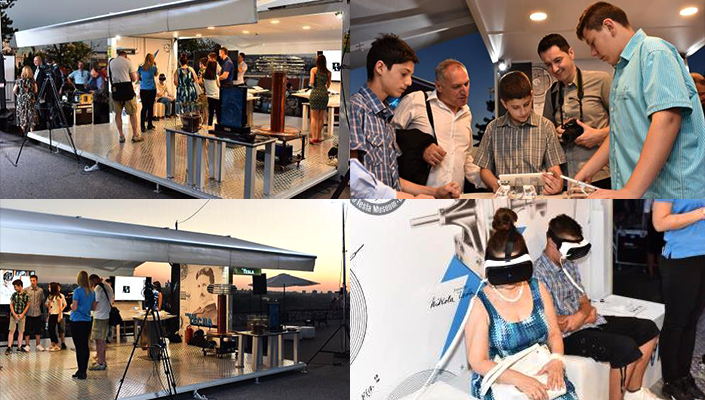 On July 10, the 160th birthday of Nikola Tesla, more than 5,000 people gathered at Kalmegdan to celebrate the winner of the national school competition. Dignatories on hand for the event included Sinisa Mali, the Mayor of Belgrade, other high-ranking state and city officials, representatives of the Nikola Tesla Museum, media, and Samsung representatives. During the proceedings, a live video stream from the Tesla Science Center in New York was also organized.

For the grand prize, primary school Mihajlo Pupin from Zemun, Belgrade was awarded for its project “Carousel.” The project featured operation of a toy carousel with a smartphone and sound recognition technology, leveraging wireless data transmission, one of Nikola Tesla’s inventions. As an award, the school and students received a fully-equipped Samsung Digital Classroom. 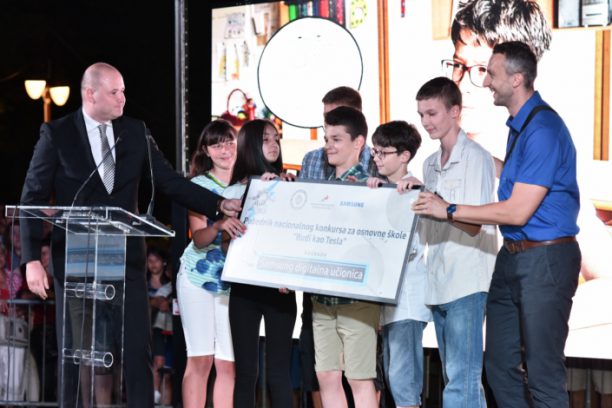 In addition, the jury also decided to award two more schools with Samsung TVs for their outstanding innovation and creativity including Sreten Mladenovic Mika from the city Nis for its project “Tesla’s Tower in Minecraft-u,” and elementary school IV Kraljevacki Battalion from Kraljevo for its video work, “Be Like Tesla.”

Following announcement of the winners, a Samsung representative also announced a three-year plan for continuing cooperation with the Museum of Nikola Tesla to further raise interest in science among Serbia’s youth leveraging the latest technology.

To celebrate both a great event and a successful project, the night also featured a special demonstration of a replica transformer, based on the model which Nikola Tesla constructed in Colorado Springs in 1899. The device uses modern technology and can produce voltages from 12 million volts, while its sparks can reach up to nine meters. The unique sight at Kalemegdan was watched live by thousands marking a striking end to a truly remarkable night. 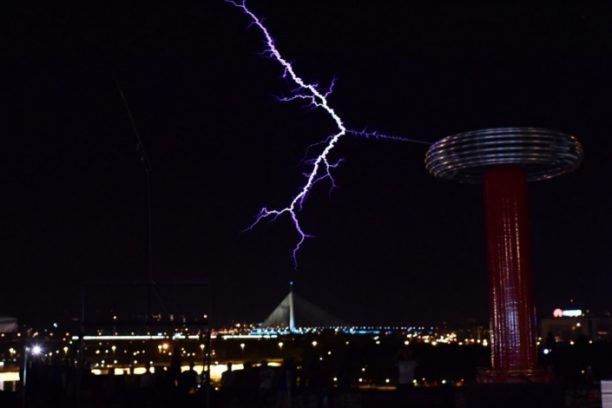