Behind the Scenes with Dirty Loops’ ‘Over the Horizon’ 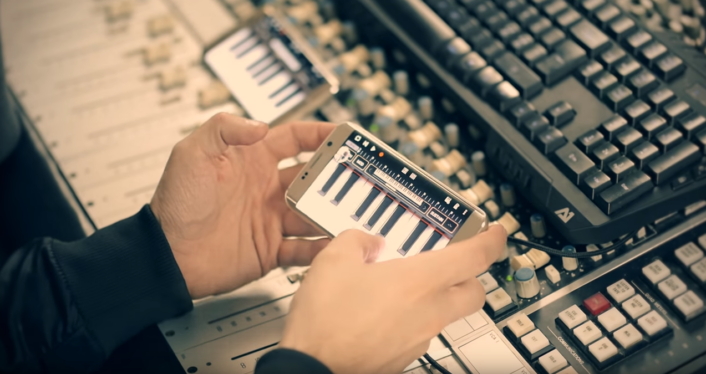 With the release of the Galaxy S7 and S7 edge on March 11, Samsung also released a 2016 version of its brand sound “Over the Horizon,” this time radically re-imagined by Swedish pop-funk group Dirty Loops. The new version is a fun and jazzy new take on the Galaxy’s signature sound.

Want to know more about how the group and the track’s producer created it? Then read on, and check out the video below.

“Dirty Loops’ music style is a mix of everything we’ve ever listened to, which is a lot actually,” said Jonah Nilsson, Dirty Loops’ lead singer and keyboardist. “So I think there is something in there for everybody to enjoy.”

To some extent, the Galaxy brand sound is unique in terms of the way people listen to it. After all, most people do not listen to a brand sound in quite the same way as they would, say, listen to their favorite songs.

“The biggest challenge with this project was going from the normal studio situation where you record for headphones or a big stereo system to instead recording for smartphone speakers,” said Henrik Linder, the act’s bassist. “It was quite a challenge.”

The track comes pre-loaded on all Galaxy S7 and S7 edge phones, so users can take a listen to it using the Music app. Samsung and Dirty Loops hope “Over the Horizon” new pop-fuelled sound will help to increase the sound’s appeal.

“My approach to mixing is a very musical one,” said Simon Petrén, the track’s producer and mastering engineer. “I’m a pianist myself, so I strive to find all those details and emphasize them. And in Dirty Loops’ case, you can tell that is a lot of detail.”

Check out the full version of Dirty Loops’ take on “Over the Horizon” here:

To learn more about how this latest version of “Over the Horizon” compares with the 2015 version of the brand sound, check out this story.