Bigger, Thinner, Brighter, Better: A Decade of Innovation in the CES Awards

Imagine a cutting-edge 56-inch TV that is more than 21 inches (55 centimeters) deep and weighs 134 pounds (61 kilograms). Or a cutting-edge mobile phone with a screen that is 128×160 pixels. Those specs may seem surprising now, but it was not long ago that those devices were so advanced they won Samsung Best of Innovation awards at CES—in 2004 for the TV and 2003 for the phone. But that is the nature of innovation, with each leap forward soon overtaken by the next one.

With more than 300 CES Innovations Awards over the past decade, including 22 Best of Innovation awards, Samsung Electronics has long led the way at the famous consumer electronics event. Since 2007, CES has recognized more than 50 of Samsung’s TVs, 50 mobile devices and accessories and 20 processors and memory components, firmly establishing the company as a tech leader. In addition, Samsung has won CES Innovation Awards for a wide range of its other devices, such as wearables, home appliances, virtual reality, healthcare devices and the Internet of Things (IoT).

But after so many years, the concept of “cutting edge” has changed significantly. 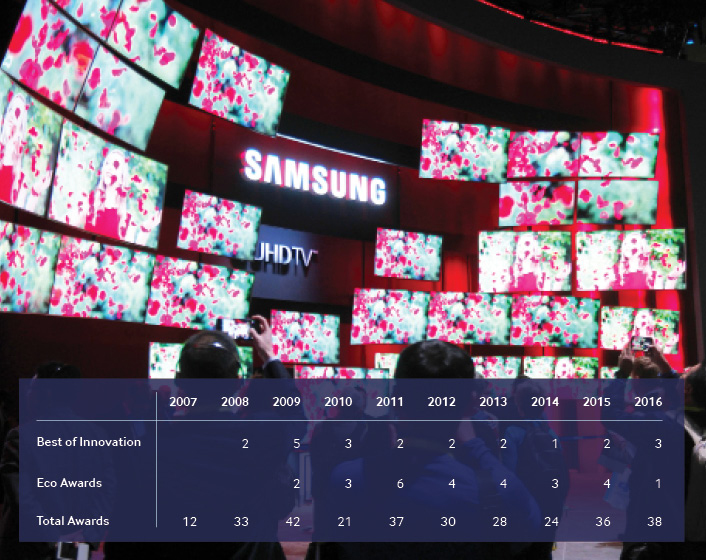 9 Times the Resolution—The Evolution of ‘Cutting-Edge’

Samsung has come a long way since it first started attending CES in the 1980s and actually won several dozen Innovation Awards in the 1990s for its TVs, VCRs, fax machines and microwave ovens. But since the turn of the new millennium, the company really amped up its advances.

Samsung TV picked up Best of Innovation awards in 2002—for its 24-inch TFT-LCD TV monitor—and in 2004 for the aforementioned HLP-5685W rear-projection DLP (digital light processing) TV. While today, nearly all TVs on the market are LCDs and high definition, back in 2002 it was still novel, making the TFT-LCD a premium product, even at 24 inches.

The HLP-5685W DLP TV was also hailed for its quality when it arrived, even though its screen resolution was just 720p. As a DLP screen, the 56-inch TV was big, measuring more than 58 inches wide, 58 inches high and 21 inches deep (147 centimeters by 147 centimeters by 55 centimeters). The TV was also recognized for being “light,” despite checking in at 61 kilograms. 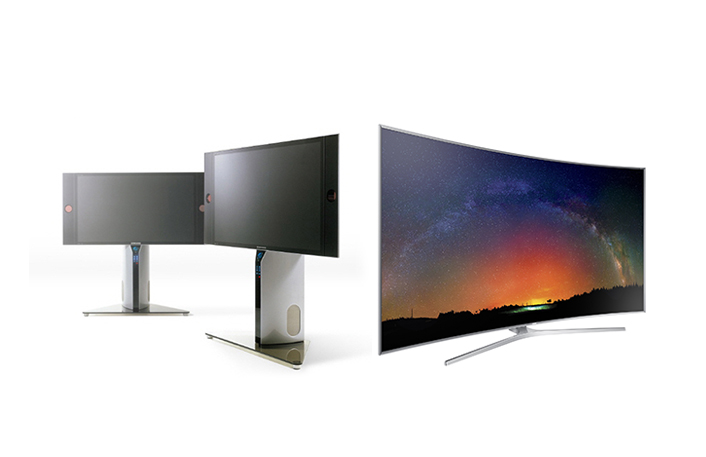 In contrast, the JS9500, Samsung’s latest SUHD TV, has nine times the resolution of that 2004 DLP and is just a fraction of the weight, with tiny frames and incredibly thin body. And, of course, with the advances in display technology, like high dynamic range (HDR), Nano Crystal Color and Multi-Zone Full Array Backlighting, the quality of the screens today cannot be compared.

Mobile phones have also seen radical changes over the years. In 2003, Samsung won a Best of Innovation award for its SGH v205 flip phone. Back then, state-of-the-art meant a 128X160 pixel screen in a device that was 23 millimeters thick, with the ability to hold 500 phone numbers and a 16-bit color palette. Today, Samsung’s flagship phone, the Galaxy S6 edge+ has a crystal-clear Super AMOLED screen with 2,560×1,440 pixels and a body that is 6.9 millimeters thick—needless to say, the Galaxy S6 edge+ is also a Best of Innovation winner at CES 2016. 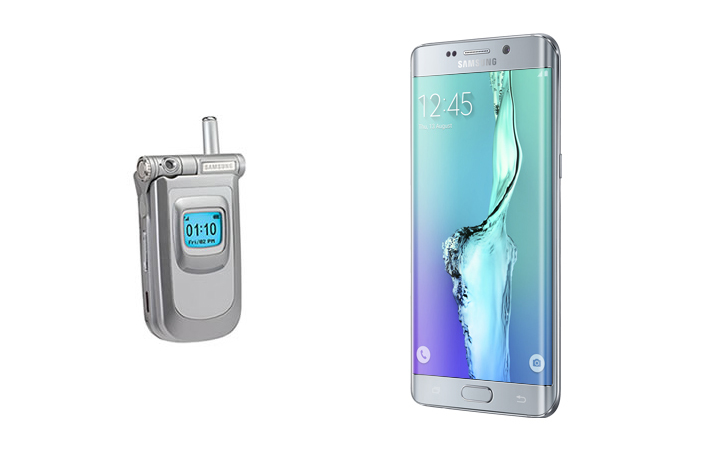 Memory and processors are also fields where Samsung has long led the way. In 2009, Samsung won an Innovation Award for its S3C6410 application processor, a System on Chip (SoC) microprocessor with a low-power, specialized architecture for use in embedded systems, like digital cameras, smart TVs and set-top boxes.

Leading the Way with Best of Innovation Awards 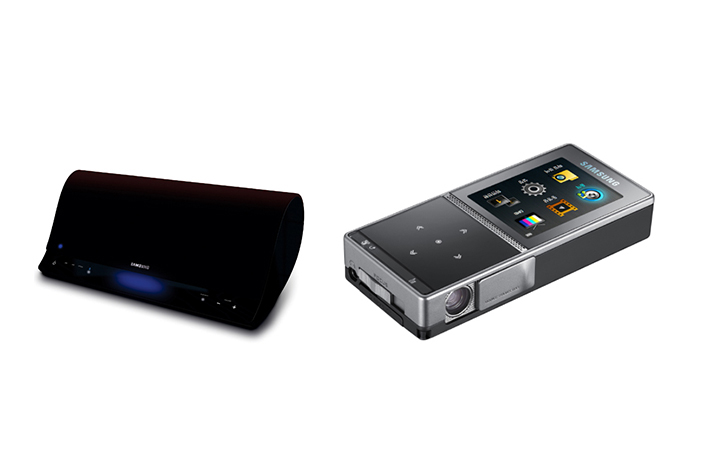 Over the past decade, Samsung has won 22 Best of Innovation awards—including five in 2009 alone—demonstrating the company’s dedication to always pushing the limits of consumer technology. While TVs have been a mainstay of this category, Samsung has also been recognized for a range of innovations.

In 2008, Samsung won for its Bluetooth speakers (YA-BS900), and the next year it picked up an award for its projector TV (MBP200). Three years in a row, from 2009 to 2011, it won Best of Innovation awards for its Blu-Ray players. For 2016, Samsung is extending its success to wireless handsets for the Galaxy S6 edge+ and wearables for the Gear S2.

As part of its innovations, Samsung has long put a premium on the environment, too, as reflected in the company’s many Eco Design awards since 2009. That year, Samsung was awarded two Eco Design awards, for its LCD46B600 TV and its WF448 washing machine. Since then, the company has also been recognized for its phones, memory devices, oven ranges, microwaves, smart light bulbs, printers and more, with more than 20 Eco Design awards. That commitment continues this year, with the latest TV model winning an Eco Design award, too. 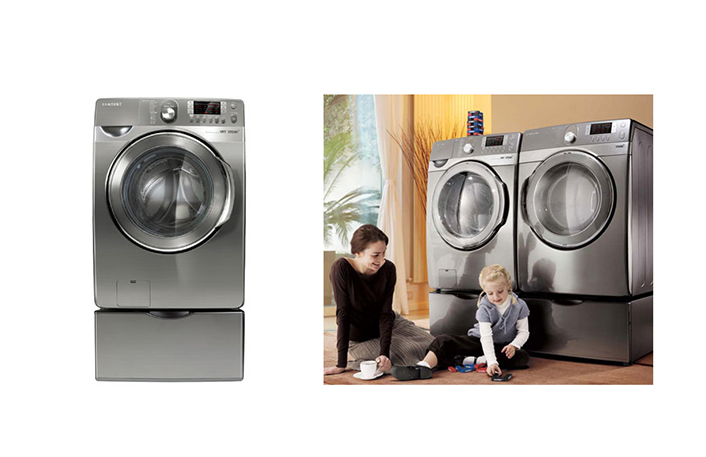 The Dedication to Progress Continues

Having won so many awards from CES over the past decade, Samsung has shown a continued dedication to developing the next-generation of technology. But none of these advances were innovation for innovation’s sake. It has always been about putting consumers first, and offering the best possible experiences for them. 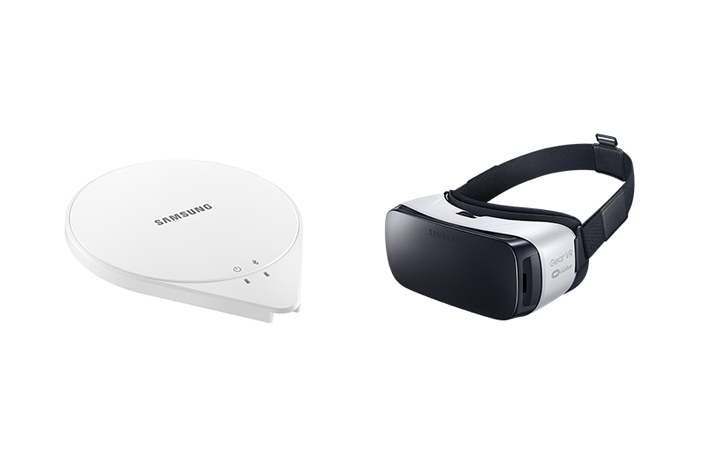