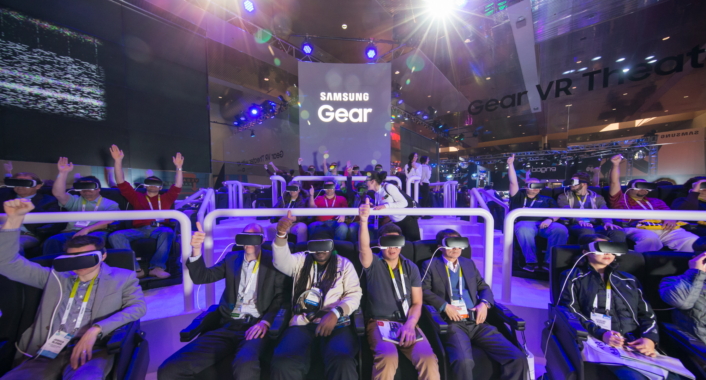 CES 2016 is in full swing and there’s plenty to see and do at Samsung Electronics’ booth. Among the show’s areas of interest is the Samsung Galaxy Studio’s Gear VR Theater with 4D —a spot so popular, in fact, that there was already an exceptionally long line of eager attendees waiting to check it out when it opened this morning. So far, even it’s the first day of show, there have been about 10,000 visitors at the Galaxy Studio, with around 2,000 participating in the activity.

Samsung Newsroom was fortunate enough to participate in the activity firsthand and we were just as excited to experience Samsung’s latest endeavors in virtual reality entertainment. Needless to say, we were not let down. 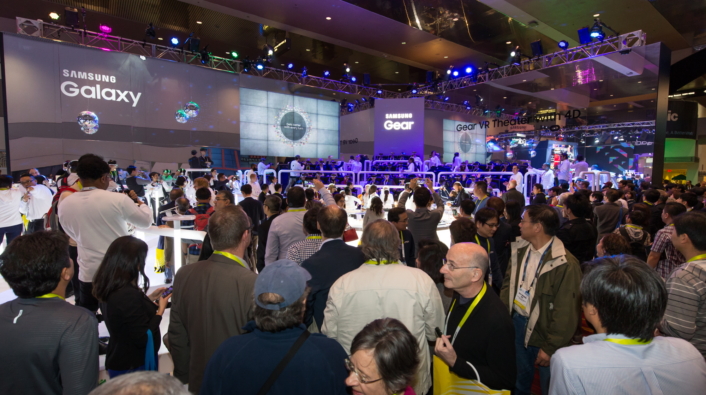 As we anxiously waited to take our seats, high-energy music sounded throughout the North Hall of the Las Vegas Convention Center, creating a lively atmosphere that complemented the neon that illuminated the Samsung Galaxy Studio. Not before long, we were showed to our seats—4D chairs that stretched out into a staggered semicircle overlooking the hubbub of the exhibition floor.

Following the directions of the assistants, we put on Samsung’s Gear VR headsets, not knowing what to expect next. In seconds, we were no longer in the middle of a tech exhibition, but were instead sitting in the front seat of a roller coaster train. 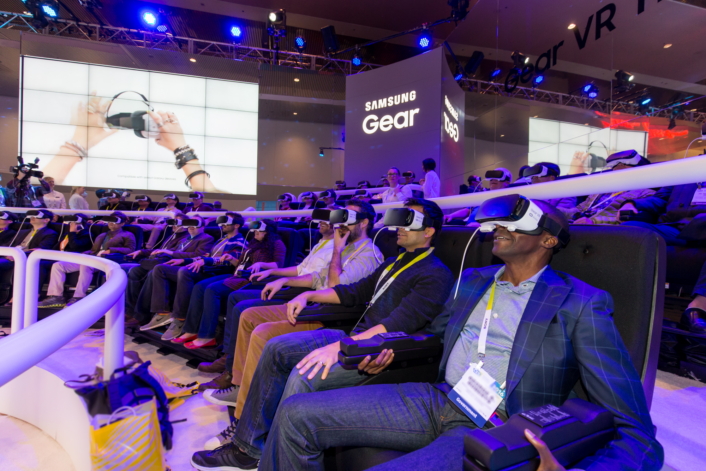 Soon, our chairs began to move in tandem with the video displayed on our headsets, and we couldn’t help but laugh in excitement as we felt the familiar jerk of the train as it moved along the wooden track below us. As we ascended to what felt like a rather terrifying height, we looked around in all directions, taking in the scenery of the surrounding wooded area and other amusement park rides that filled it. Unlike the traditional 4D theater experience in which viewers wear 3D glasses, this felt entirely new. It felt like we were really there.

Upon reaching the top, nervousness filled us while we looked down the drop. As we quickly veered through tight curves, excited chatter came from all directions. 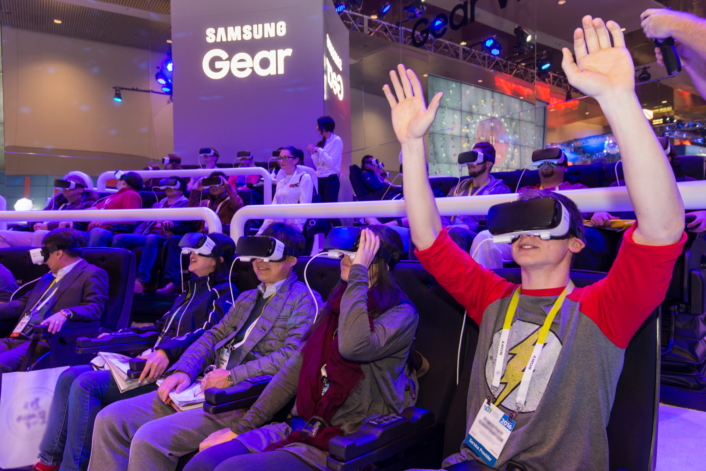 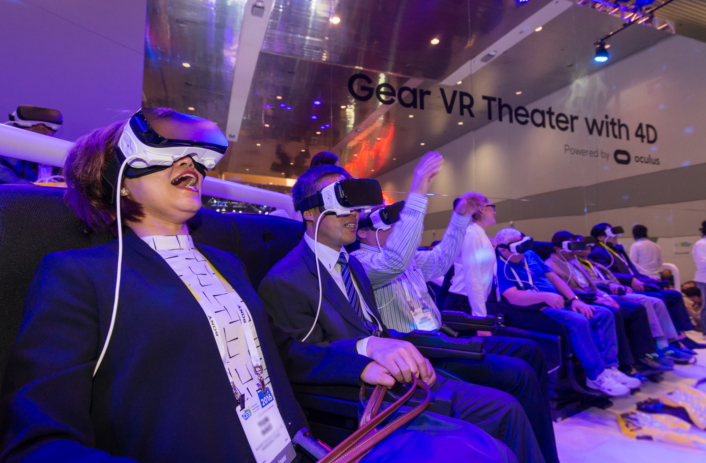 An attendee sitting next to us shouted, “Look behind you!” Sure enough, there was an animated group of adrenaline junkies holding in their screams.

Another participant nearby told his friend, “It feels so real!” And it did—very, very real.

The lifelike experience ended when we made it safely to the platform and were then transported back to the Samsung Galaxy Studio. Although we hadn’t known what to expect, one thing had been made clear: Samsung’s Gear VR had completely upgraded the 4D experience. 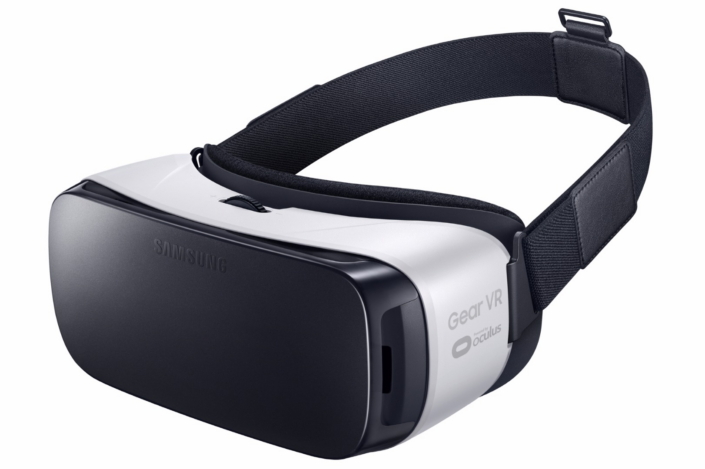 In addition to the “Wooden Coaster” video, Samsung is also showcasing other immersive virtual content such as “Horror Maze” and “Surfing in Tahiti.”

With all the announcements made by Samsung at CES 2016 thus far, including its growing ecosystem of partners like Oculus as well as its efforts to expand its content of 360-degree videos, it’s certain that the company will continue to transform the way the world is entertained.
For more information about CES 2016, please visit our exclusive page #SAMSUNGxCES2016