Following the one year anniversary of Samsung Pay, four Samsung Electronics employees embarked on a journey to see just how simple, safe and virtually anywhere the mobile payment service truly is.

The “Samsung Pay on the Road” campaign required that the team cycle across Korea using only Samsung Pay to pay for their expenses.

Leaving their wallets behind, the participants began their four-day expedition on October 29 at Seoul Sports Complex in the nation’s capital. As they traveled the 560-kilometer route to the southern coastal city of Busan, they were able to personally experience all the benefits Samsung Pay has to offer.

For example, they were able to make direct payments, withdraw cash from ATMs, and use membership cards at various businesses, even in the most remote areas of the country.

“We really wanted to prove the point that Samsung Pay can be used virtually anywhere.” stated David Bitton, one of the team members. “So every time I saw a card terminal, I said to myself, ‘That will work.’ And it did—even at fruit stands and seafood markets!”

Another participant, Philipp Rosenbauer, believes that introducing the service to doubtful locals was one of the more satisfying aspects of the trip.

“As members of the Samsung Pay team, we already knew about the benefits that Samsung Pay’s wide acceptance brings to users, thanks to our MST technology,” he noted. “However, ‘Samsung Pay on the Road’ allowed us to experience the widespread acceptance first-hand. Being able to interact with merchants in local markets in the countryside, and watching the service work to the shop owners’ surprise was a fun and rewarding experience.”

In addition to exploring unfamiliar places and trying new things, the team was also able to give back to the community. Based on the distance they traveled during the cross-country trip, the employees were able to raise money to purchase new school supplies and equipment for Hyunpoong Middle School in Daegu, Korea. 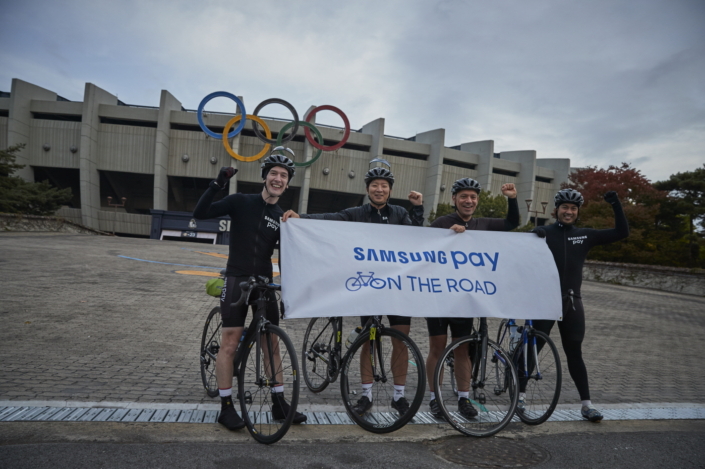 The “Samsung Pay on the Road” team gets ready to start their cross-country journey. Pictured (from left) are Philipp Rosenbauer, Chul Song, David Bitton and Derek Shimozawa. 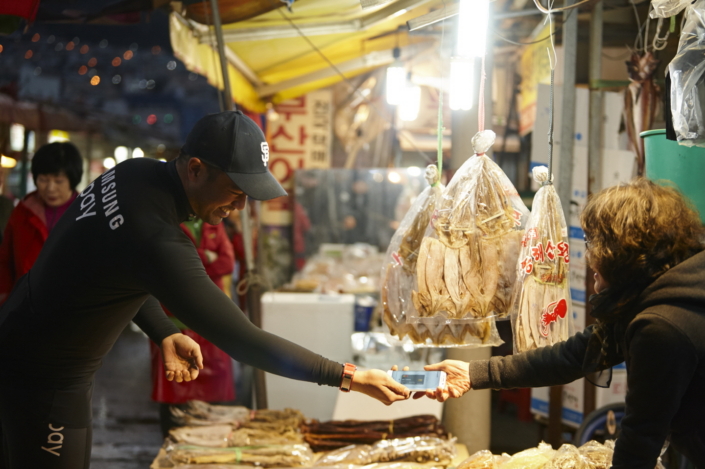 Derek Shimozawa uses Samsung Pay to make a purchase at a seafood market in Busan, Korea. 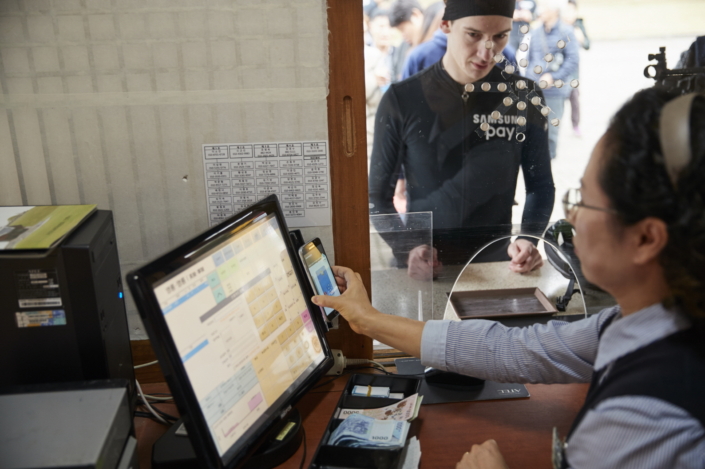 Philipp Rosenbauer enjoyed being able to introduce the mobile payment service to ticket counter staffs who had never used it before. 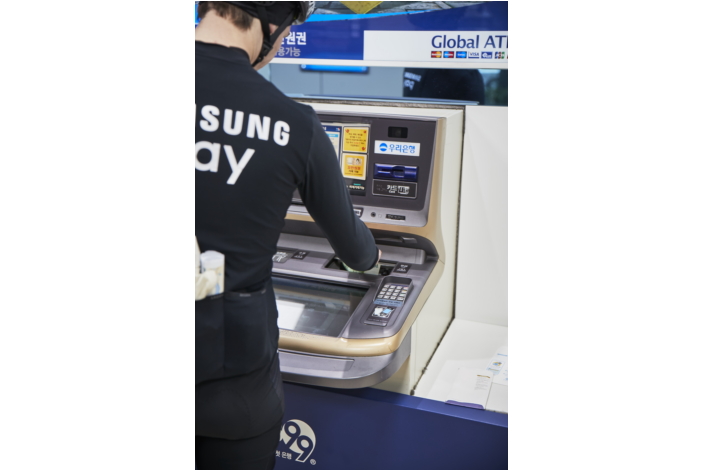 The “Samsung Pay on the Road” team took advantage of the many features of Samsung Pay throughout their trip, such as withdrawing cash from ATMs. 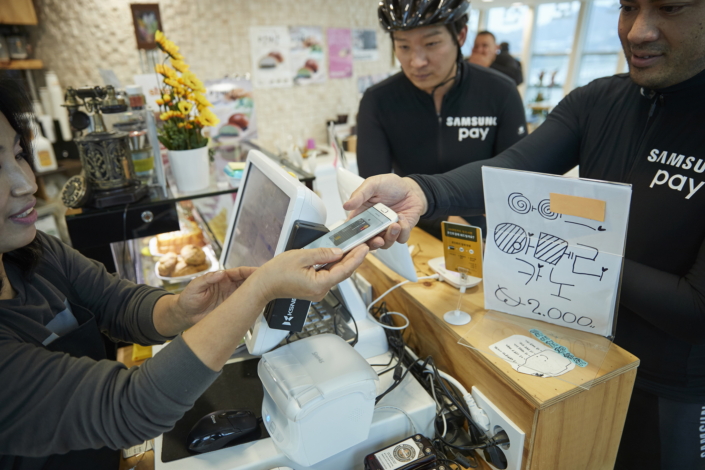 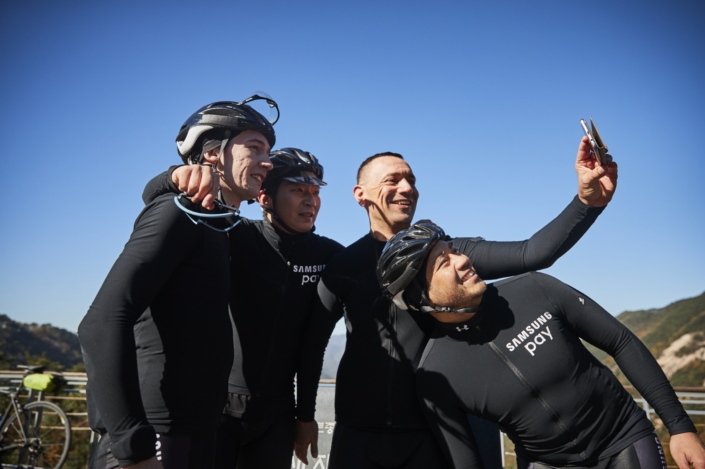 The “Samsung Pay on the Road” team takes a commemorative photograph during their trip.