[Editorial] Arts for All: Choreographer Marc Brew on Inclusive Arts

Having secured funding from Creative Scotland to partner with the British Council in Korea to be part of the British Council’s UK/Korea 2017-18 programme, I, my producer and support travelled to Seoul to begin collaborating with South Korean choreographer/dancer Bora Kim and other artists to start work on a full-length show to be presented at ARKO Arts Theatre in Seoul, March 17-18, 2018, based on the theme of Restriction, Body and Time. 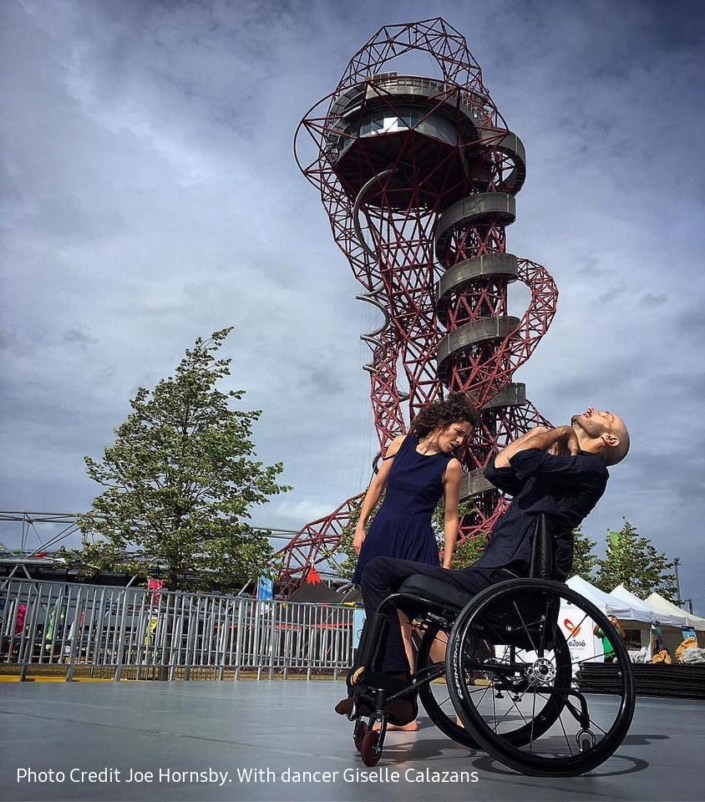 We visited Seoul from the 25th September – 1st October, arriving after an overnight flight to meet with the team and talk about how the project would develop. The team is made up of UK and Korean artists, with the UK team including composer Angus MacRae and audio describer Emma Jane McHenry.

Audio description is a new thing for South Korea, so we will be working closely with the British Council to try to secure the technology to allow this to happen. We are very excited about the proposed support from Samsung Electronics, who have offered VR (Virtual Reality) headsets with a specialised application called Relumino that enhances the visual experience of watching a show for people with visual impairments. We will also offer an access tour an hour before the show to allow audiences a close-up experience to get a sense of the costumes, props, lighting and movement qualities of the performers and to learn a bit more about the production. We always aim to make our work as accessible as possible for audiences with disabilities.

We had a day off on Tuesday, as there was no rehearsal space available, so had the chance to explore Seoul finding out a bit more about its rich history and culture.

Bora Kim and I began work in the studio the next day. After an initial discussion about our normal working practices, we decided to wipe the slate clean and explore new ways of creating. Bora came up with the idea of asking each other questions that we weren’t allowed to answer, then choosing three questions to answer, and building stories about each other, before exploring these ideas in our own bodies. Throughout the week, we started to develop and understanding of each other’s movement styles and sense of humour.

I felt there was an honest exchange, respect and interest in what we could learn and share from each other that really excited me. The artistic quality of work in the contemporary dance sector in Korea is high and there is a real curiosity in the field around dance, identity and disability. 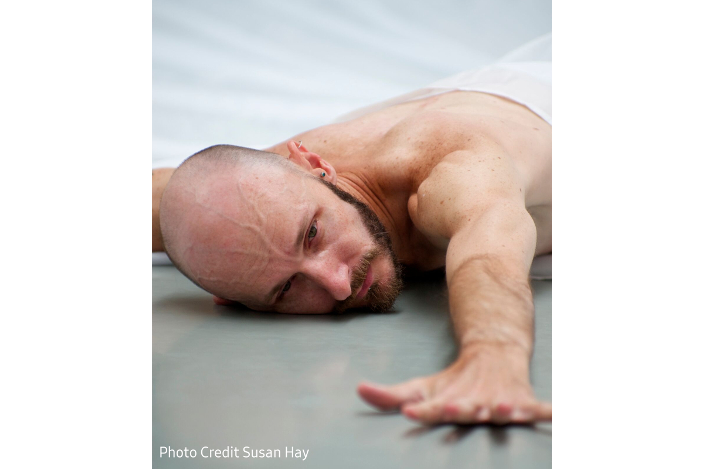 Brew in his solo performance piece, For Now, I am…

Thanks to Korea Disability Arts & Culture Center and the IEUM Arts Centre which hosted the rehearsals and to the British Council team who supported us during the week.

It was also great to immerse ourselves into the Korean cuisine with our lovely hosts at the British Council and experience the hustle and bustle of the city streets, the subway and the people of Seoul – a very busy and vibrant city. I look forward to coming back next year to finish the project and perform.