With the global pandemic continuing to transform our daily lives and routines, the connections we have with our family and close friends are more important than ever. Be it catching up with friends or reminiscing over pictures taken at a past family event, those moments that we value the most have become essential to every one of us.

Whether through your smartphone gallery, video calling app or social media network, these heartwarming moments of reminiscence are made possible by the NAND flash memory1 solutions used in today’s smartphones and data centers.

Aside from its technical definition, we can view NAND flash as that which makes it possible to record and save so many special moments. We at Samsung Electronics are working non-stop to provide consumers with the certainty that their most valuable communications will be around indefinitely, and as a technician responsible for the continued advancement of NAND flash in the semiconductor industry, I’d like to share some of these efforts with you.

Pioneering the Era of the Uncharted 3-Dimensional (3D) Vertical Structure

If we were to view the history of the universe as one year, the existence of the human species falls stunningly short of 14 seconds before the end of this year. With more than 170 billion known galaxies constantly expanding, our Sun and the Earth are by no means at the center of our universe’s development. This same analogy can be applied to semiconductors.

If you look at a semiconductor chip smaller than the size of a fingernail through an electron microscope, there lies an entire miniature universe. Despite its thickness of just 1mm, millions of carefully constructed spaces exist within a chip in order to store huge amounts of data.

For many years, NAND flash memory solutions designed to store data featured a two-dimensional (2D) structure, where chips were scaled and laid onto flat surfaces. But these 2D structures had significant limitations in terms of the amount of data that could be stored.

After extensive research to mitigate this issue, Samsung pioneered its V-NAND (with the ‘V’ standing for vertical) flash memory, a solution that connects its cell layers through pierced holes in vertically-stacked 3D space. Samsung is the first company in the world to develop and commercialize such a memory solution.

This 3D V-NAND debuted in 2013, creating an entirely new paradigm for memory semiconductor as compared with the conventional 2D structure that had dominated the world of electronic storage for decades. The technical transformation that it enabled can be compared to the experience of people used to living in 1- or 2-story houses moving into high-rise apartments for the first time.

These days the V-NAND solution, with its revolutionary vertical 3D structure, has become an industry standard since its groundbreaking introduction.

Back in 2013, the first V-NAND solution developed by Samsung featured 24 layers — but these days it has evolved to almost 200, a number that continues to grow. However, much like with high-rise apartments, simply stacking more layers on top of one another is not everything.

An apartment should be tall but also sturdy, and easily accessible via a secure and efficient elevator as the height of the building increases. What’s more, consideration of noise levels between floors must be made, and due to altitude restrictions, a building’s height is far from limitless.

The same goes for V-NAND solution. Even if the number of layers is similar, a closer look reveals minute differences in functionality and structure. In the world of semiconductors, this can be of the utmost importance as even the smallest difference leads to a tremendously different outcome. 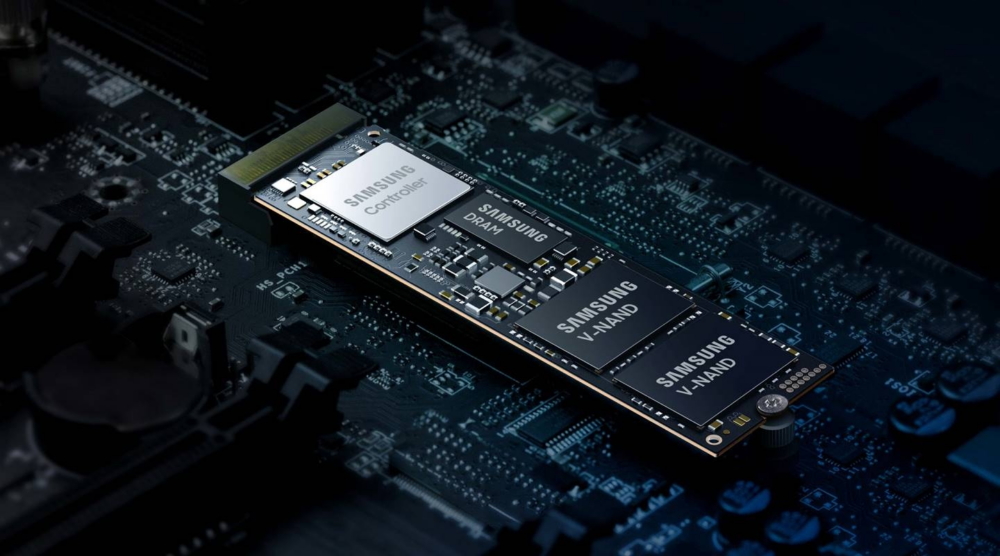 In order to overcome the limitations of a semiconductor’s planar 2D structure, Samsung developed a product that stacks up cells–in three dimensions. At that time, since the structure did not feature many layers, there was no immediate need to consider the product’s height. However, as the number of layers grew to meet increasing demand for highly-integrated, high-capacity solutions, Samsung engineers had to consider the physical limitations that arose around the product’s height.

Samsung contemplated and began to design solutions for the impending problem of V-NAND height before any other player in the semiconductor industry. The company’s 176-layer 7th generation V-NAND is similar in height to the industry’s 6th generation, 100+ layer V-NAND, an innovation made possible thanks to our successful development of the industry’s smallest cell size yet.

Samsung managed to reduce the cell volume up to 35% by decreasing both its surface area and height through highly innovative 3D scaling technology. Any interference between cells that might occur during such a reduction was also controlled. This enables Samsung to stack more layers at lower heights, giving the company an edge in overcoming the anticipated limitations of height.

Samsung is the only one in the industry possessing single-stack etching technology capable of stacking over 100 layers at once and interconnected through more than a billion holes. Leveraging ultra-small cell size and the company’s proprietary single-stack etching technology, Samsung is in an unparalleled position to deliver V-NAND solutions made with several hundred cell layers.

In the second half of this year, Samsung is set to showcase a consumer solid-state drive (SSD) product based on its 7th generation V-NAND chip, a solution with the smallest cell size yet in the industry. This 7th generation V-NAND solution is expected to meet the performance requirements of both the 4th generation PCIe interface (PCIe Gen 4) and, later the 5th generation (PCIe Gen 5), thanks to its maximum input-output (I/O) of 2.0 gigabits per second (Gbps). Furthermore, the company’s solution will be optimized for multitasking huge workloads, such as simultaneous 3D modeling and video editing.

Samsung is also planning to expand the use of its 7th generation V-NAND to data center SSDs. Furthermore, in order to encourage companies running data centers to reduce power consumption, Samsung’s low-power solution can help raise power efficiency by 16% over that of its 6th generation solution.

The company has already secured a working chip of its 8th generation V-NAND solution featuring over 200 layers and plans to introduce it to the market in accordance with consumer demand.

The Future of Samsung’s V-NAND: Aiming for Over 1,000 Layers

In the semiconductor industry, nothing happens by chance. Pioneering a previously-unknown technology requires not only time, but also a tremendous amount of capital and investment. Samsung has managed to become the world leader in the semiconductor industry in the face of setbacks and other challenges by maintaining the passion, commitment and the sense of duty that allows us to realize a better life for all of those necessary to bring about such innovation.

Just like how the first V-NAND was introduced in 2013 after more than 10 years of research, the company will be the first to overcome the height limit that will come about one day, through our use of 3D scaling technology. Even further down the line, when Samsung’s V-NAND solutions have evolved to feature over 1,000 layers, the company will continue to ensure that its memory solutions offer the industry’s highest reliability.

The world is shifting to a new paradigm of extended reality (XR) thanks to the rapid advancement of technology. In fact, due to the pandemic, the time when XR is set to become a part of all our daily lives has been advanced considerably. The era in which daily lifestyles include an overlap between reality and cyber space draws ever nearer. Moreover, the refinement of IT devices and technologies will require an entirely new approach that will be completely different from anything previously seen—and the role of semiconductors will become more important than ever before.

Unquestionably, Samsung will continue to work to enable a better society by introducing innovative semiconductor products based on robust technological advancements. This will happen so you can rest assured that the precious memories stored on your electronic devices will be around for a very long time to come.

1 Non-volatile memory semiconductors that retain stored data even when the power is switched off.