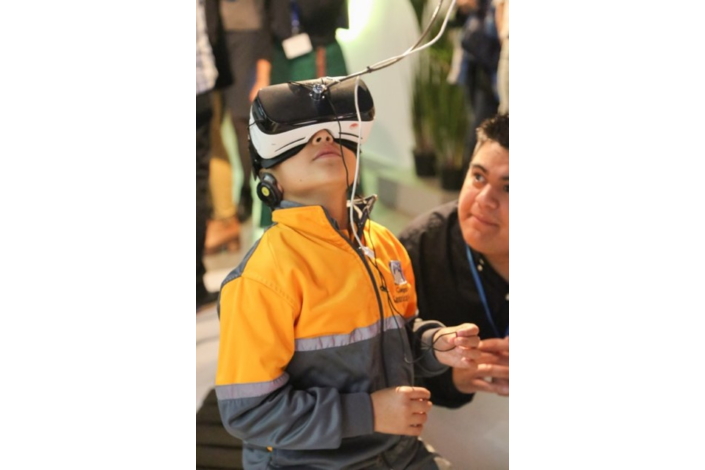 A child in Chile experiences riding a boat through ancient Egypt, using the Gear VR

As part of its dedication to global citizenship activities and giving back to local communities, Samsung has been using the immersive Gear VR to bring exciting and unique experiences to many groups around the world.

With virtual reality, people can plunge into experiences that they ordinarily would not have access to, helping them to expand their horizons. By seeing and interacting with new VR landscapes, they can learn, have fun and engage with others.

Three recent programs demonstrated the power of the Gear VR – teaching children about ballet in Australia, helping the elderly celebrate Christmas in July in Australia, and presenting the exotic world of ancient Egypt to visitors to the Centro Cultural Palacio La Moneda (CCPLM) in Chile.

At Weave Youth and Community Services in Australia, young people there recently experienced a special four-day program to learn about ballet and even learn some moves, gaining inspiration through dance. The children got to try out movement workshops and experience ballet for themselves. 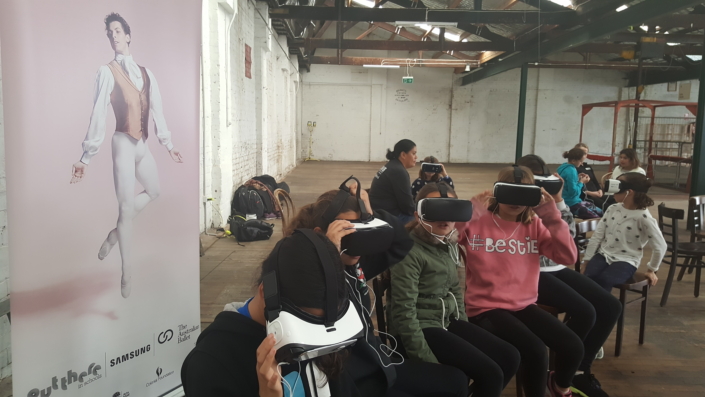 Students in Australia use the Gear VR to experience ballet

As part of the event, Samsung employees shared VR dance content with the students. For many of them, it was their first experience with the ballet. The students were encouraged to try out some of the dance moves they had seen and even create their own dance routines. The four-day event finished with a performance by the children for their friends, family and the community.

At Greenwood Cottage, a retirement facility and respite center, Samsung employees spent the day with residents of the center, many of whom have limited opportunities for social interaction and are living with cognitive decline and dementia. 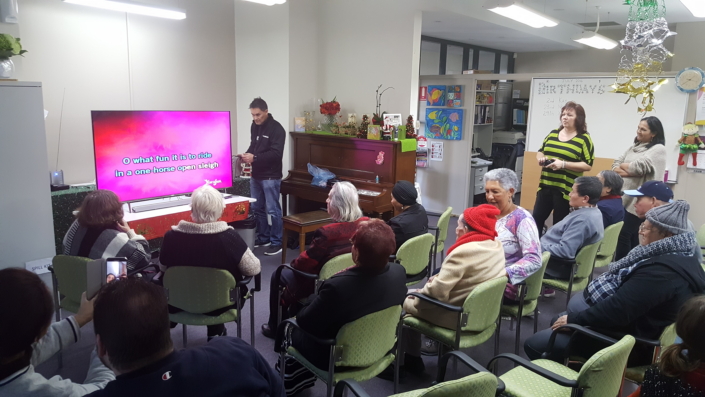 The theme for the day was “Christmas in July,” and the party events included a Christmas meal, presents, arts and crafts, a Christmas carol sing-a-long and a visit from Santa Claus.

In addition, the Greenwood residents were treated to a VR experience. They were able to enjoy waving at elephants, skiing and even meeting a dinosaur, all from the comfort of their day center. 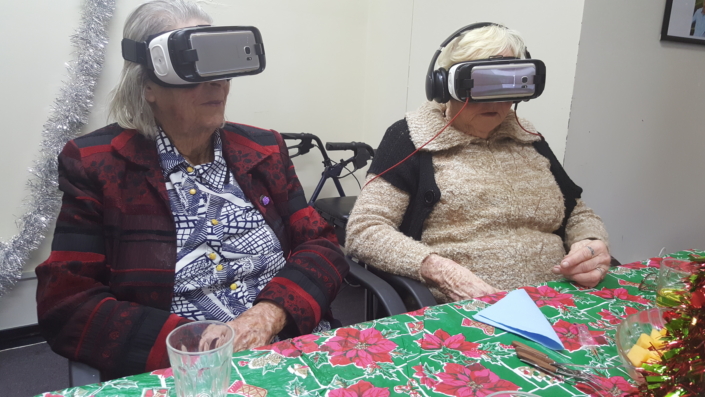 The Gear VR lets the residents of Greenwood Cottage get out and experience the world, such as seeing elephants and skiing

Imagine living in ancient Egypt, drifting along the Nile River, the pyramids towering in the distance. Thanks to a citizenship initiative by Samsung Electronics Chile, visitors to the Centro Cultural Palacio La Moneda (CCPLM) have been able to see for themselves what that ancient world was like, using the immersive power of the Gear VR. 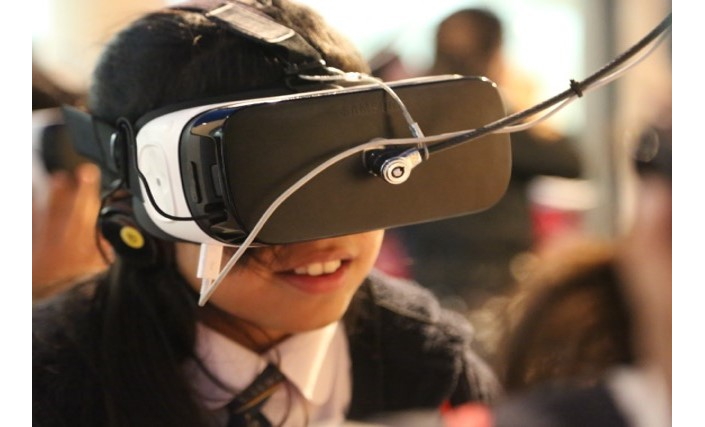 Visitors to the Interactive Zone can virtually navigate the ancient Nile and experience it using digital animation, developed under the close supervision of curators and exports from the CCPLM.

The 3D virtual boat ride has become one of the most popular exhibitions, with long lines of people eager to experience life in Egypt. The guest book is full of praise, like “awesome,” “amazing” and “fun.”

At the opening ceremony, Chilean Minister of Culture Ernesto Ottone said that “any technology that can help bring people closer to culture is a significant contribution, particularly in younger generations who have such a visual approach.”

With the curators and experts of the CCPLM, an authentic look at real life in ancient Egypt has been a big hit with visitors

Due to the success of the initiative, Samsung Electronics Chile is already working on extending these efforts to other cultural areas, as well as preparing the contents for the next exhibit coming to CCPLM in September: Imperial China. 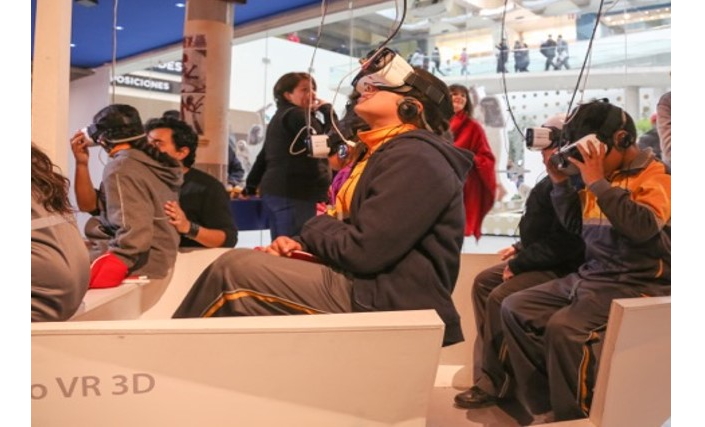 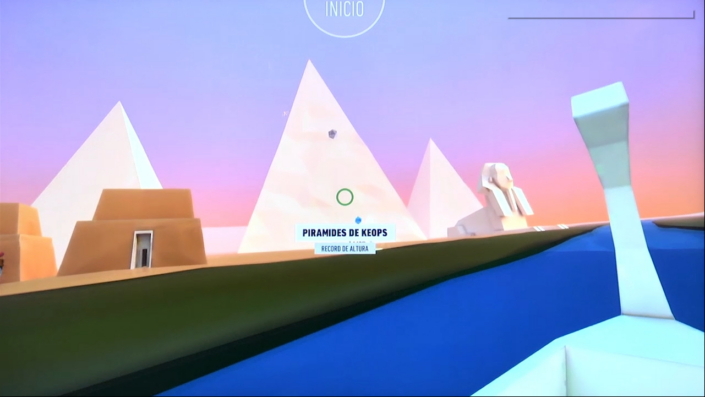 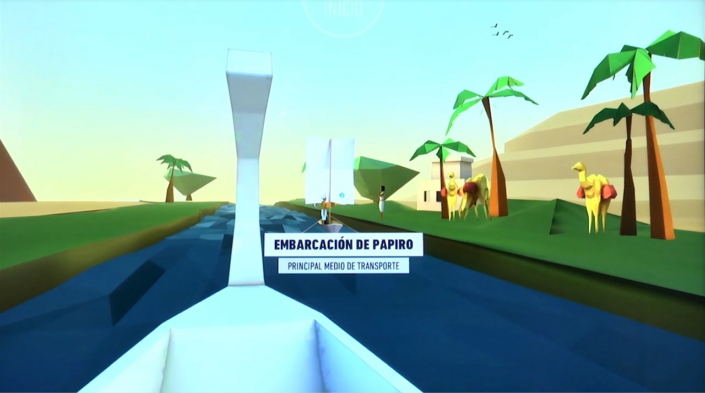