Last summer, DisplayMate Technologies called the Galaxy Note5 screen the best smartphone display they had ever rated. Now the Galaxy S7 is even better, writes the leading evaluator of video screens.

In an in-depth analysis of the new Galaxy flagship phones, DisplayMate’s judgment was clear: “The display on the Galaxy S7 matches and even exceeds the performance of the Galaxy Note5 that we tested in 2015 and rated as the Best Performing Smartphone Display that we had ever tested.” Let’s take a deeper look at the Galaxy S7’s screen and why it has won such high praise from the industry’s premier analysts.

The Screen—Brighter and Better Contrast

But where the new Galaxy screens really shine is in high ambient light conditions, like outdoors on a sunny day. With a high screen brightness of up to 855 nits and low screen reflectance, the Galaxy S7 had a contrast rating for high ambient light “among the highest that we have ever measured for a smartphone.” 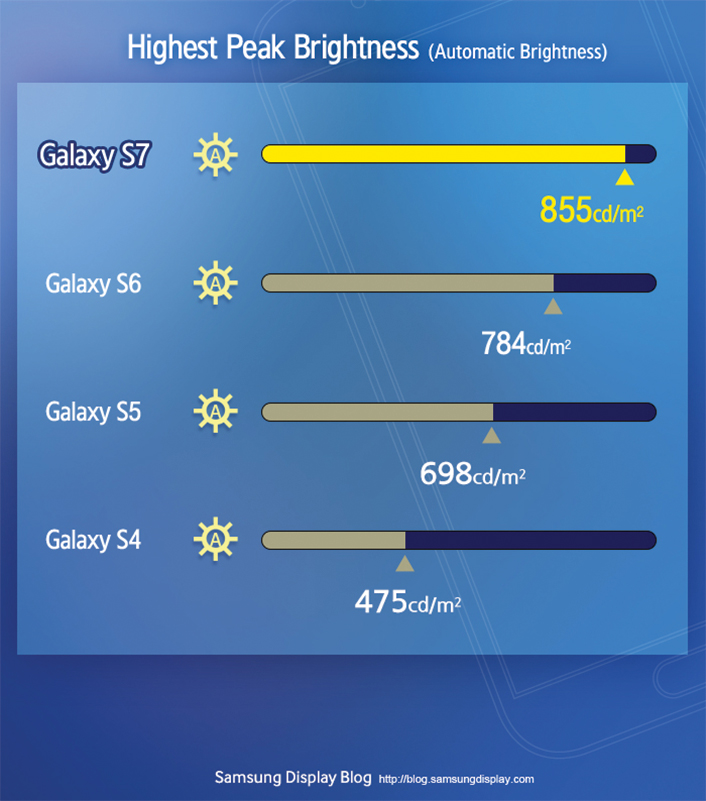 The DisplayMate review also noted that because the Galaxy S7 pixels are 24 percent smaller than the Galaxy Note5, those pixels had to output at a 24 percent higher level for the screen to deliver the same overall brightness and performance.

The new Always On Display for the Galaxy S7 and Galaxy S7 edge also won many plaudits. Always On Display lets users see the time, calendar, status messages and notifications even when the phone is in standby mode, with the screen off. This is possible because the new phones use the AMOLED screen to take advantage of the independently powered sub-pixels, therefore not using any power at all when black. So when the phone is in standby mode with a black background it is still possible to show some text and graphics without a significant power drain.

The Galaxy S7 has added an interactive Personalized Automatic Brightness Control, not only changing the brightness settings on the screen depending on the setting, but also learning and storing those settings based on a consumer’s preferences and usage. Brightness Control is useful for ensuring the screen is at the right level for the ambient light conditions while maximizing battery life.

In the past, DisplayMate has been critical of attempts at automatic brightness control, but for the Galaxy S7, DisplayMate’s opinion was resoundingly clear: The Galaxy S7 is “the first to do Automatic Brightness correctly!”

The analysis also praised the Galaxy S7’s Super Dimming mode, which allows the phone to drop as low as 2 nits, so it doesn’t distract when used in a dark environment, like beside someone’s bed at night. But even at the lowest brightness setting, the display still delivers 24-bit color with excellent picture quality. 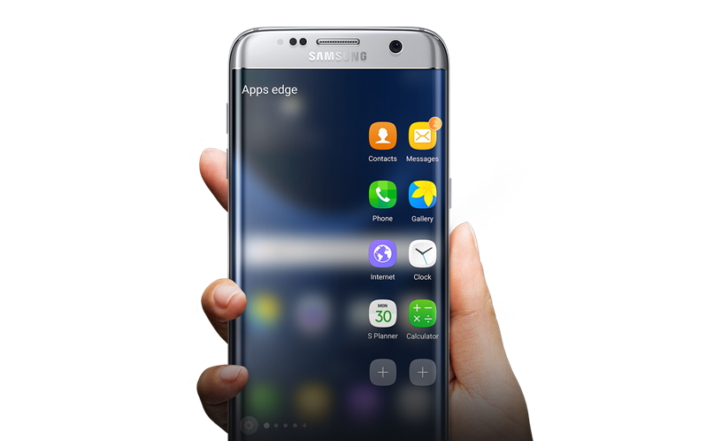 The DisplayMate review once again had many positive points to add about the quality of the dual curved screen of the Galaxy S7 edge. The curved edge display allows for a variety of apps and menus to be placed on the rounded sides of the phone, however that entails a slightly different manufacturing process and materials. But even with the improvements to the Galaxy S7 display, the curved edge screen had kept pace and was called “essentially the same.”

Relentlessly Pushing the Limits of the Possible

Both the Galaxy S7 and S7 edge were unveiled in Barcelona on February 21, and are slated to go on sale beginning March 11 in select market.