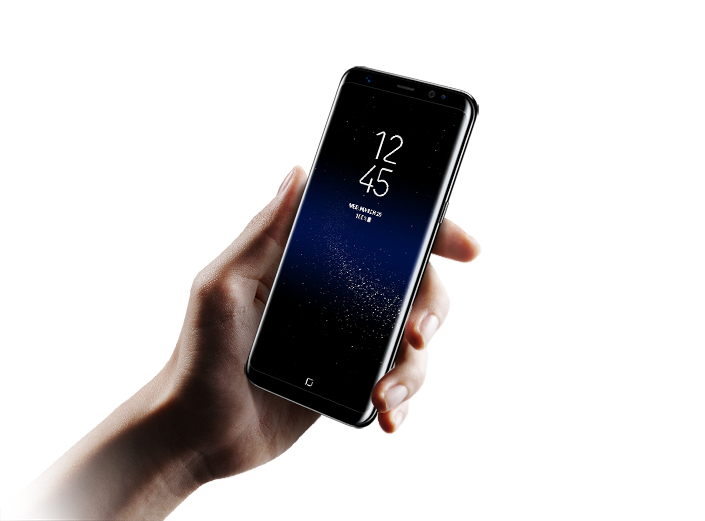 DisplayMate Technologies has released the results of its comprehensive evaluation of the Galaxy S8’s Infinity Display, concluding that Samsung’s new flagship possesses “the best-performing smartphone display that we have ever tested.” The Galaxy S8 is the latest Galaxy device to garner a superlative distinction from the industry’s screen authority, having earned DisplayMate’s highest-ever A+ grade.

The report, drafted by DisplayMate President Dr. Raymond M. Soneira, provides point-by-point analysis of the device’s high-performance hardware, as well as the advanced features and functions that allow its display to offer a peerless visual experience.

The Galaxy S8 earned top marks thanks to the record-setting specs of its curved, full-screen OLED display, which nearly fills the entire front face of the smartphone from edge to edge. In order to provide users with more screen space, the home button has been incorporated within the screen itself, which measures 5.8 inches (6.2 inches in the S8+) and boasts an 18.5:9 aspect ratio, adding new levels of immersion to the viewing experience.

Video content is even more vivid and engaging thanks to the Galaxy S8’s new, high-saturation ‘Deep Red’ OLED, which provides significantly higher color saturation. This creates a larger native color gamut – measuring 113 percent of DCI-P3 and 142 percent of sRGB/Rec. 709*; the highest DisplayMate has ever measured in a smartphone or tablet – that allows the screen to portray high-definition content accurately, in a manner in line with what creators intended.

The 2960 x 1440, 570 pixel-per-inch Quad HD+ display features the highest resolution currently available in a smartphone with an OLED display, and produces crystal clear images under all normal viewing conditions. The Galaxy S8 is also the first smartphone to receive the UHD Alliance’s ‘Mobile HDR Premium’ certification, which attests the screen’s ability to bring vibrant HDR content to life. This is possible in part due to its record-high peak brightness, which amounts to, as Dr. Soneira noted, “the brightest smartphone display that we have ever measured.”

The Galaxy S8 produces up to 1,020 nits under high ambient light conditions – such as bright sunlight – and boasts a screen reflectance of just 4.5 percent, which ranks among the lowest DisplayMate has ever measured. In addition, the screen’s combination of high brightness and low reflectance equate an ambient light contrast rating of 227 – “the highest that we have ever measured for any smartphone display.”

Users may get their hands on the Galaxy S8 as well as the S8+ and experience the devices’ immersive Infinity Displays for themselves beginning on April 21st.