As awareness of environmental issues grows, the impacts of the agricultural industry and our own personal food consumption are of increasing public concern. The use of pesticides, herbicides and other resources are falling out of favor and more efficient methods of food production are being explored as we strive to cultivate healthier food. Samsung Electronics is contributing to these efforts, developing technologies that can reduce the environmental impact of growing healthy food.

On the industrial scale, indoor farms are increasing in popularity, since they are better equipped to overcome spatial constraints and extreme climates. In such indoor farms, artificial light plays a crucial role in efficiently managing the rate of plant growth. 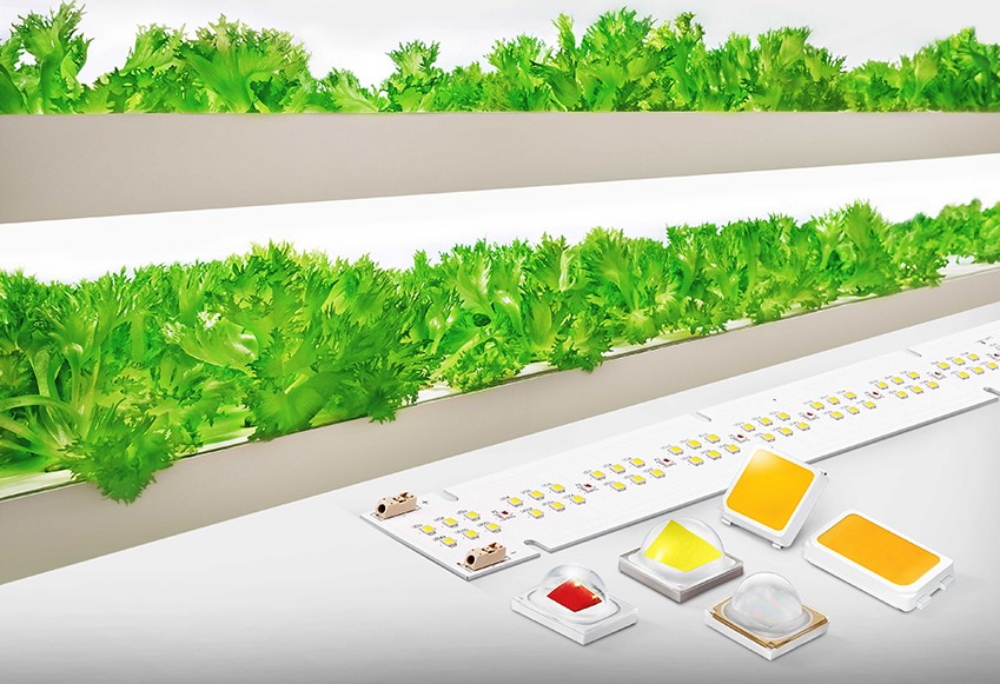 Recent developments have also emphasized the importance of green light with a wavelength of 550 nanometers, with findings that it can penetrate the lower canopy and thus increase the photosynthesis in plants found there. Since this was observed, interaction with a blue wavelength is now actively being studied also. 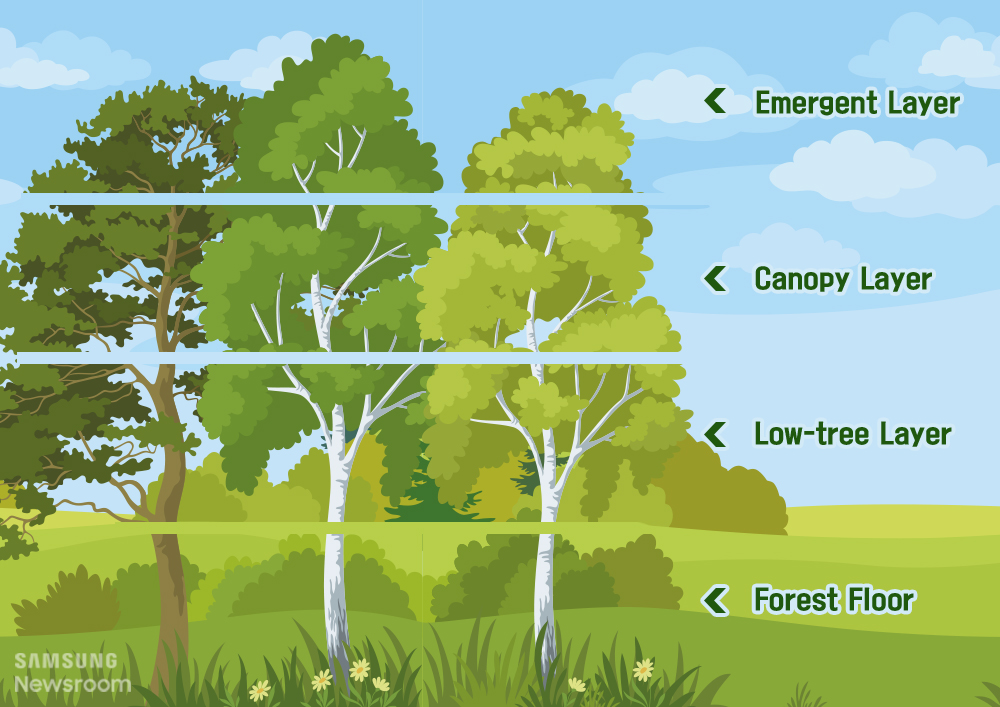 Based on this research, Samsung released its White LED package last November, with an extensive spectral range, including growth-boosting blue and red wavelengths. Full-spectrum LED lights can increase the nutritional value of plants and deter disease and pests. The bright white light can also create a more pleasant work environment than narrow spectrum alternatives, allowing farmers to monitor growth and inspect for disease with relative ease.

The package is designed to deliver strong reliability, even alongside the use of chemical fertilizers or under hot and humid conditions. The package is also competitive in price when compared to red LED products, helping to reduce the cost of establishing lighting systems in indoor farms.

Samsung raised the photon efficacy level of white LED packages to the highest in the industry, thus reconfirming the company’s leadership in this field. As a result, lighting manufacturers can use 30 percent fewer packages in each luminaire to achieve the same efficacy level as other lighting equipment, ultimately reducing the costs for indoor farms.

Packages can be selected according to the types of plants and the facility’s requirements. Samsung Electronics offers five white LED packages and one white LED module. The company has also designed one blue package and two red packages with a single wavelength.

As Will Chung, a researcher in the company’s Lighting Marketing Group (LED), explained, “Although it’s been less than two years since Samsung Electronics started its horticulture LED business, we’ve already received lots of positive feedback from the market for developing high-quality LED technologies. We’re committed to developing more innovative products that support convenient food production, and will continue to enhance our offerings with testing, studies, and experts’ advice.” 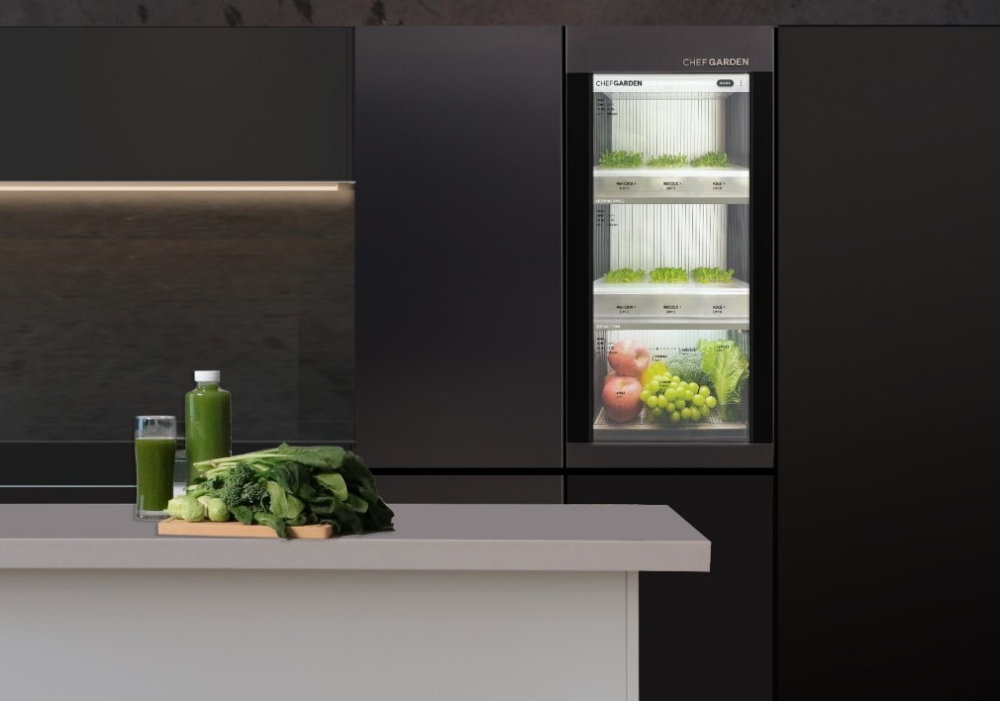 In the homes of the future, it will be possible to grow your own vegetables no matter the climate. Samsung recently showcased Chef Garden at KBIS 2019, an AI farming platform that integrates with the next generation of Family Hub. The smart indoor garden uses seed capsules, allowing people to grow small fruits, vegetables and herbs with only a small part of the plant. Chef Garden controls light, temperature and humidity to optimize plant growth. The system also utilizes fogponics technology, which creates a nutrient fog that delivers water and nutrients directly to the plants so that they can grow without the need for pesticides. With water kept to the minimum required, the inside of Chef Garden always remains clean. Chef Garden can also inform users when plants are ready to harvest and recommend recipes thanks to smart integration with Family Hub.

Samsung is supporting research and development in fields such as basic sciences, materials science and ICT through the Samsung Science and Technology Foundation. Samsung has funded 500 project grants for the Korean scientific community to explore since 2013, amongst which are technology research projects examining vertical farming and the acceleration of plant growth. In addition, it is expected that further discoveries garnered from ICT projects involving AI, IoT and LEDs will foster synergy between Samsung’s technology and industrial farming’s efforts to produce healthy food.

“One of the main objectives of this support project is to consider how technology might solve the environmental and food shortage problems society faces today,” said Doochan Daniel Eum, Head of the Samsung Research & Incubation Center for Future Technology. “It’s our intention to contribute a total of 1.5 trillion Korean Won (approximately 1.3 billion USD) by 2023, investing in technologies that can effect real change for future society.”