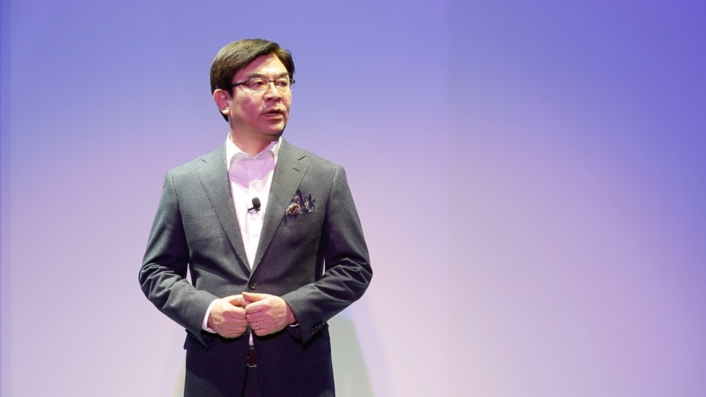 Last year marked the 10th consecutive year that Samsung Electronics ranked as the leader in the global TV manufacturing industry. Yet, Hyun Suk Kim, President of Visual Display Business at Samsung Electronics, explained that this is only the beginning—Samsung’s dedication to pioneering technology, design and the user experience will lead the TV industry in the next decade to come, too.

The past decade was one of multiple milestones for Samsung. From the release of its elegant Bordeaux TV in 2006 and the world’s first LED TV in 2009, to creating a new generation of Smart TVs in 2011 and the world’s first Curved UHD TV in 2014, Samsung has continuously raised the bar with its revolutionary products. Such innovation has been one of the primary reasons the company has maintained its position as the leading global producer of televisions for so long.

Samsung is now looking to the future, setting TV trends for the next decade with consumer-inspired innovation that redefines the home entertainment experience. “Our goal is to continue to foster the trust that our customers have in us by challenging ourselves and delivering truly different products that exceed expectations—televisions of the very highest caliber. This is Samsung. This is TV,” said Kim. “This is our strategy for the next decade, and it starts with our enhanced premium line-up of SUHD TVs with Quantum dot display.”

Harmonizing Technology and Design at the Core of New SUHD TVs

The just-released 2016 SUHD TV features the world’s only cadmium-free, 10-bit Quantum dot display, providing the most true-to-life picture quality and colors ever offered by Samsung. SUHD with Quantum dot display is the latest in display technology, using microscopic particles just a few atoms in diameter to create brighter, more saturated and more accurate colors compared with other display materials currently in use. With a stunning brightness exceeding 1,000 nits, these SUHD televisions offer an unparalleled level of precision and brilliance. “I believe this technology will set a new precedent in the industry,” said Kim. “These SUHD TVs are harmonized by a world-first, bezel-less curved design that keeps the viewer’s attention focused on the screen’s captivating content.”

“In 2016, we’re going beyond anything we’ve done before to offer a remarkable synergy of design, engineering and craftsmanship to make a television that looks great in any environment,” noted Kim of the premium line-up. “We’ve removed the unnecessary elements from the back of the TV to create a ‘360 design’—one that can impress from all angles, no matter where the television is positioned.”

With the 2016 SUHD TV, the representative product of the new decade, Samsung is defining what the television is now and what it will be in the future. As such, Internet of Things (IoT) hub technology has also been applied to the television, allowing the device itself to connect with over 200 SmartThings-compatible devices and act as the controller for the entire smart home. Kim said that this new feature demonstrates Samsung’s commitment to making the TV seamlessly connected to the IoT-powered home, a budding trend that is expected to grow in the near future.

“This Is TV” for the Next Decade

As television becomes a center of expansion for the IoT, its role in our everyday lives “will continue to evolve at a rapid pace,” Kim explained, as he discussed Samsung’s plans to continue leading the TV industry in the decade ahead. Some technologies that could potentially power this evolution will be highlighted in the interactive “Future TV Zone” at CES, a display of Samsung’s most forward-thinking and futuristic concept TVs. Among the devices that will be on display are Ultra Slim SUHD TVs only about a tenth-of-an-inch wide, a 170-inch SUHD TV, a transformable TV, as well as an 8K Curved SUHD TV.

“We’re confident that because of our ongoing research and ability to anticipate the needs of the different consumers with different lifestyles, Samsung will persist to grow and evolve,” said Kim. “In doing so, we will continue to push, reimagine and reinvent, to pave the way for the viewing experience of the future and deliver innovation that matters.”