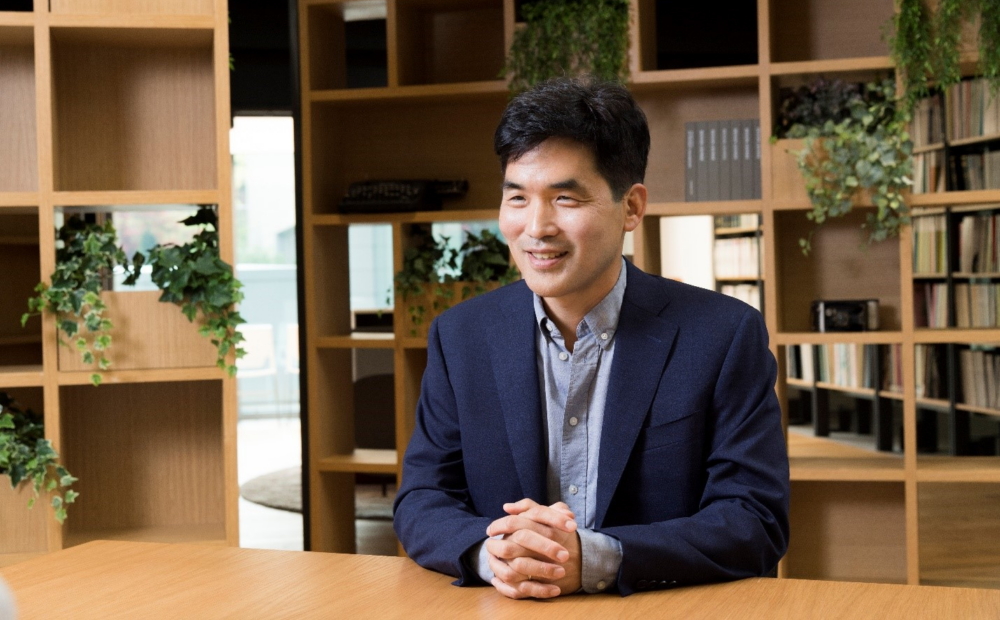 There’s no denying that the age of AI is upon us and that the ways we engage and interact are set to change in big ways. In anticipation of this, Samsung Electronics has opened AI centers across the world to ensure that the company leads the charge on AI. 2019 marks the 50th anniversary of Samsung Electronics, and the company has forecast another 50 years of ingenuity ahead, with AI set to be at the heart of future innovation.

To gain a great insight into what AI means for the future of society, as well as the work being done at the Samsung AI Centers, Samsung Newsroom sat down with Executive Vice President & Chief Research Scientist, Dr. Sebastian Seung.

Seung joined Samsung Electronics in 2018. He is also a professor at the Princeton Neuroscience Institute and Department of Computer Science. Seung is one of the most influential scientists in the world when it comes to AI research based on neuroscience.

Based on his extensive experience and insights into the field of artificial neural networks1, Seung is working on developing future growth engines for Samsung Electronics by establishing an AI strategy and providing advice on advanced research.

Artificial neural networks are mathematical models or computer simulations of the biological neural networks in the brain. “Convolutional networks, now the dominant approach to computer vision, were inspired by Nobel Prize-winning neuroscience of the 1960s,” according to Seung. His research at Princeton focuses on mapping the neuronal “wiring diagram” of the cerebral cortex. “I hope that our 21st century studies of the cortex will finally reveal how it learns, and that this new understanding will lead to more powerful artificial neural networks,” says Seung. 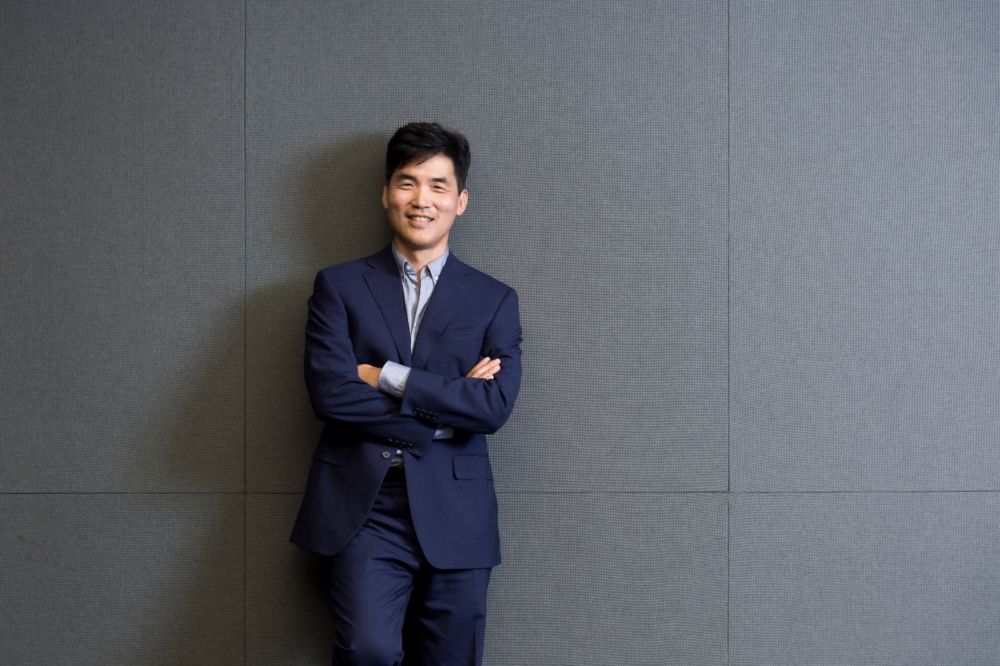 In his work for Samsung, Dr. Seung travels back and forth between the U.S. and Korea. His recent work is especially focused on advanced research regarding robots, which is the New York AI Center’s main field of research.

These days, robots are already present in society in the forms of robot vacuum cleaners in our homes and robotic arms being used in factories and by shipping companies. Seung acknowledges that these robots already represent an early stage of this technology, but says that what he is aiming for is something much more sophisticated. “In order to develop robots that can, for instance, reach out to pick something up and put it away,” Seung says, “we have to equip them with computer vision so they can see what’s in front of them, and with brains so that they know what all these objects in your house are and what they should do with them.”

Seung acknowledges that labs have tried in the past to achieve these capabilities through the classical approach of programming, but that that hasn’t really worked out. “We have realized that we have to somehow allow the robot to learn to perform the required actions itself,” says Seung, “and a lot of that involves the deep-learning approach.”

Seung points to the area of home automation as a primary application for their work. “In the future, you can imagine robots that won’t just give you weather information or change the temperature – they’ll perform far more helpful tasks in your home. They’ll pick up the toys, wash the dishes and even take the laundry up and down the stairs.”

No discussion of AI would be complete without addressing the apprehensions some people feel when it comes to the technology and the ways in which it stands to change our way of life. Seung addresses this question first with regards to the prospect of people losing their jobs to automation. “I think this issue of robots taking our jobs is exaggerated,” he relates. “Firstly, in the last 20 years, the U.S. and many other developed countries have lost a lot of jobs to offshoring, not just to automation. As in the first industrial revolution, many jobs were eliminated, but that didn’t mean that there were fewer jobs in total, because new jobs arose from the new circumstances.”

Seung went on to comment on the wider attitudes towards automation of industry, and the fact that the issue needs to be looked at through a different lens. “If robots really could do all of our work, why shouldn’t we be happy about that?” he said.

Asked the inevitable question about doomsday scenarios in which machine intelligence outstrips that of humans and robots take over the world, Seung claimed, “People don’t actually know what the real capabilities of AI are. And part of that is a public misconception based on science fiction movies that convince people that robots can do anything. In reality, robots are still really clumsy.”

Seung went on to point out that AI developments may well end up greatly helping us, instead of dooming us. “Are robots going to do something bad to us?” he said. “Well, the reason that I don’t worry about that is that of all the environmental and political threats to humanity, robots are not very high on the list. And not only that, I think that if humanity is to best equip itself to deal with any and all future threats, we need to be as smart as possible. And that involves having the most sophisticated technology. You could be a science-fiction pessimist and say maybe these robots could turn on us, but you could also argue that maybe we’ll use these robots to save us.”

Speaking to other misconceptions about AI, Seung pointed to the actual capabilities of the technology. “The public thinks that AI can do more than it really can,” he said. “To give you an example, I met someone who wanted AI to replace her doctor. But there are many things that no human doctor can fix. So, because our current approach to AI involves training machines based on the expertise of human practitioners, if the best human experts can’t solve it, then the AI can’t do it either. It’s not like AI will all of a sudden be able to perform tasks better than the human experts.”

Having reached its 50-year anniversary this year, Samsung is now looking to AI to spearhead the next 50 years of innovation. Asked what he expects for this period, Seung said, “In 20~30 years robots will be able to work in the home just as humans can. It will have happened the same way that the mobile phone revolution has happened. Everybody has a mobile phone now – billions of them are sold every year – and the same is going to be true of robots.”

Home automation and self-driving cars based on AI are other hot-button topics right now. Seung says he fully expects AI-equipped cars to become a reality, but that the timeline for their inception is hard to sketch out. “AI is going to lead to a lot of labor-saving things happening in people’s everyday lives, like autonomous cars for instance,” he said. “Are they going to be here next year, or will it take 20 years? Experts are realizing that full autonomy will take longer than the media originally portrayed, but most still believe that it will be achieved. I’d like to see Samsung have some part in that revolution, if not lead that revolution.”

The prospective benefits of AI are enormous in scale and diverse in focus. Outlining some of the applications of AI that the general population may not be aware of, Seung remarked that “The effect AI could have on scientific research is a major one. AI can be applied to accelerate scientific discovery, and in the long term, it will have a huge impact on areas like materials engineering and chemistry. Let’s say I want to design a new molecule with certain properties – AI might allow me to do that more easily. Then, that new molecule could have applications for a drug company, or really any company that creates materials. So AI is not only applied to technology – it’s also used for scientific discovery, which then accelerates the advancement of technology.”

1An artificial neural network is an attempt to simulate the network of neurons that make up a human brain so that the computer will be able to learn things and make decisions in a humanlike manner. (https://www.forbes.com/sites/bernardmarr/2018/09/24/what-are-artificial-neural-networks-a-simple-explanation-for-absolutely-anyone/#1b4809251245)