Is a smart device that’s difficult to use really all that smart? It’s a question that many consumers have found themselves asking when their (supposedly) smart devices’ advanced features prove frustratingly hard to manage.

Samsung Electronics designed the Galaxy Watch with a focus on delivering the level of ease and intuitiveness that makes a smart device truly and unequivocally smart. Recently, Samsung Newsroom spoke with members of the new smartwatch’s development team—product planner Myung-hwan Lee and hardware developer Joo-ho Lee—who discussed how they designed some of the Galaxy Watch’s most convenient and intuitive features. 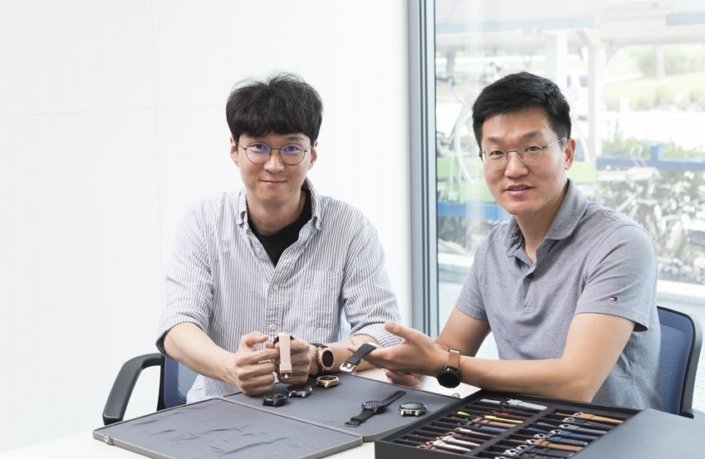 Myung-hwan Lee began by outlining the Galaxy Watch team’s goal of designing “a product that virtually anyone could use without difficulty.” He pointed to the device’s ability to automatically detect and log certain exercises—such as runs, walks and cycling sessions—as an example of its ease of use1.

The Galaxy Watch utilizes its heart-rate sensor and accelerometer to measure users’ sleep2 patterns when they wear the device to bed, and classifies sleep quality in four categories.

The smartwatch incorporates insights it gains from analyzing users’ sleep into the briefings that it automatically sends them every morning and night. The morning briefing displays sleep quality, as well as useful contextual information such as the weather forecast and the user’s schedule. The evening briefing reminds users of any pending events on their schedule, includes a summary of their level of activity for that day, and also displays the next day’s forecast.

Myung-hwan explained how, to help make the briefing function as convenient as possible, the team designed it to notify users at optimal times. This means that once the Galaxy Watch has analyzed the user’s sleep and wake-up patterns, it automatically issues the morning and evening briefings before they typically go to bed, and just after they normally wake up.

The App Shortcuts widget is another particularly useful example of the Galaxy Watch’s ‘smart’ automation. This clever feature automatically analyzes the user’s location and the time of day and presents them with shortcuts to frequently accessed apps that they might need.

To illustrate its convenience, Myung-hwan described how the widget makes it easier for users to streamline their commute. “When it’s time to go to work,” he explained, “the Galaxy Watch will place a public transportation app in the App Shortcuts widget if that’s the app that the user uses most when he or she goes to the office.” 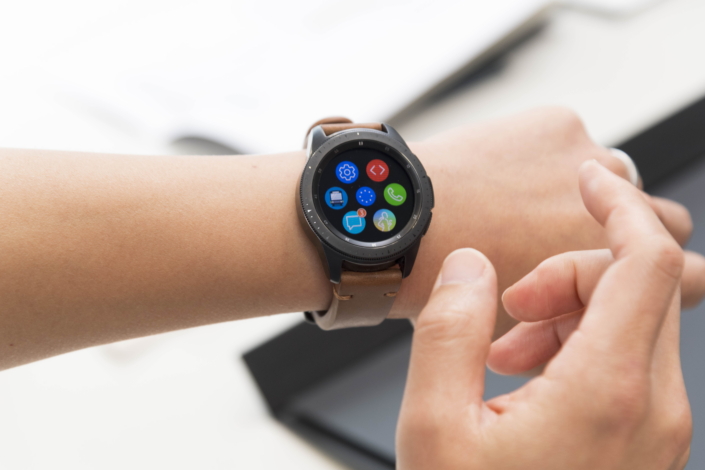 The Galaxy Watch’s App Shortcuts widget takes the time and the user’s location into account and automatically presents them with the apps that they use most often under those conditions.

The Galaxy Watch’s robust set of intuitive features is complemented by a likewise robust design. As hardware developer Joo-ho Lee described, Samsung designed the device to be exceptionally durable, and subjected it to extensive real-world tests to ensure that it would offer users as much utility as possible.

Joo-ho emphasized that durability is a key focus when designing smartwatches, as they’re meant to be worn all day and therefore need to be able to stand up to the elements. “As part of the development process, we conducted tests related to users’ allergies, external shocks, extreme temperatures, and various other elements,” he said. “We’re also proud to report that the Galaxy Watch has been certified to U.S. Department of Defense standards for military (MIL STD 810G) use.”

Of course, as Joo-ho noted, proper evaluation of a device’s durability requires taking it out of the lab and into real environments. “For example,” he explained, “to test the Galaxy Watch’s exercise-tracking function, we actually ran sprints at a park during what ended up being Korea’s hottest summer on record.” 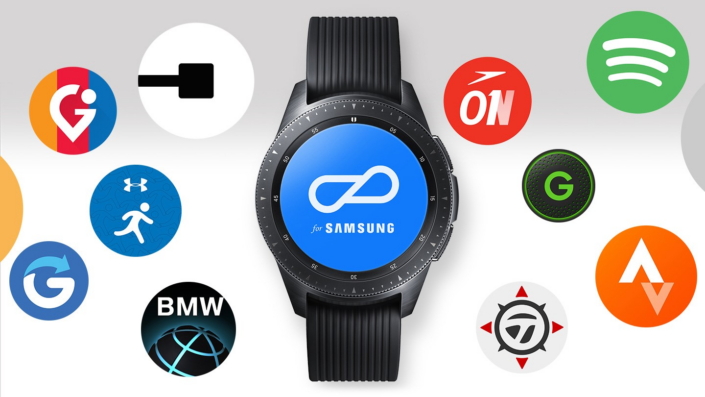 The Galaxy Watch is more than simply an efficient and durable smartwatch. As its name indicates, it also allows users to enjoy seamlessly connected experiences across the huge ecosystem of devices that share the ‘Galaxy’ name. The smartwatch enables users to not only manage IoT devices, but also access convenient services such as Samsung Health, Samsung Pay (NFC only)3, Samsung Flow, Samsung Knox, Bixby and more, simply by lifting their wrist.

As Myung-hwan noted, the development team continues to identify innovative ways to take Galaxy Watch users’ experience to the next level.

“We are continuing our all-out efforts to redefine the user experience for wearable devices,” he explained. “We are constantly cooperating with partners to identify ways to improve the device and make it more useful to users, and we plan to develop a variety of convenience-focused apps in the future.”

1 The device automatically records six types of movements, including walks, runs and cycling sessions. It’s currently capable of tracking a total of 39 exercises and activities, including Pilates, lunges, squats, swims and hikes.

2 Sleep management function should not be used for medical purposes.

3 Service availability may vary by country.