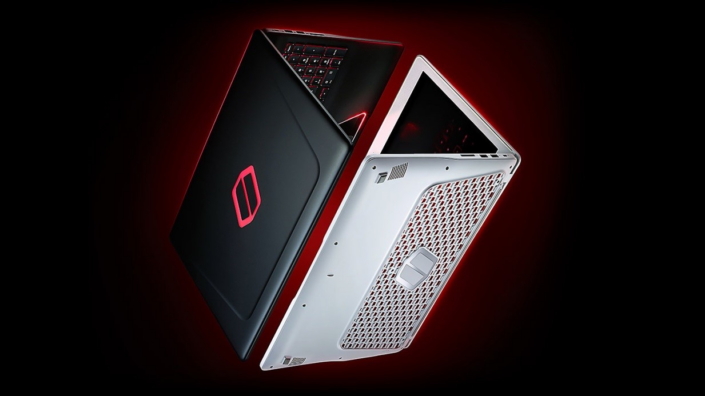 In this two-part interview, Samsung Newsroom illustrates how the Odyssey is changing the game in the gaming PC category.

Boasting powerful performance capabilities, gaming desktops have long been preferred to laptops by professional gamers. But thanks to the Samsung Notebook Odyssey, that may no longer be the case. Injae Kim and Jaehong Ryu of the professional eSports team Lunatic-hai explain why.

Q. You recently had the chance to test out the Samsung Notebook Odyssey. What were your first impressions?

Injae Kim: For me, the simple but powerful design really stuck out. While both color options are impressive, I especially liked the white model, which is rather unique for a gaming laptop. A good design can catch the attention of the public, which is something gamers have to consider.

Jehong Yu: The first thing I noticed was the size. I expected it to be small, but it turned out to be just the right size for playing. 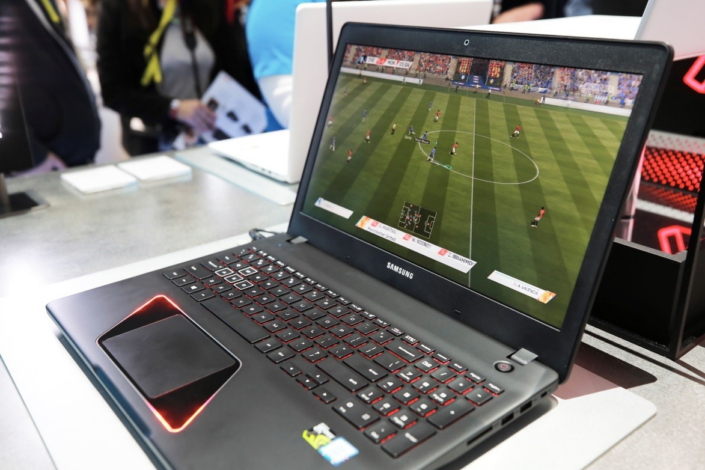 Q. How did using the Samsung Notebook Odyssey compare to using a gaming desktop?

Injae Kim: Before using the Odyssey, I wondered if it would really stack up to a desktop in terms of performance but I ended up being very impressed. Thanks to the computer’s NVIDIA GeForce GTX 1050 graphics card, the images on the screen transitioned smoothly without lag, just as they do on a desktop. The colors were vibrant and the visuals extremely clear.

Jehong Yu: When I’m playing a game, I’m very sensitive to my surroundings. My performance can easily be affected if something is off. But with the Odyssey’s life-like color contrast, wide-view angle display and anti-glare screen, I didn’t notice any differences. I felt as if I were playing on a desktop like I usually do.

Q. What sets the Odyssey apart from other gaming PCs?

Jehong Yu: The ventilation system. Even after using the laptop continuously for long periods of time, the Odyssey didn’t get overheated, so its performance didn’t drop off. I once left the Odyssey on my bed, and the bedspread stayed cool.

Injae Kim: The curved keycaps feel very comfortable, and it doesn’t take long to get used to using them. Also, the WASD keys, which are the most frequently used keys in most games, are backlit, making them easier to find, even when playing in the dark. 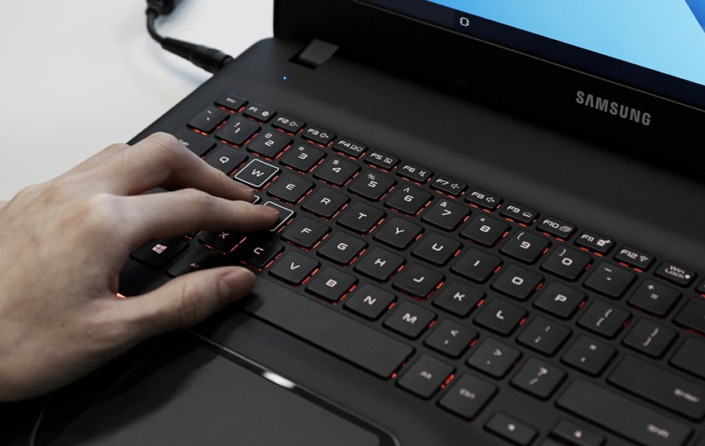 Q. Of all the Odyssey’s features, which are your favorite?

Injae Kim: In addition to the laptop’s performance and portability, I find the keyboard shortcuts to be very useful. For example, I simply need to press two keys to access the System Status Dashboard, which lets me quickly check the frame rate and hard drive space. I can also record my gameplay without having to download additional programs, like most other computers require you to do.

Jehong Yu: The computer’s Beast Mode, which can easily be switched on with the press of a hot key, optimizes game performance by making the computer faster and the picture smoother. I kept Beast Mode on the entire time I used the Odyssey.

Part 2: Odyssey Designers Showcase a Design That’s Ahead of the Game

The design of the Samsung Notebook Odyssey is truly one of a kind. So much so that it was awarded the Red Dot Award: Product Design 2017, an accolade that appraises the best design products of the year. Jusuek Lee from Samsung Design Europe discusses the concept and the inspiration behind the aesthetics.

Q. What inspired the name of the computer?

Jusuek Lee: We wanted to design a device that could take gamers on an exciting adventure. Therefore, we named the laptop ‘Odyssey.’ 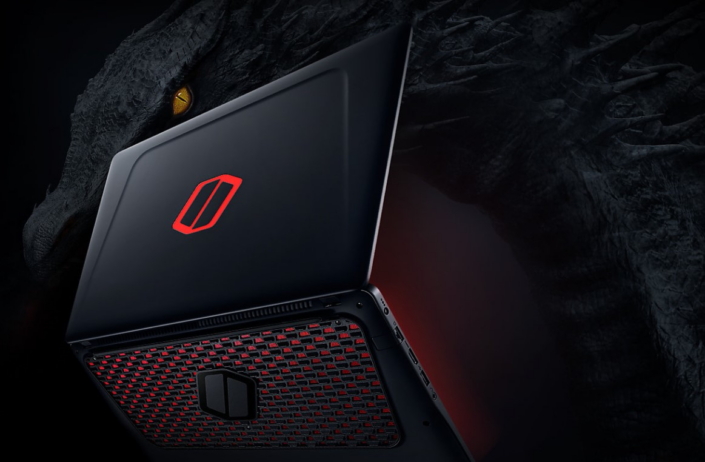 Q. Tell us a little bit about the concept of the design.

Jusuek Lee: The Odyssey was inspired by the strength of the fabled dragon, which is evident in the details of the device’s unique design. The front logo, for example, resembles the eyes of the mythical creature. And, like the scales on a dragon’s skin, the laptop’s HexaFlow Vent located on its bottom panel enables optimal performance for even the longest gaming sessions. It also ensures that the device stays continuously cool.

Q. The hexagon shape is prevalent in the design of the Odyssey. What’s the story behind this?

Jusuek Lee: Of all shapes, the hexagon has the most stable and solid structure. Take a honeycomb, for example. Each hexagonal wax cell of the structure utilizes a limited amount of space while being able to support and balance a great amount of weight. 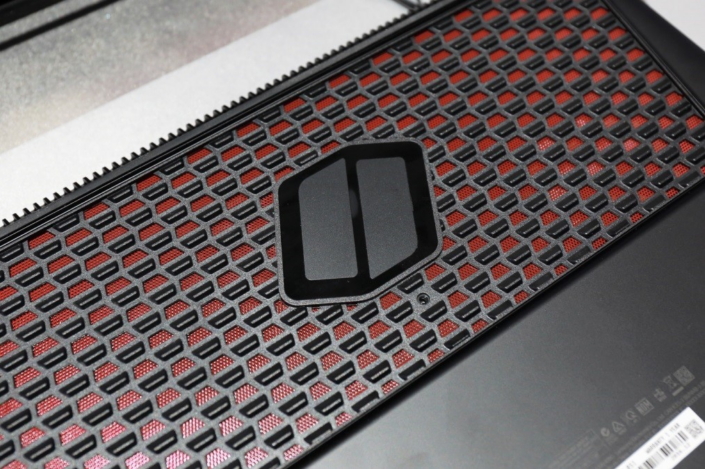 Likewise, the hexagonal ventilated bottom supports the laptop very well, while simultaneously cooling the device. If you look closely, you can see that each hexagon of the vent is skewed at a slightly different angle, and all are drawn from a singular point. This task alone took longer than any other part of the design process, as one small error would have spoiled the entire design.

Our design team also incorporated the same tilted hexagon shape into the laptop’s front logo and trackpad, thus unifying the entire design of the device.

Q. Why did you choose the colors?

Jusuek Lee: Most gaming PCs look so serious and dull. We wanted to create a completely new design that could appeal to all users. So, in addition to black, we also selected white for the body, a color that is both gender-neutral, innovative and unique to the product category.

For the accents, such as the keyboard backlight, we chose red, a straightforward hue symbolic of energy and enthusiasm, including the passion our users have for gaming. 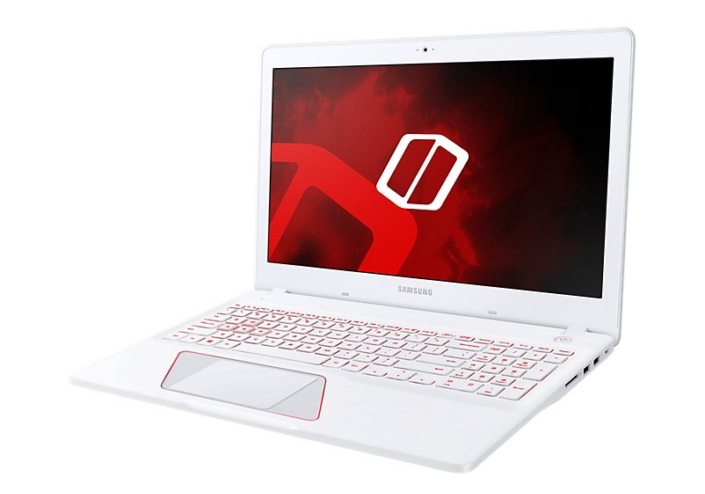