Samsung Electronics’ new Wireless PowerShare technology allows you to use your Galaxy S10 to recharge compatible smartphones and wearables1 without the need for additional cables. It’s a simple and convenient way to keep your devices powered up when you’re on the go.

To learn more about the development process behind the new flagship line’s powerhouse battery, Samsung Newsroom sat down with developers who helped bring the battery to life – Hyeonsu Lee, Hongjung Son, Yusu Kim and Juhyang Lee – as well as Product Planner Jeongmin Moon. 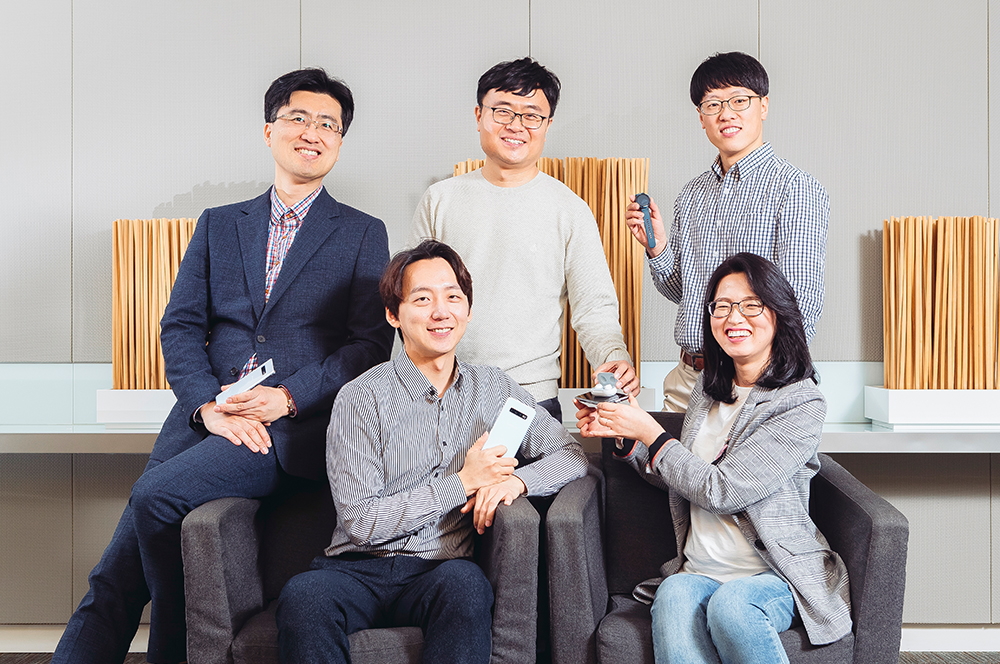 Changing Charging for the Better

According to Product Planner Jeongmin Moon, the development team incorporated Wireless PowerShare technology into the Galaxy S10 line to offer users the freedom to go about their day without being tied down by cables and chargers.

“We wanted to solve the inconvenience of having to carry around multiple chargers and cables when you’re out and about, or having to interrupt your day to stop at places like cafes just to charge your phone,” said Moon. “So we came up with the idea to essentially make the Galaxy S10 a wireless charger in and of itself.”

Since the release of the Galaxy S6, the first Galaxy device to offer wireless charging, more and more smartphones and wearables have begun to feature the technology as well. This, Yusu Kim noted, is another reason why Samsung prioritized incorporating wireless battery-sharing technology into the Galaxy S10 line.

“Wireless PowerShare allows you to easily share your battery’s power anytime, anywhere,” said Kim. “And as more devices begin to support wireless charging, more people will be able to experience the convenience that the technology creates.” 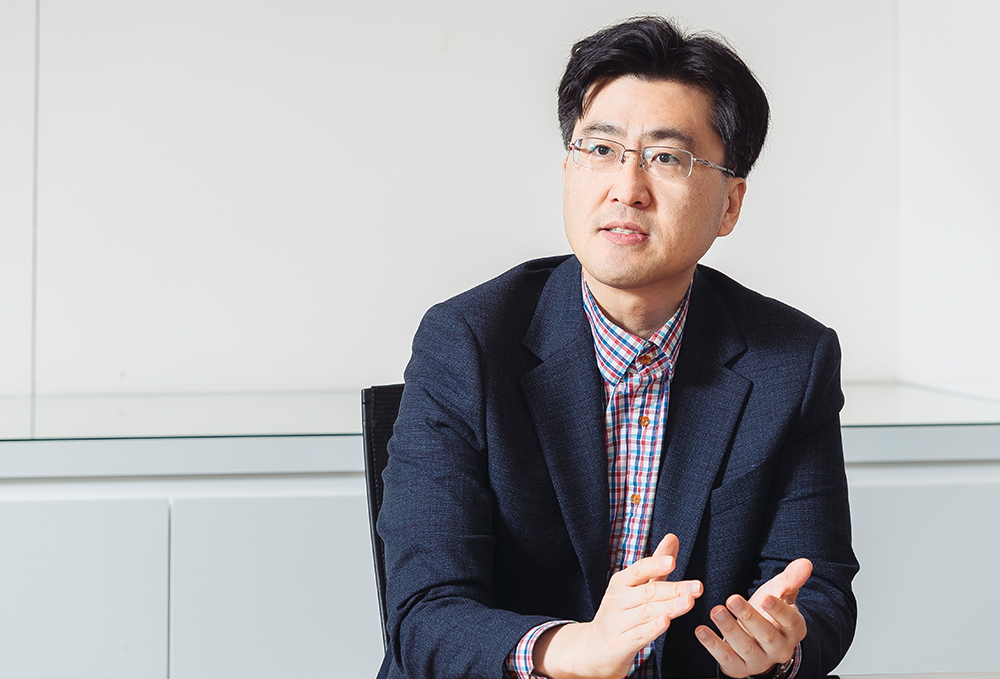 The technology behind wireless battery sharing and wireless charging is quite similar. A wireless charger receives DC (direct current) charge and converts it to AC (alternating current) with the battery coil before transmitting it to the receiving smartphone. The phone will then convert the AC charge back to DC and save the energy in the battery. Each Galaxy S10 device features a circuit that enables this two-way conversion, which essentially allows the phones serve as wireless chargers as well.

As mentioned above, the list of Wireless PowerShare-compatible devices includes not only smartphones, but, in an industry first, wearables1 like Samsung’s Galaxy Watch and Galaxy Buds as well. As Juhyang Lee explained, the process of enabling the technology to work with such a wide range of devices was quite a difficult task. 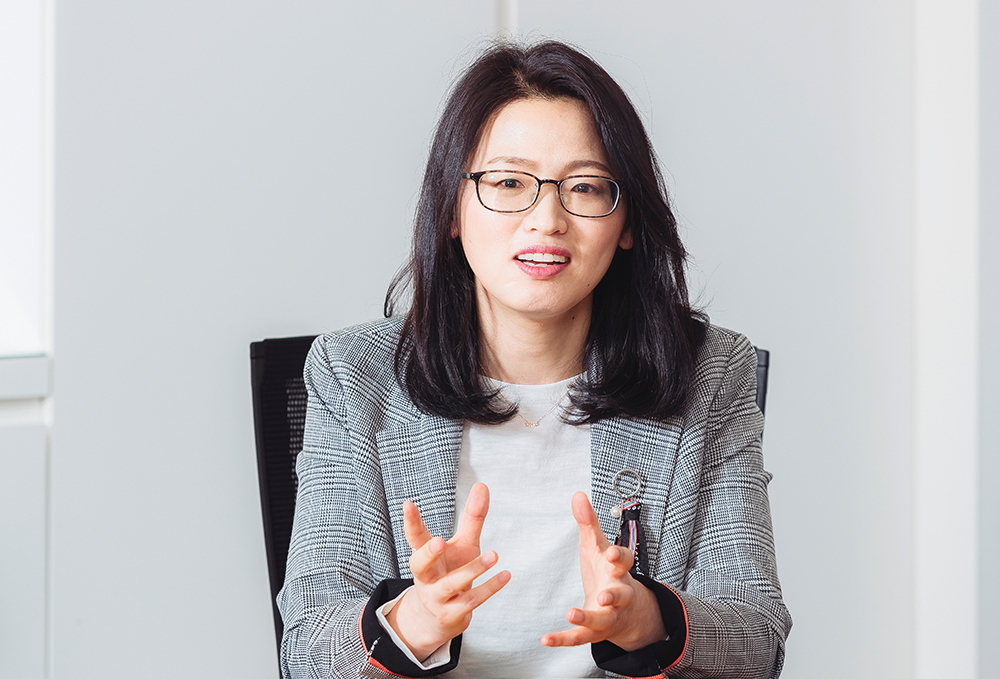 “The sizes of these devices’ batteries are all different, so the most difficult part of the process was finding an optimal spot for the receiving coils that would result in maximum efficiency,” Lee explained. With the smartwatch, she recalled “the receiving coil was particularly small, so it took some time to find the most efficient approach. However, after months and months of extensive research, we produced a solution that meets our strict reliability standards.”

A Smarter Approach to Battery Management

Of course, in order to share its charge with another device, your Galaxy S10’s battery must possess enough power to efficiently operate your phone. (At least 30 percent, to be precise.) To offer users more freedom to utilize this useful function, the Galaxy S10 line features AI technology that optimizes battery usage based on how you use your phone.

When building this technology, the developers focused particularly on the battery consumption of infrequently used apps. As Hongjung Son explained, “Out of all the apps that users have on their phones, only a small number are used every day. And the ones that aren’t used consume battery power in the background.”

“To limit these apps’ background activities,” he continued, “we incorporated AI technology that organizes apps into different categories, such as ‘frequently used,’ ‘occasionally used,’ and ‘rarely used.’”

The team also enabled the new smartphones’ Adaptive Power Saving mode to activate automatically2 based on users’ usage patterns. Hyeonsu Lee described how it works: “If, for example, a user usually uses their phone for 30 minutes on their way to work, Adaptive Power Saving mode will automatically activate if their commute happens to get extended.”

“And because this mode is AI-powered,” he added, “the more it’s used, the more accurate it becomes.”

Each member of the product planning and development teams agrees that Samsung’s latest battery innovations will unlock unprecedented user experiences.

Moon concluded the interview by shedding some light on the company’s ultimate goals for its charging technology. “With Wireless PowerShare, we not only expect to resolve some of the inconvenient aspects of charging your devices,” said Moon. “We also expect people to communicate and engage with one another more.”

“Listening carefully to users’ feedback has enabled us to consistently improve our Galaxy smartphones,” added Kim, “and it will continue to do so. Going forward, we’ll continue to strive to develop battery technology that offers the very best in terms of users’ convenience and experience.” 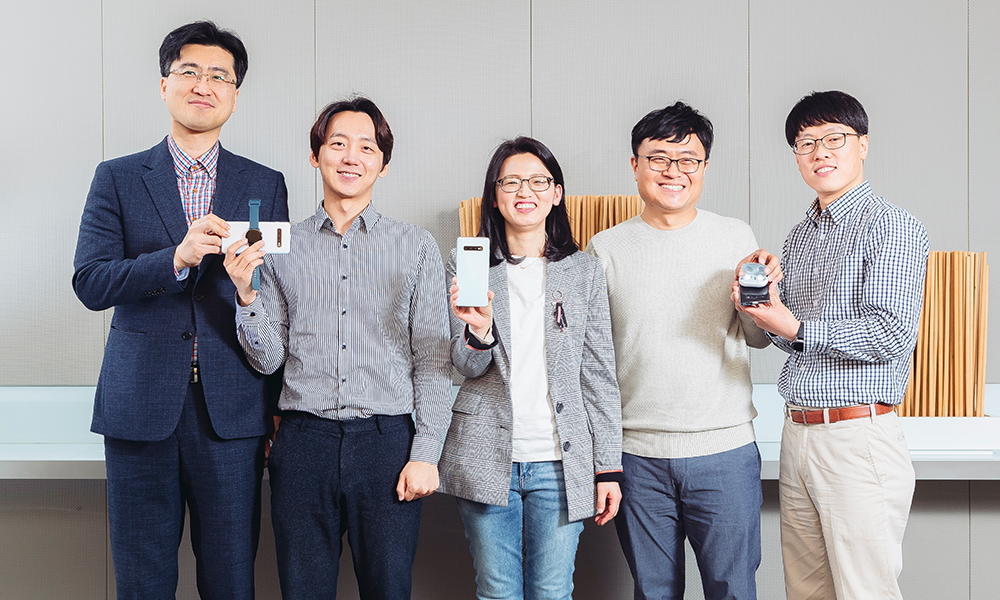 2 Users may specify whether or not they’d like Adaptive Power Saving mode to automatically activate in their Galaxy S10’s settings.