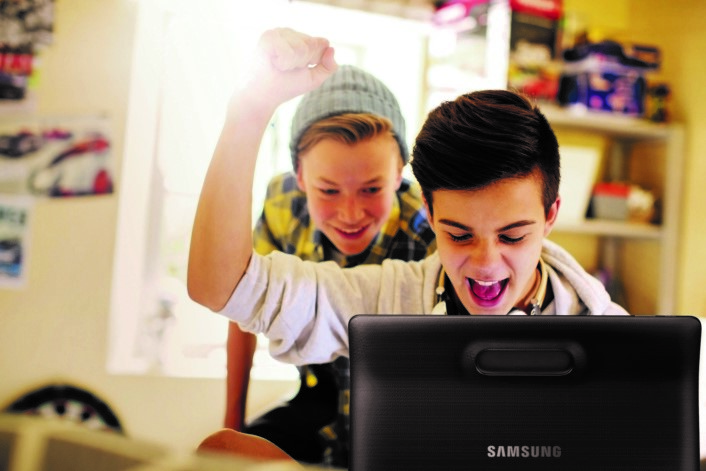 As a movable media device, the Galaxy View is a new and unique mobile product in the market. At 18.4 inches, the Galaxy View is very convenient for enjoying content at arm’s length wherever someone wants, from any room in the house, with a big, immersive screen.

So it is not surprising the Galaxy View is also getting its own range of apps, to better take advantage of its full range of functions and features. Two apps that have recently debuted use Galaxy smartphones to make the Galaxy View even more fun and convenient, both for watching media content and gaming. Together with a third app, Family Square, the Galaxy View is quickly gaining a special ecosystem of programs that express its full functionality and versatility. 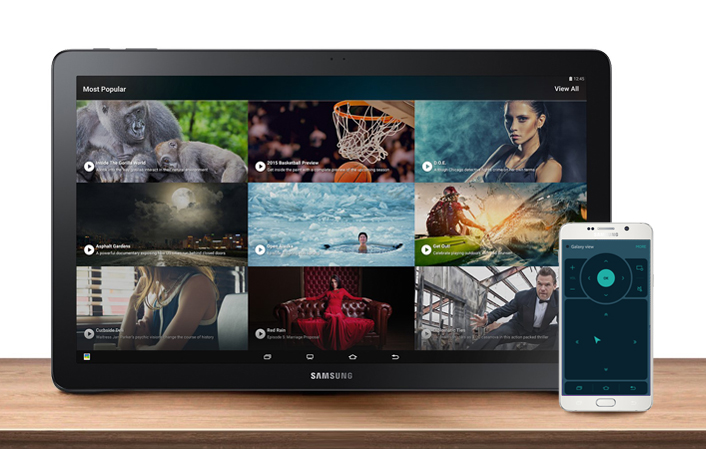 Once the Remote app is installed, it changes the phone’s screen into a familiar-looking remote control device, with volume up and down buttons, and four-way directional buttons, as well as a full keyboard when needed. With the Remote app, enjoying movies, TV shows and other content on the Galaxy View is easier than ever.

Another major feature of the Galaxy View is its ability to be a platform for video games. The large screen and stereo speakers make it immersive and engaging. However, many games require complicated gamepads, with a great number of buttons and direction controllers, in order to be used properly.

The S Console Gamepad app can turn a Samsung smartphone into a gamepad, allowing users to enjoy console games in the mobile environment. S Console works for the Galaxy Note4, Note Edge and Note5 phones, as well as the Galaxy S6 series, connecting the smartphone to the Galaxy View by Bluetooth.

Optimized for more than 100 games, S Console supports six different types of gamepads, allowing users to pick the one that is best for each game. In addition to the Basic style default controller, some of the preset S Console options include Racing style for driving games, RPG style for first-person games and Console style for a maximum number of buttons and options. While most of those options are dark colored consoles, users can also choose white options, Casual style and Arcade style. Or, if someone prefers, there is an edit feature so they can create their own individualized gamepad. 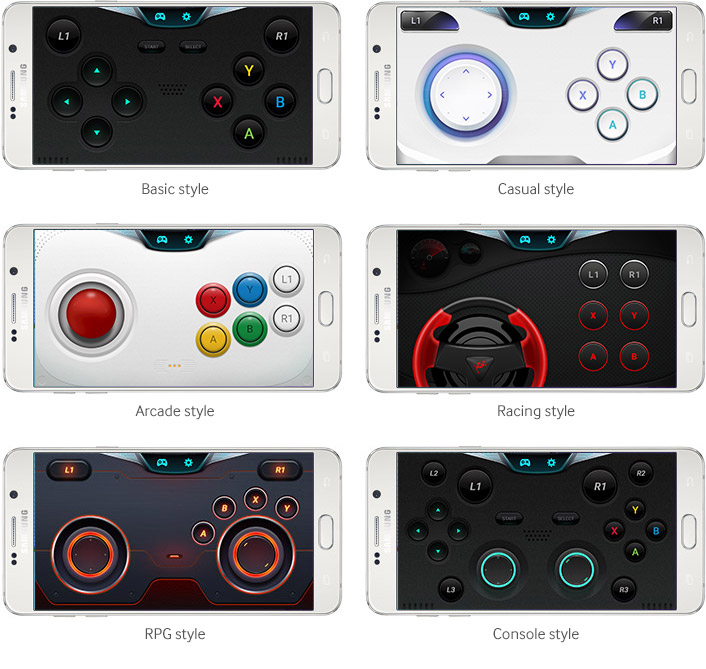 Another unique app for the Galaxy View, one that comes pre-installed, is Family Square. Family Square is like a dashboard for sharing photos and messages between family members on the Galaxy View—like a digital version of how families leave notes and drawings for each other on the refrigerator or counter.

But Family Square also has the ability to be paired to smartphones and mobile devices (any that use Android 4.4 and up), for added usefulness. Each member of the household registers their device for the Galaxy View, and then photos and other content can be sent directly from their devices for sharing on the View.

Those three apps, Family Square, Galaxy View Remote and S Console are making the Galaxy View even more useful for all members of the family, offering new ways to enjoy content around the home or while on the move.