Recognizing and Realizing the Potential of Quantum Dots

At the biennial International Conference on Quantum Dots (QD2016) – held this year from May 22 to 27 in Jeju, South Korea – notable academics and industry experts came together to discuss researches and new methods of synthesis of quantum dots, as well as potential applications of the material.

Quantum dots (QD), nano-sized crystals made from semiconductor materials, were first discussed in academic circles in the early 1980s. But it was Professor Moungi Bawendi (MIT), along with his colleagues professors David Norris and Christopher Murray, who brought to light the viability of the novel material.

Together, the team was able to successfully synthesize quantum dots, thus garnering great attention from the upper echelons of academia. So much so that the team’s paper has since acquired an astonishing 8,000 citations. Professor Taeghwan Hyeon (Seoul National University) even went on to call this “the legendary paper” as he welcomed Dr. Bawendi onto stage at the conference. 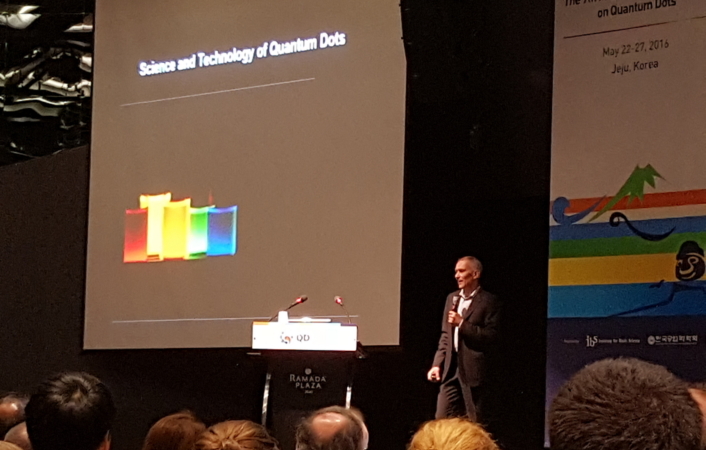 Dr. Moungi Bawendi shares recent developments in his lab at a plenary session at QD2016

“Quantum dots are a new material whose properties are different from the molecular materials that people are used to—ones that are unique enough that they’re worth trying in a variety of applications,” Bawendi told Samsung Newsroom in an interview following the conference. “A lot of what research is about is recognizing the unexpected and following that. This leads you to ask more questions.”

Those questions have since been explored by scholars all the world over. The expansion of quantum dot research has catalyzed a number of new methods to reliably synthesize variable sizes and types of nanocrystals, and has led to the discovery of numerous scientific and commercial applications, some of which have recently been realized.

Speakers at the conference—an event that Bawendi likened to a “family reunion” of the QD community—showcased their own research and attempts at applying quantum dots in a variety of different industries. 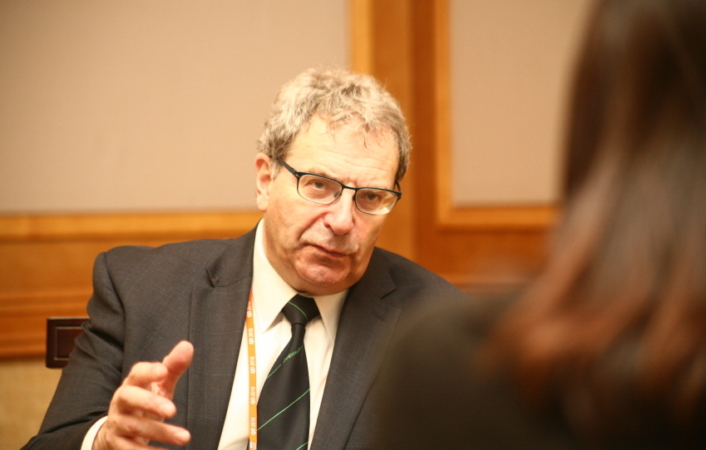 One speaker, Dr. Alexander L. Efros of the US Naval Research Laboratory, explained that by using artificial particles such as quantum dots, people can, in theory, create materials that do not occur naturally. Improved tunable LEDs, lasers and displays are just a few notable examples of the progress scientists have already made on this front, he noted.

“Quantum dot technology advances mean that people can now dream of new solid state materials with properties that nature does not provide us with,” Efros stated.

Bio-imaging is a major area teams are researching around the world; by leveraging various wavelengths, they hope to better visualize tissue for diagnostic and possibly even treatment purposes. For example, a POSTECH team shared their research on exploring the use of quantum dots of different sizes, which emit different colors, to detect cancer in mice. Recently, researchers have even begun to explore near-infrared (NIR) wavelengths, opening possibilities for even more enhanced resolution in such applications.

Another noteworthy application is photovoltaics, a method of converting solar energy into direct current electricity. Bawendi noted that this area specifically has recently seen tremendous progress in the application of quantum dots, with efficiency levels increasing from 3 percent to 10 percent in just five years. With further research, windows that help harvest solar energy using quantum dot technology could emerge. These windows could potentially play an important role in densely populated urban areas where rooftop surfaces are often too small for collecting all the energy required for building operations.

The display industry, specifically, is an area that has already experienced great advancements as a result of the utilization of quantum dot technology. Professor Kookheon Char of Seoul National University explained how the application of a thin layer of quantum dots can produce a light that very closely imitates natural light. The technology, he said, could ultimately lead to bendable light-emitting structures. Next-generation devices equipped with such structures could potentially be thinner, less expensive and allow for more precise color reproduction.

Other potential applications include sensors for self-driving cars and commercial cameras, better methods for nondestructive testing in the aviation and defense industries, and security ink with a unique optical signature to prevent counterfeit passports and currency.

Yet, as compelling as the possible applications of the novel material are, the speakers were quick to mention some of the challenges quantum dot researchers currently face. Quantum dots’ self-absorption properties, for example, limit some applications, while efficiency, toxicity, and in some cases stability are other areas that need improvement.

Samsung, however, is working to overcome these challenges, and has already shown great progress in doing so. The company’s 2015 SUHD TVs, for instance, were the first in the industry to be mass-produced with cadmium-free quantum dots.

Dr. Taeghwan Hyeon, a professor at Seoul National University and researcher at the Institute for Basic Science, told Samsung Newsroom about his response when he first heard about Samsung’s accomplishments. 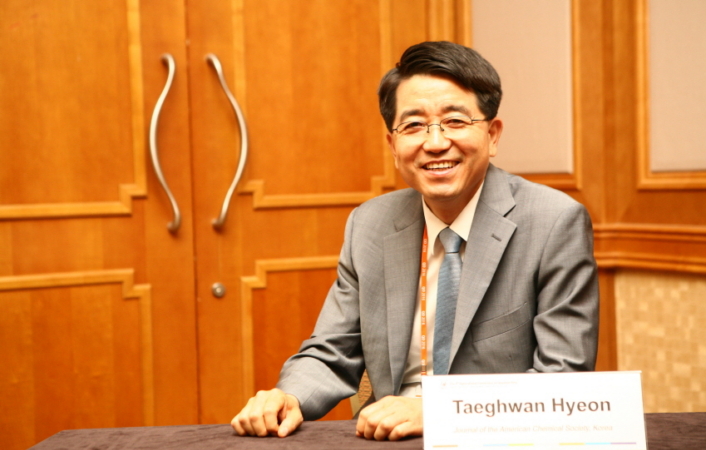 Approximately 90 percent of previous quantum dot studies involved particles with cadmium, explained Hyeon, which would have made it immensely difficult to create efficient light for a TV display. But this milestone is only the beginning for Samsung.

According to experts like those in attendance at QD2016, only time will tell what the future holds for quantum dots. The one thing they are certain about, though, is that the future will be an exciting one.

** This article contains forward-looking statements regarding the research of quantum dot technology. These statements are based on assumptions and the current state of developments, and are thus subject to uncertainties.