As part of Samsung Electronics Vietnam’s collaborative efforts with the Vietnam Fire and Rescue Police Department, the company has announced a donation of 300 IGNIS thermal imaging cameras to assist in the country’s firefighting and fire prevention. It is hoped that the contribution will help improve efficiency and safety in fire prevention and rescue activities in Vietnam.

The ceremonial event to present the donation was attended by Van Son Nguyen, the Deputy Minister of Public Security, Joo Ho Choi, Head of Vietnam Manufacturing Complex of Samsung Electronics, and other senior leaders of Samsung Vietnam. Also in attendance were representatives from departments and agencies under the Ministry of Public Security and the Management Boards of the Public Security Departments from the 11 beneficiary provinces. 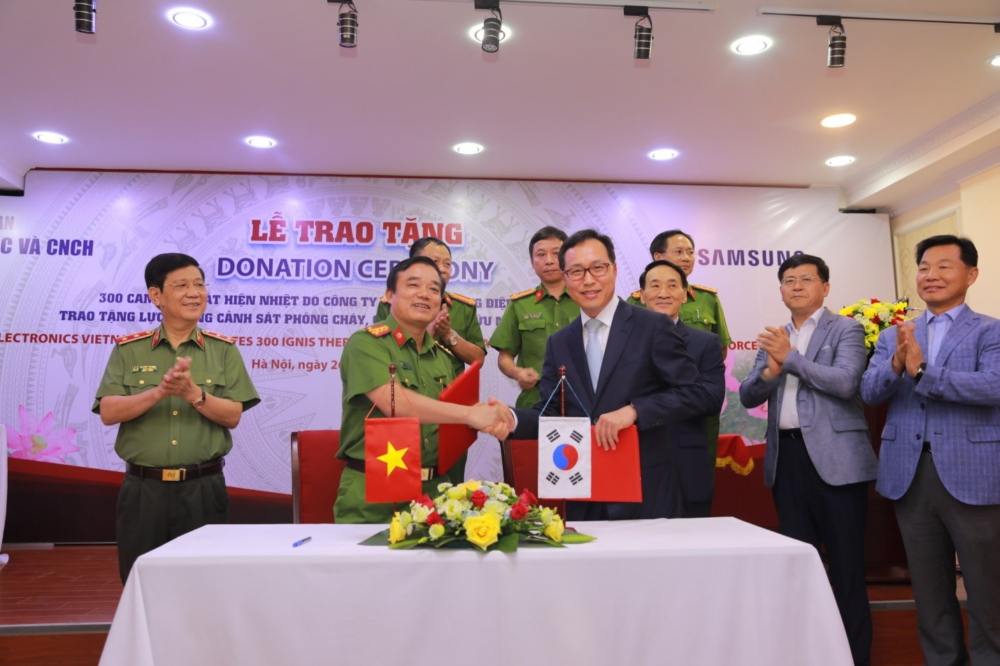 Samsung’s IGNIS thermal imaging cameras are able to detect ignition points, locate victims, identify terrain, determine time and indicate paths to be avoided, helping firefighters to both rescue those in danger and keep themselves safe during a rescue operation. The cameras were designed for high resistance to water, dust and heat, with outstanding durability in a compact, wearable size (106*95*64mm, 350g).

“Fire prevention and rescue activities are pivotal in every nation for saving lives and assets of citizens. We are pleased to know that local firefighters will be equipped with our cameras, which will help them fulfill their duties and protect public safety,” said Choi.

After receiving the 300 IGNIS thermal imaging cameras, the Vietnam Fire and Rescue Police Department will organize a training course for officers and firefighters on how to utilize the devices. Deployment of these cameras will help improve firefighting capacities and minimize the damage caused by fires, explosions, or accidents in 11 provinces including Hanoi, HCMC, Hai Phong, Binh Duong, Dong Nai, Da Nang, Can Tho, Bac Ninh, Ninh Binh, Phu Tho, and Thai Nguyen.

How One Firefighter’s Experiences Sparked Inspiration 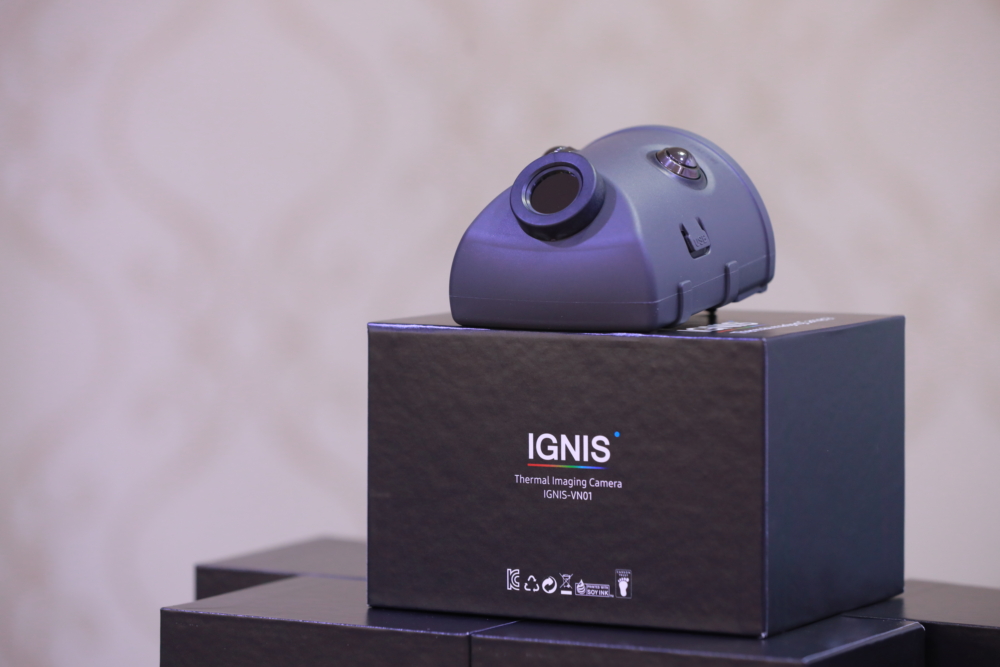 Finding that conventional thermal observation devices (TOD) for firefighters are too heavy and expensive to be provided to each firefighter, Gyeong-Seung Han, a firefighter from South Korea, was prompted to devise a thermal imaging camera based on his firefighting experiences. Han submitted his idea to the 2016 event and his entry was awarded IDEA Grand Prize (2016) and IMPACT Grand Prize (2017).

Not only was Han provided with prize money and additional funds to help further develop his idea, he was also provided with a team of support from engineers from C-Lab – Samsung’s idea generation and entrepreneurship program – to help bring his ideas to life. The IGNIS team worked through many versions of the device to realize Han’s vision for a more compact, easier-to-use, cost-effective thermal imaging camera that can withstand extreme conditions. As a result, Samsung Electronics has provided 1,000 IGNIS thermal imaging cameras to firefighting units in South Korea to put into practice. There have been numerous real-life testimonies from firefighters that they were able to save more lives through the use of IGNIS thermal cameras.