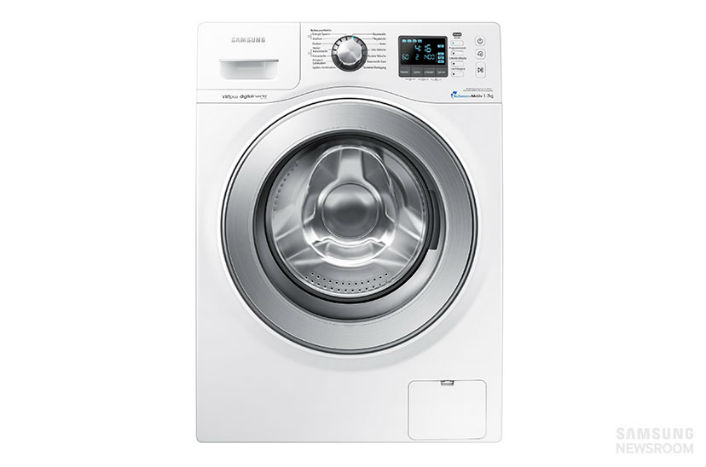 Samsung Electronics announced that the Samsung WF76F7E6P4W washing machine has been awarded a prestigious number one rating by Germany’s top consumer standards organization.

Stiftung Warentest tested 12 washing machines with a load capacity of seven to eight kilograms and an energy rating of A+++. Each was thoroughly and rigorously tested against a number of criteria including environmental aspects, user friendliness of handling and functionality of washing.

The Samsung WF76F7E6P4W was awarded the best combined score of 1.8, due to its outstanding performance. The functionality of Samsung’s washing machine outshined that of its competition. In particular, the most notable category achievement was scoring ‘very good’ for its ‘durability’, for which around 10 years* of use was simulated, highlighting the longevity of the product and its value for money.

“Our Research & Development experts have been setting new standards for many years at the European Research Council in Stuttgart, with whom we work closely in order to continually advance the white goods category,” said Daniel Harvie, Director of Digital Appliances Business at Samsung Europe. “Because of this, we are especially proud of our recent award in the washing machine category, and believe that it reinforces our strategy and focus on quality and high life expectancy.”

This is the sixth consecutive year that a Samsung washing machine has been awarded this rating in the ‘Life Expectancy’ category**, and these combined achievements further cement Samsung’s status as a global leader in innovation and expertise in the field of home appliances.

* Three machines of each model ran 1840 cycles in various programs, Which  is equivalent to doing 3.5 wash loads per week for 10 years.