Samsung Galaxy Studio Takes CES Attendees Up, Down and All Around with Gear VR 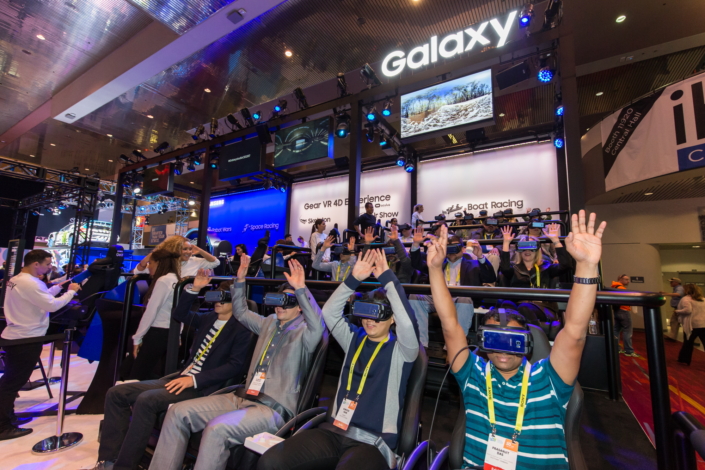 Virtual Reality (VR) is no longer some distant, experimental technology. It’s here, and it’s transforming the way the world is entertained. At CES 2017, industry leaders have come together to showcase the technology’s latest advancements. Perhaps nowhere is more abuzz with excitement, however, than Samsung’s Galaxy Studio.

The experience zone is best described as a technological playground of sorts, outfitted with four types of 4D simulators that make VR more exciting and dynamic than ever before. 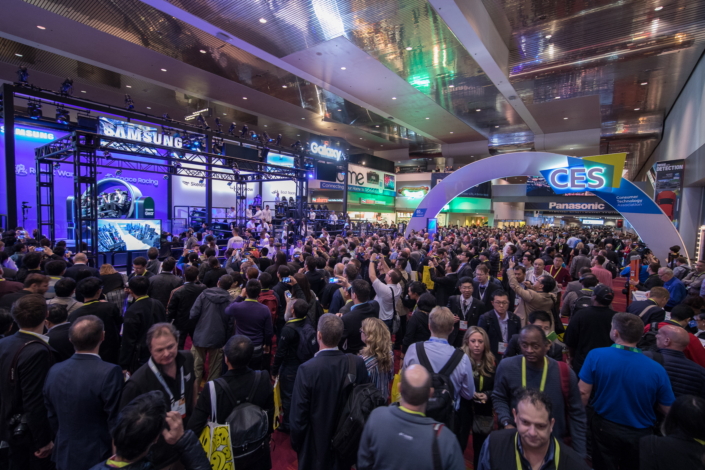 A recently unveiled gyro takes participants on a 360-degree race through space, while a module sends thrill-seekers on an exhilarating ride down a skeleton track. Meanwhile, attendees experience an airshow from a pilot’s perspective via a 4D chair, and a newly introduced Sway simulator takes viewers on a scenic boat ride. The devices offer an adrenaline rush that is sure to leave just about everyone with a smile on their face.

The Samsung Galaxy Studio also gives CES attendees the opportunity to participate in a unique, 4D interactive game that puts the viewer in the middle of a giant robot war. Utilizing a variety of sensors and cameras, the game enables viewers to virtually become one of the robots and throw items at their opponent to gain points. 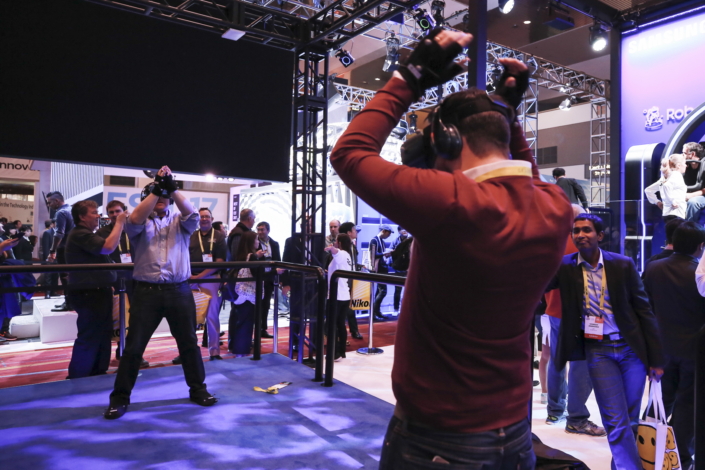 Visit the Samsung Galaxy Studio at the Las Vegas Convention and World Trade Center (LVCC) Main Concourse (GL10) until January 8, 2017, and stay tuned to see how Samsung is innovating to transform the way the world is connected and entertained, virtually.

Check out the highlights from the Samsung Galaxy Studio in the photos below. 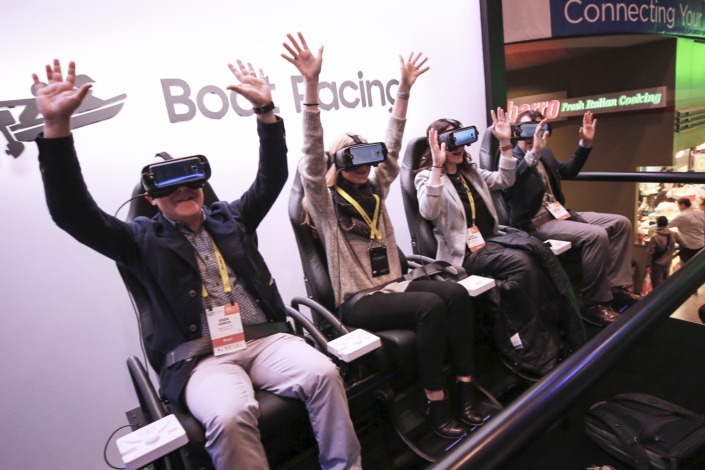 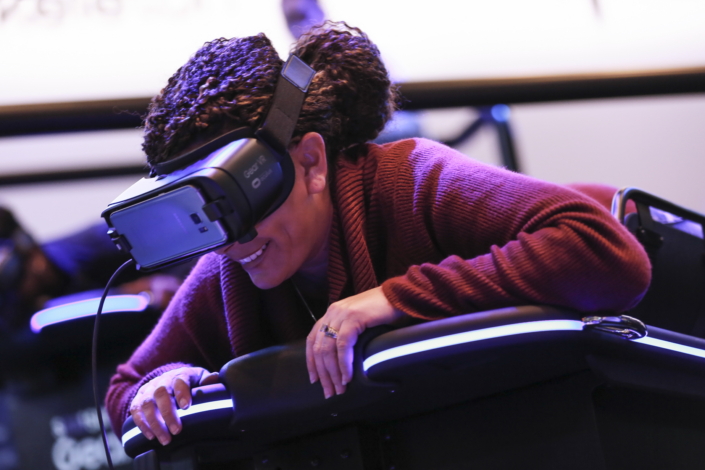 CES participant follows along on a skeleton athlete’s thrilling ride in Whistler, Canada. 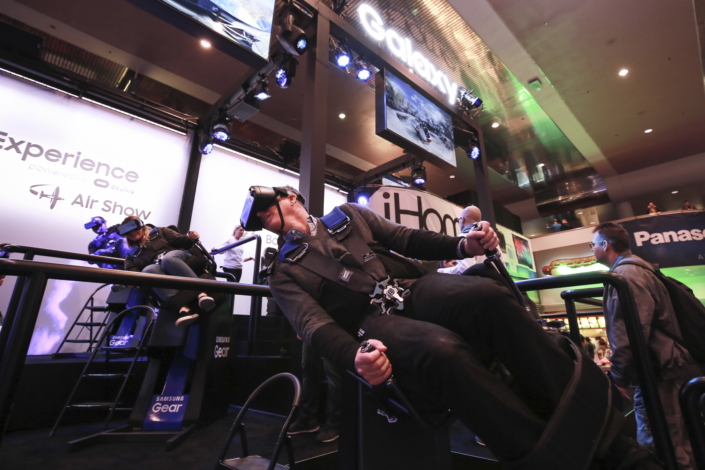 Participants get a feel for extreme aircraft stunts through the new Whiplash Pulsar 4D chair. 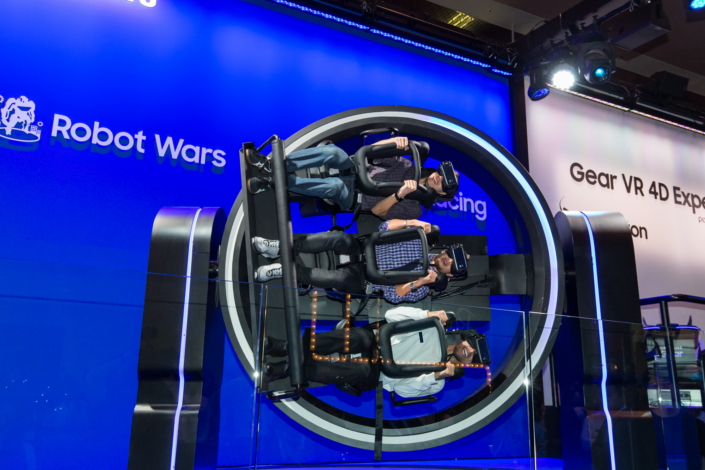 The never-before-seen Gyro 4D simulator rotates 360 degrees vertically and horizontally to replicate the motions of a spaceship racing through space. 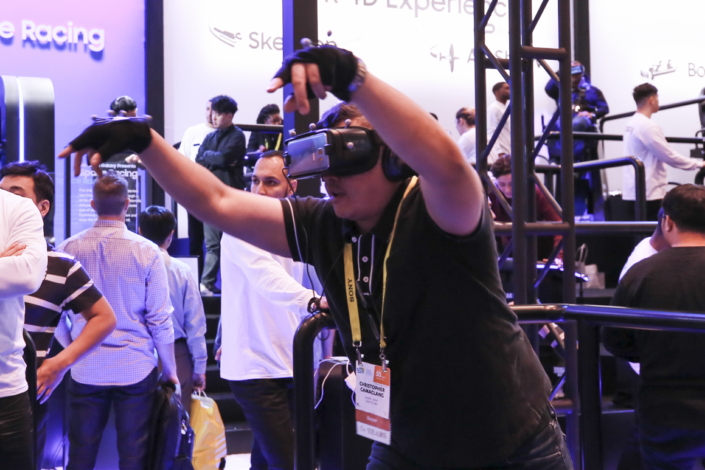 The Samsung Galaxy Studio lets CES attendees put themselves in the middle of an action-packed robot war game. A variety of sensors and cameras work together to allow viewers to interact with their robot opponent.