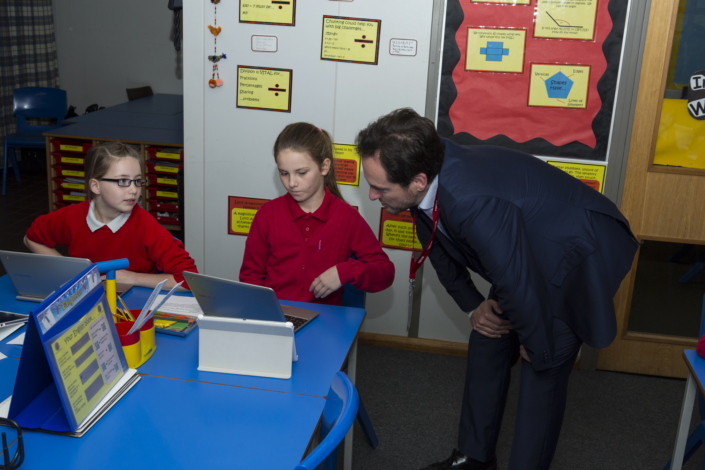 Samsung Electronics today announced the research findings from teachers and 3,000 pupils across the UK who have participated in its Digital Classroom programme over the past three years. Samsung has been supporting education as a global cause since 2013 and the Digital Classroom initiative was launched in order to explore the impact technology has on teaching and learning, helping to address the digital skills gap in the UK.

Feedback from the schools participating in the programme reveals that pupils demonstrated high engagement with lessons, were more motivated and showed marked improvement in grade attainment. Teacher confidence also improved and teaching practices changed over time, with children increasingly able to work independently and collaboratively. The three-year initiative has involved establishing Digital Classrooms in 15 primary schools in challenging circumstances across the UK. Students and teachers were equipped with a suite of classroom technology including tablets, Chromebooks, laptops and an interactive whiteboard, as well as providing key training for teachers and ongoing technical support, to create an enhanced learning environment.

The research findings underpin Samsung’s belief that the provision of technology acts as a facilitator for fueling natural curiosity and a desire to learn. Bringing technology into the classroom had a positive influence on pupils’ digital skill development, enhancing their learning experience and increasing pupil collaboration and confidence:

Moreover, the findings highlight the great improvements that pupils’ have made in developing their digital skills between the start and the end of the 2015/16 academic year:

The Digital Classroom also had a disproportionality positive effect on children who needed extra support and motivation. Teachers reported that the Digital Classroom increased flexibility, gave them the capacity to differentiate learning and made lessons far more inclusive. By making work more attractive, this served to boost pupils’ independence, confidence and pride. The use of reading apps has helped children with dyslexia feel equal in the classroom while translation tools have helped those for whom English is a second language.

Bede Community Primary School, in Gateshead, Newcastle, is one of the schools which was selected to become a part of the Digital Classroom programme. Three years on since launching the classroom, teachers have been amazed with how the technology has transformed their lessons.

Andrew Riley from Bede Community Primary School commented: “One of the greatest impacts of the Samsung Digital Classroom has been on pupils’ personal growth and maturity, both in the classroom and outside of school. The programme has helped teachers to cultivate independence and build confidence amongst pupils by encouraging ownership of learning outcomes and self-directed learning. Here at Bede School, we feel there is a very clear relationship between academic achievement and the digital classroom, with every pupil who has taken part in lessons in the classroom progressing by at least two levels. Pupils are now more open and ready to learn in the classroom, which has meant the pace of learning has increased.”

Aleyne Johnson, Head of Government Relations and Citizenship, Samsung UK said: “We are delighted by the fantastic results generated by the Samsung Digital Classroom initiative, with the last three years showing a positive shift in pupil’s attitudes to learning as a result of integrating more technology into lessons. Whilst we have come a long way, it’s not over yet, and we are looking forward to continuing to work with our partners and many educational initiatives, to create innovative digital learning environments across to the UK to support and invest in the workforce of tomorrow.”

Discover the Samsung Digital Classroom at a glance below! 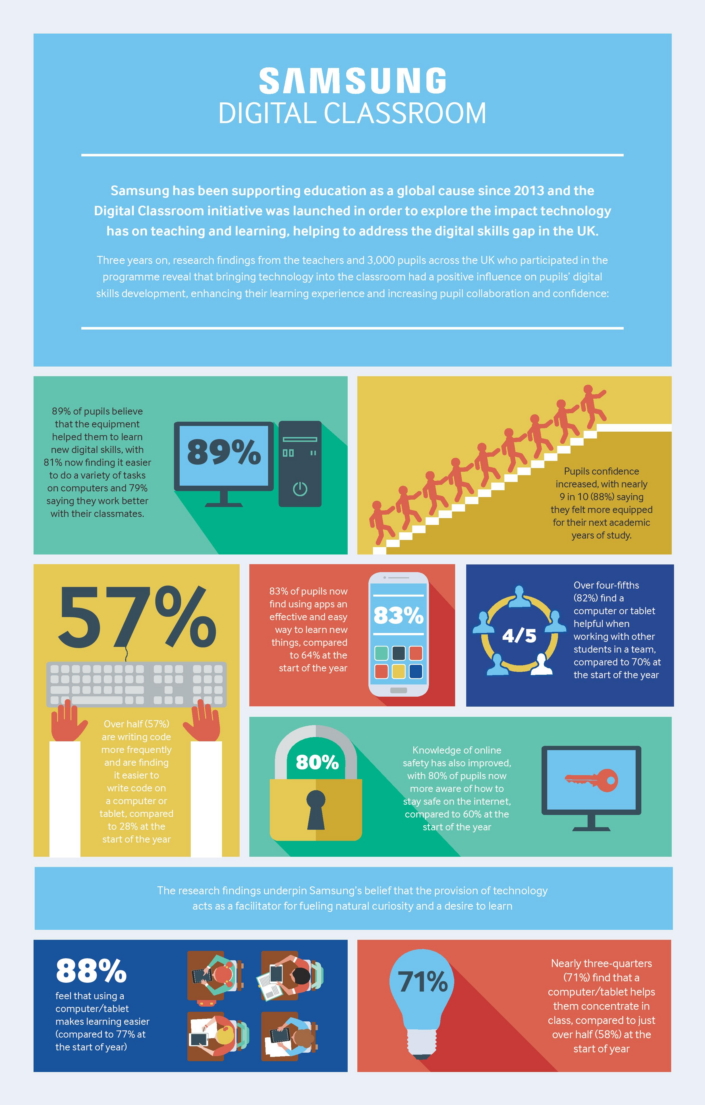