Samsung will also release its new lineup of SUHD TVs, ranging from 49 to 88 inches, around the world over the next few weeks. In response to high levels of consumer demand for large and curved screens, Samsung has increased its range of industry-leading curved SUHD TVs and 65-inch-plus large-screen SUHD TVs. 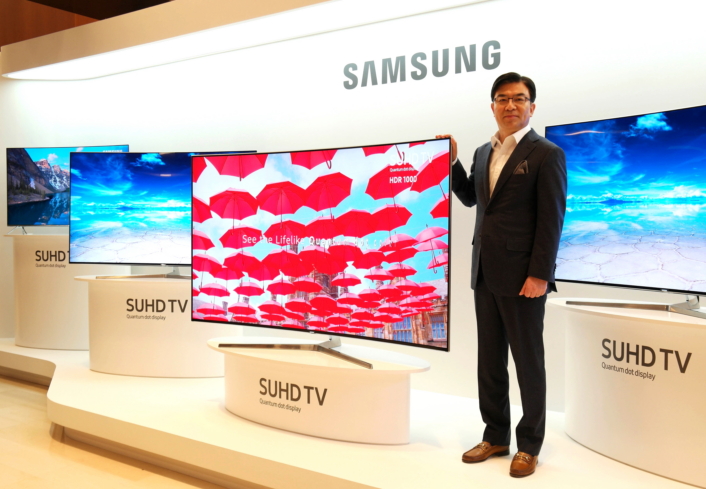 Samsung also has developed a special anti-glare panel called Ultra Black for its 2016 SUHD TVs, which can reduce potentially distracting light reflections from the device’s screen.

Samsung has redesigned the Smart TV user experience (UX), enabling consumers to find their favorite TV shows from a single menu on the main screen, regardless of their source. These sources can include cable and OTT providers, and even connected devices like gaming consoles and Blu-ray players.

Another innovation for the Samsung Smart TV is a single remote control experience that eliminates the need for separate controllers for various TV-related devices. These include set-top-boxes, OTT boxes, Blu-ray players and gaming consoles. Now, say the device’s developers, a single remote can do it all.

“The 2016 SUHD TVs are next-generation devices, with the best color, brightness, usability and design,” said Hyun Suk Kim, President of Samsung Electronics’ Visual Display Business. “With these new sets, we will blaze a trail in the new age of Quantum dot displays.”

Watch below videos for detailed information about Quantum dot color and HDR 1000.