Samsung Electronics may be a large company, but it has long maintained an experimental character, focused on developing futuristic technologies with the spirit of a startup. From TVs, display technology and DRAM in the past to the Internet of Things (IoT) today, Samsung has continually challenged itself to push forward, creating the next generation of devices that will transform people’s lives. Over the years, many of Samsung’s most notable accomplishments have been unveiled or displayed at CES, the annual consumer technology showcase held in Las Vegas.

That spirit will once again be on display at the CES 2016. To get a deeper sense of Samsung’s long tradition of achievement and progress, here is an overview of some of its most transformative innovations.

Whether TVs or mobile phones, semiconductors or home appliances, Samsung has been turning the future into the present for decades. It developed the world’s first 30-inch TFT-LCD TV in 1997 and in 2006 it unveiled the world’s first 82-inch LCD TV with an LED backlight (LN-S8297D). More recently, 2014 CES was where Samsung debuted its lineup of curved UHD TVs, then in 2015 it introduced SUHD TV, with displays that offer the brilliant colors, vibrant details and immersive UHD resolution.

Samsung has also introduced some more unusual innovations, like the touch display table in 2012 (the SUR40), the first transparent LCD TVs ready for mass production in 2012 (LTI460AP01) and the world’s first bendable UHD TV at CES in 2014 (85U9B)—and that’s just for displays. 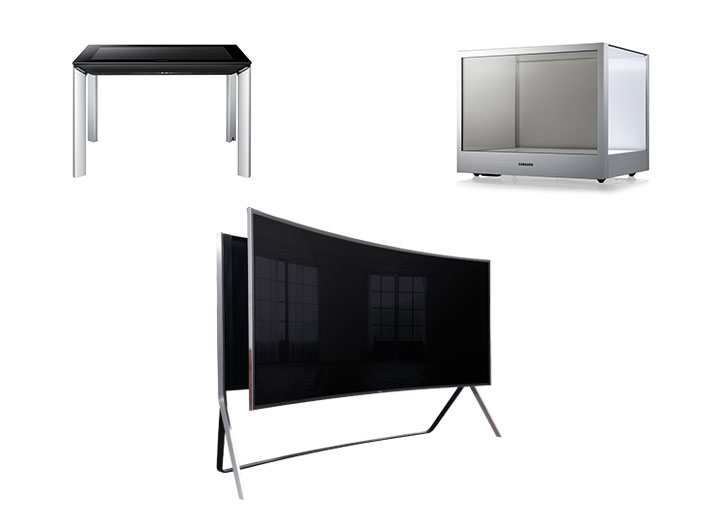 Mobile devices are key parts of people’s lives, giving them the unprecedented freedom and convenience to work and enjoy life while on the go, from anywhere they choose, and Samsung long has been at the forefront of bringing these advances to life. It introduced the world’s first commercialized watch phone in 1999, the SPH-WP10, which—at 50 grams and 2 centimeters thick—was unlike anything else in the market at the time.

Samsung also introduced a wearable sports device back in 2004, the CES Innovation Award-winning MP3 player YP-60. Known at the YEPP Sports, this MP3 player was worn like an arm band and was capable of calculating heart rate, tracking calories burned and being used as a stopwatch. Today Samsung is continuing to lead the way with wearables, and the Gear S2—with its unique rotating bezel and more than 1,000 compatible apps—has been recognized with a Best of Innovation award at the 2016 CES. And the Gear VR turns the Galaxy Note5 and Galaxy S6 edge+ smartphones into an incredibly immersive virtual reality experience, in a comfortable and convenient headset. 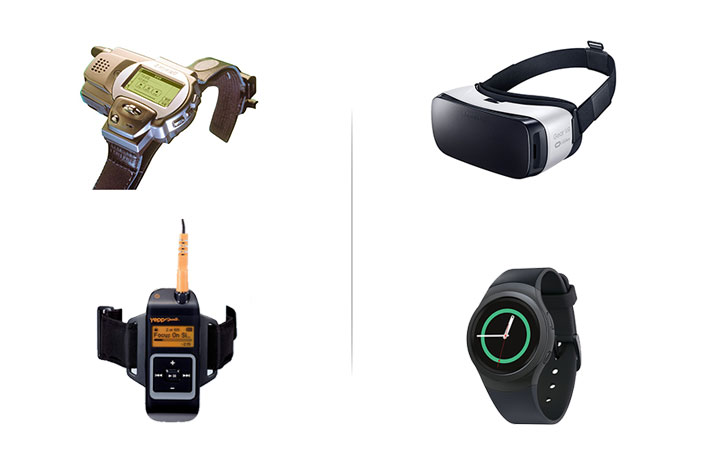 Semiconductors and storage devices have long been areas where Samsung had been at the cutting edge. It won a CES Innovation Award in 2008 for its 64GB SSD memory. This groundbreaking memory device, using NAND flash memory, was one of the first SSDs to use a SATA II interface, and helped to usher in the transition to SSDs.

Since then, Samsung continued to innovate and break new ground in the SSD sector. In 2015, it introduced the portable SSD T1, which offers up to 1TB of memory in a form about the size of a credit card. The T1 was a 2015 CES Innovation Award winner. And with the 2016 CES Innovations Awards, Samsung has been recognized for its 2TB T3 and 950 PRO SSD drives.

The Internet of Things (or IoT) has been front-and-center for Samsung since its keynote address at CES 2015. But, in fact, Samsung has been developing IoT-related technologies for years, having long seen the potential in connecting all the devices in people’s homes and in their lives.

In 2013, Samsung won an innovation award for its LED Smart Bulb. The Samsung Smart Bulb used less energy and lasted longer than incandescent bulbs, integrated with wireless communications capabilities so people could control their lighting using their smartphone. 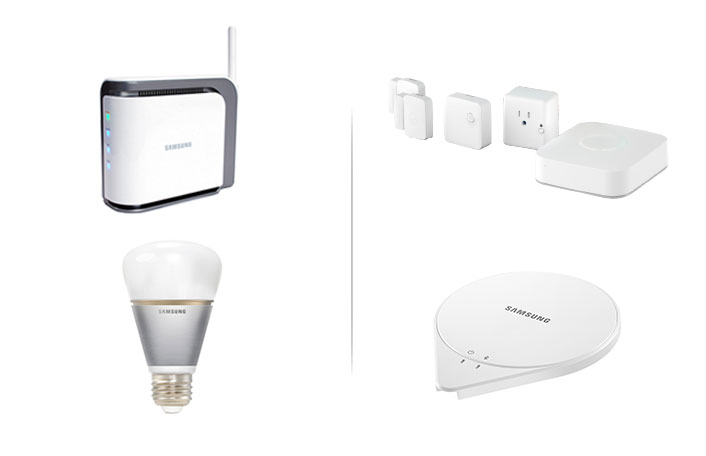 Today, Samsung’s IoT services are taking the possibilities and convenience of the IoT to a whole new level. Underpinned by openness and interoperability, the IoT is interconnecting people’s homes, cars and other key parts of their lives, creating ever more efficiencies and synergies as they work together. That is the idea underlying the IoT, and the reason Samsung has said all its devices will be IoT-compatible by 2020.

The goal for Samsung is to shape a future for people everywhere that is more convenient and full of possibilities. It’s not about being a flash-in-the-pan with the latest trend. Instead, Samsung is committed to creating devices and innovations that inspire and enrich people’s lives. It takes relentless dedication over the long-term to maintain that leadership, but that is Samsung’s vision for the future.