On September 6, Samsung joined forces with Michelin star-winning chefs Michel Troisgros and Michel Roux Jr. for the latest iteration of its Club des Chefs show at IFA 2019 – this year, with the exciting addition of Samsung’s latest smart kitchen innovation, the AI kitchen-assistant robot Bot Chef. Samsung’s top-of-the-line Future Kitchen, welcomed over 100 eager guests and IFA visitors for its presentation of the latest in culinary innovation technology. 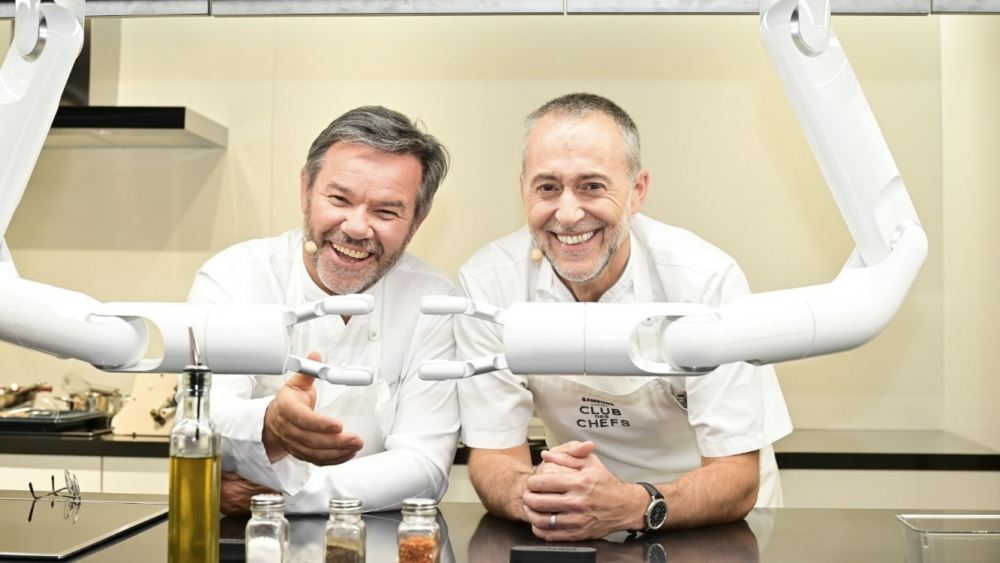 For this year’s IFA Club des Chefs cooking show, Chef Michel Roux Jr. was in charge of preparing the appetizer and dessert while Chef Michel Troisgros took responsibility for the entrée. 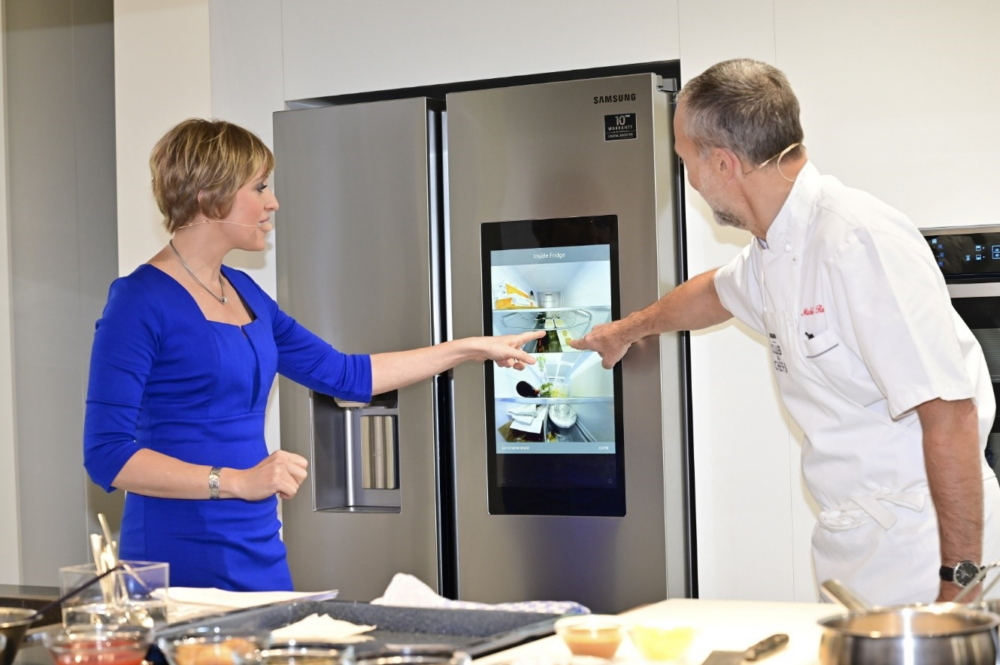 Chef Roux Jr. (right) demonstrates the time-saving qualities of Family Hub, which allowed him to easily and quickly check what ingredients were inside the refrigerator ahead of preparing his dishes.

Moving on to the preparation of his two dishes, Chef Roux Jr. took advantage of the flexibility offered by Samsung’s Dual Cook Flex Oven as he was able to simultaneously bake choux buns for the dessert whilst also cooking the appetizer, a pissaladière. Given that choux buns require a hotter cooking temperature than a pissaladière, Chef Roux Jr. was able to cook the two dishes separately in the upper and lower compartments of the Dual Cook Flex Oven, meaning they could cook independently yet at the same time at different temperatures. Chef Roux Jr. was also able to check on each dish in its separate compartment without disturbing the other, thanks to the Dual Cook Flex Oven’s versatile Flexible Door. 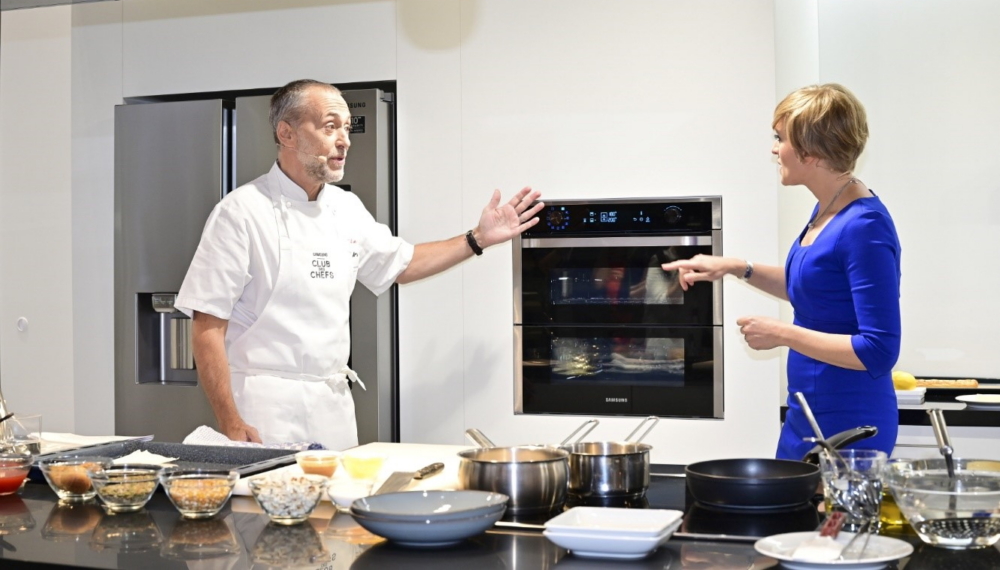 Chef Roux Jr. explains to the MC and the Club des Chefs audience how the Dual Cook Flex Oven saves users time thanks to its separate upper and lower compartments.

When it came to Chef Troisgros’ turn to prepare his entrée, Chef Troisgros was able to minimize food preparation time thanks to the Dual Flex Zone Plus’s cooktop, which meant that he could cook potatoes two different ways simultaneously – one in a pot and one in a wide steamer. The audience was impressed with how, thanks to its expansive, open dual-zone surface, the Dual Flex Zone Plus offers chefs maximum efficiency and flexibility when cooking with different sizes of cookware at the same time.

For the preparation of the sauce of the entrée, the Club des Chef’s latest sous-chef made its appearance — Samsung Bot Chef. The audience was impressed to see how Samsung’s AI-powered kitchen assistant robot — also called a cobot — was able to independently work on a variety of tasks, including seasoning the sauce with salt, stirring the contents of the pan and even taking hold of a utensil and offering up a spoonful of the sauce for the Chefs to taste. 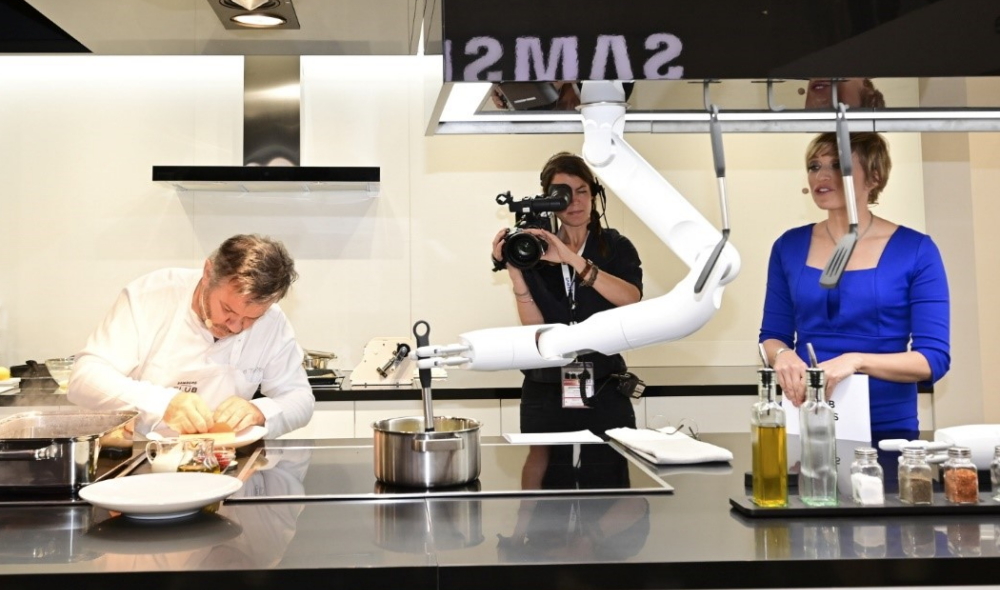 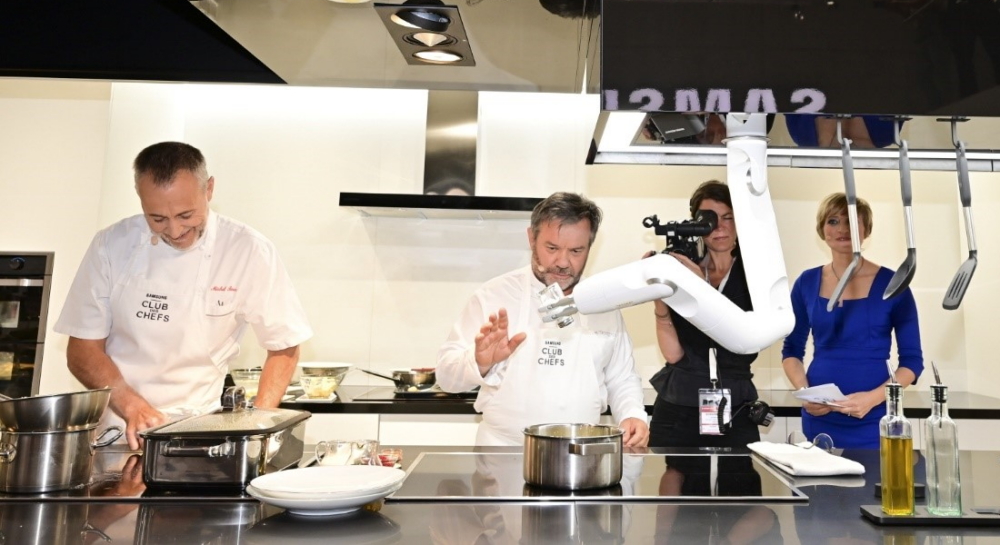 Bot Chef assists Chef Troisgros (center) in preparing a sauce by taking hold of a utensil and stirring, top image, and seasoning the pan’s contents with salt.

The audience was eager to hear from the event MC and Chefs how Bot Chef uses an extensible AI-powered system that users can command, with new skills available via download from Samsung’s robot skills ecosystem. Bot Chef can be instructed either by simple voice command or through app-based controls, and is able to assist with tasks throughout the cooking process, from preparation – cutting or stirring food – to plating and seasoning.

During Bot Chef’s presentation, the Club des Chefs cooking show audience witnessed not only how this innovative artificial intelligence-assisted technology helped with cooking, but also how Samsung’s mobile ecosystem capabilities create a seamless connectivity throughout the cooking process across Samsung’s home appliance devices. 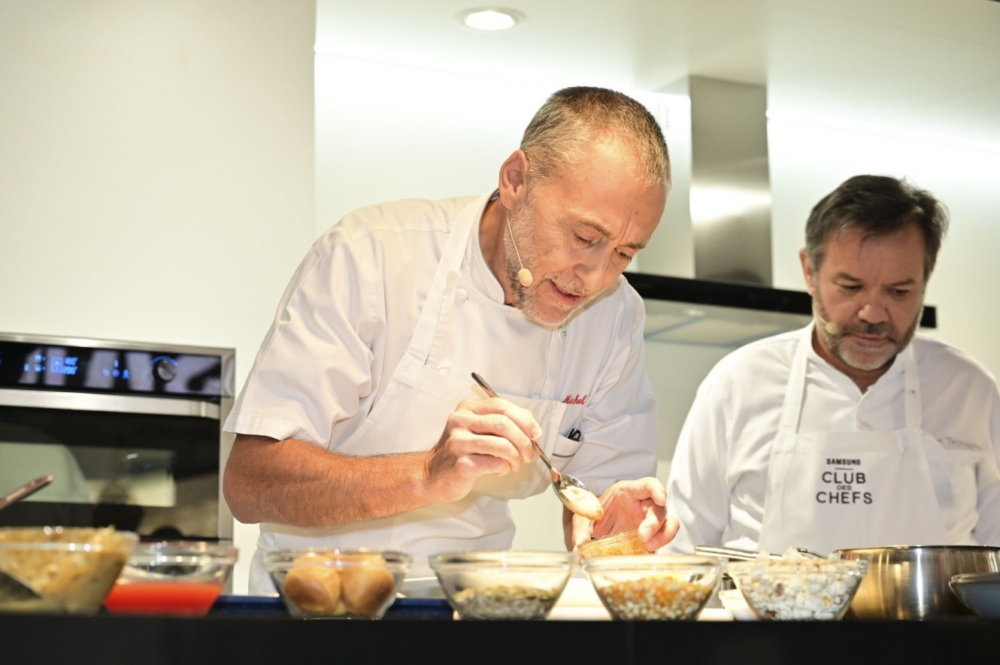 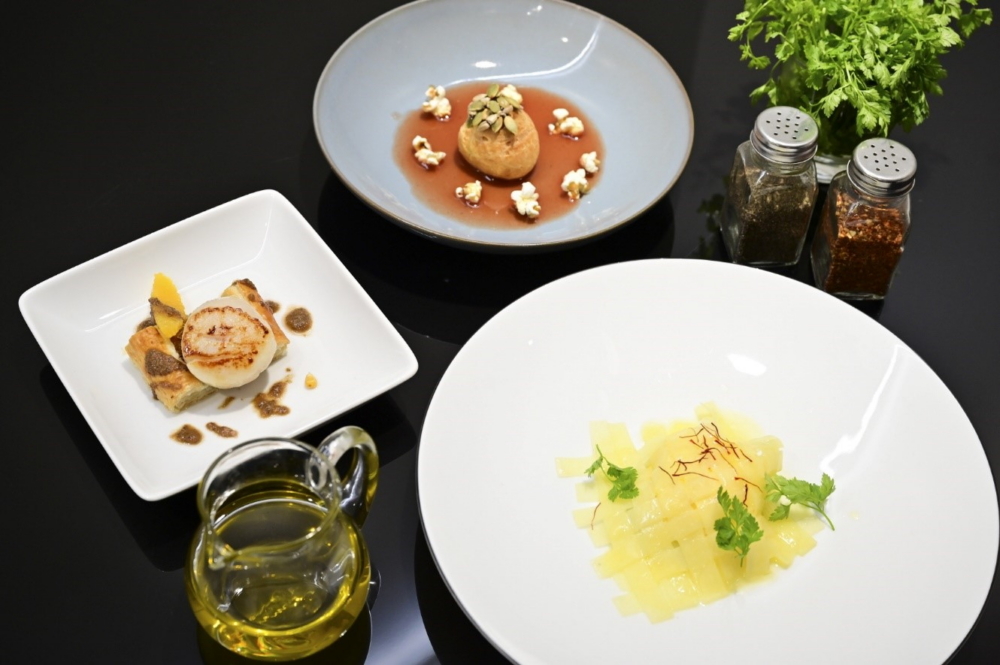 Premium Connectivity for the Modern Kitchen

As the show was drawing to a close, the MC invited Chef Troisgros and Chef Roux Jr. to join her for a selfie to commemorate the event. The photo was then easily transferred from a Samsung smartphone to the Family Hub’s Family Board to be displayed for all. 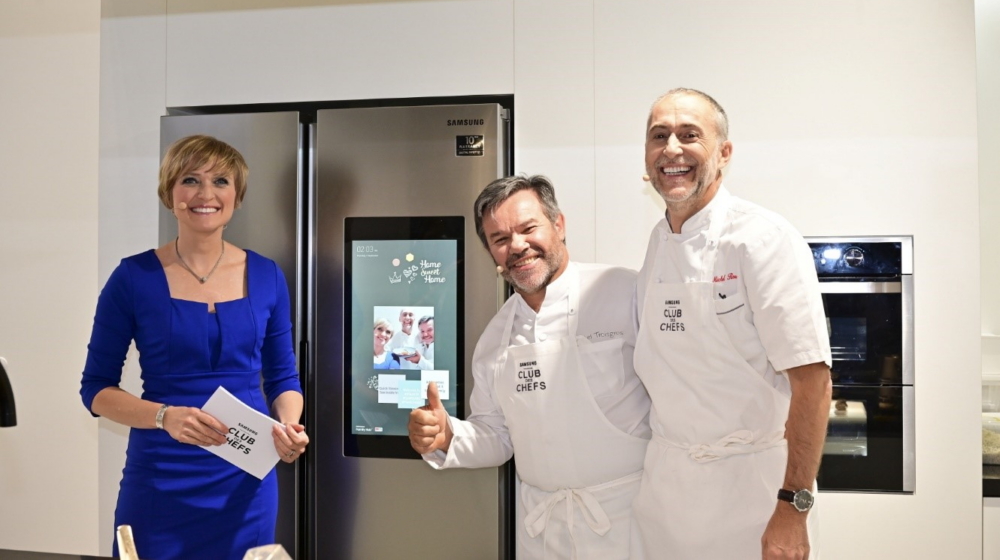 The audience left the cooking event full of ideas as to how Samsung’s smart kitchen appliances, driven by AI and IoT functionality, can seamlessly integrate into their own kitchens. Thanks to their premium contemporary design and intelligent support capabilities, Samsung smart kitchens are creating brighter futures for busy modern families today.