The Tech that Increases Fridge Space without Invading your Kitchen

You’re familiar with the situation. You return from the grocery store with bags full of goods but then find out there isn’t enough space in the fridge to hold everything. Try as you might to pull in all your Tetris skills to rearrange your food, you usually find yourself wishing for extra space.

It’s a dilemma that has two options. One choice is to buy fewer items in the weekly shop and then make more trips to the local store throughout the week. But that’s inefficient, and ends up costing more in the long run. The other option is to buy a bigger fridge. The only problem there is the space in the kitchen limits your ability to buy bigger white goods.

The solution that makes the most sense is to opt for a bigger fridge that has the same footprint as your old one. Impossible? No, this is actually an issue refrigerator engineers have been tackling for quite some time. 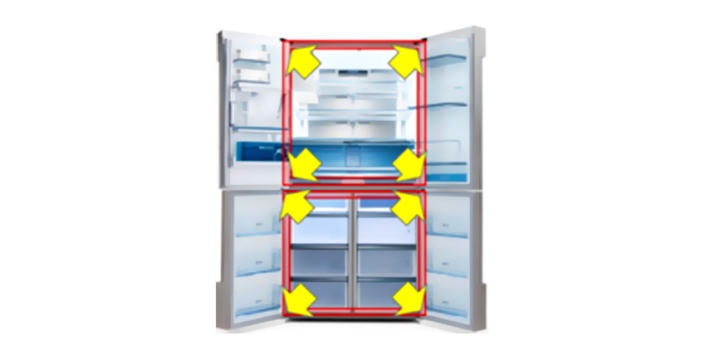 SpaceMax technology is the sum of solutions Samsung engineers have found. One way Samsung works to offer more capacity than the average fridge is by being smarter with the insulation. The insulation in SpaceMax fridges is thinner but efficient.

The technology first made an appearance in Samsung’s 2008 refrigerators developed under project name Guggenheim. The application of thinner insulation helped increase the capacity by an additional 100 litres. Proving its impact on the market, this model is still on sale eight years on. 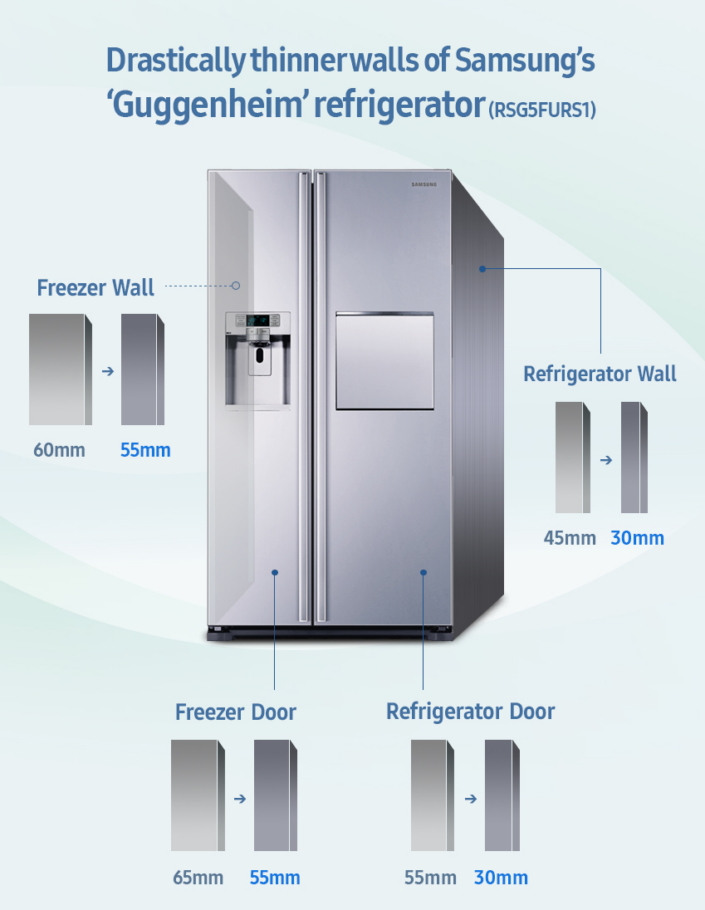 To get the correct formula for success, it requires an incredible feat in optimization. There’s a need to consider both capacity and energy. For instance, you cannot only make the wall thinner for expanded capacity. Similarly, you can’t just make the walls thicker to achieve better energy efficiency. You have to consider both factors rationally.

SpaceMax works through high efficiency poly-urethane (PU) foam insulation and Vacuum Insulation Panels (VIP) working in tandem to increase capacity without compromising on insulation. The results are clear. The freezer wall has gone from 60mm to 55mm, and the fridge wall 45mm to 30mm. The freezer door and fridge door have both slimmed down by 20~25mm and 5~10mm respectively.

Let’s take a closer look at the high efficiency foaming technology used in the insulation. Urethane is a well-known material that fills up the inner wall of the fridge. It’s used in both commercial and general fridges. With an innovative advancement in creating a poly-urethane layer, Samsung was able to decrease the cell size from 200-300㎛ to 100-150㎛. This helped reduce thermal conductivity, which in result improves insulation efficiency by 6.5%.

While the PU foam layer became better at cutting of heat radiation, Samsung wanted to do more. That’s where the vacuum insulation panel comes in. 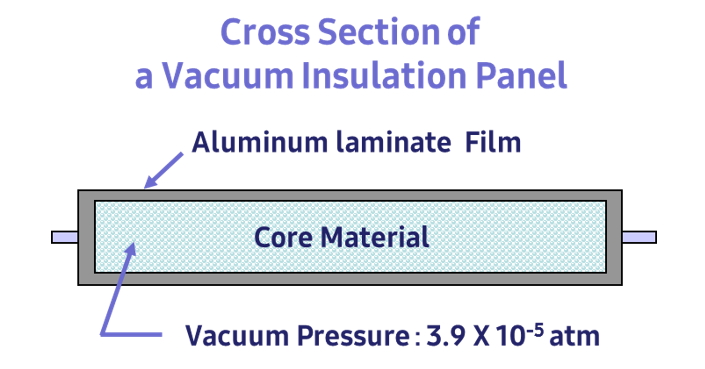 A vacuum state, by definition, eliminates matters that conduct heat. (That’s why many thermal bottles have a vacuum layer.) While it would be structurally and economically challenging to build a whole refrigerator wall that is in a vacuum state, Samsung engineers still found a way to add vacuum panels to cut off heat conduction. If you were to dismantle your Samsung refrigerator wall, you would find the panels on the outermost layer of the insulation – right under the surface material, inwardly sealed off by the PU foam.

Although the exact numbers vary between different models, the rule of thumb is that if the thickness of insulation decreases by 1mm, the capacity increases by 10 liters. Continued breakthroughs have meant that average capacity of our fridges has grown over the years. In the 1990s, capacity sat between 200 and 300 liters. By 2014, that figure was 980 liters.  Every millimeter counts in the challenge to increase fridge space. And if it means your groceries can slide in with ease, the SpaceMax innovation is worthwhile.