One advantage of this innovative device is that it is easy to use. In just a few steps, you can set up the device and learn how to create and view 360-degree images and videos without any hassle. Read on to find out how.

How To: Set Up

There are a few things you need to do before you can use your Gear 360 camera. They are as follows. 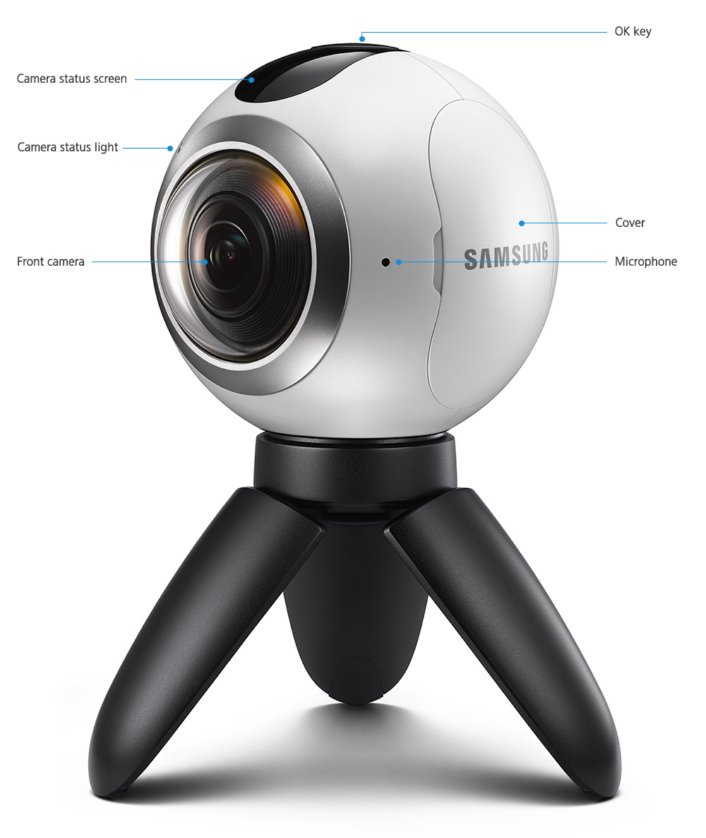 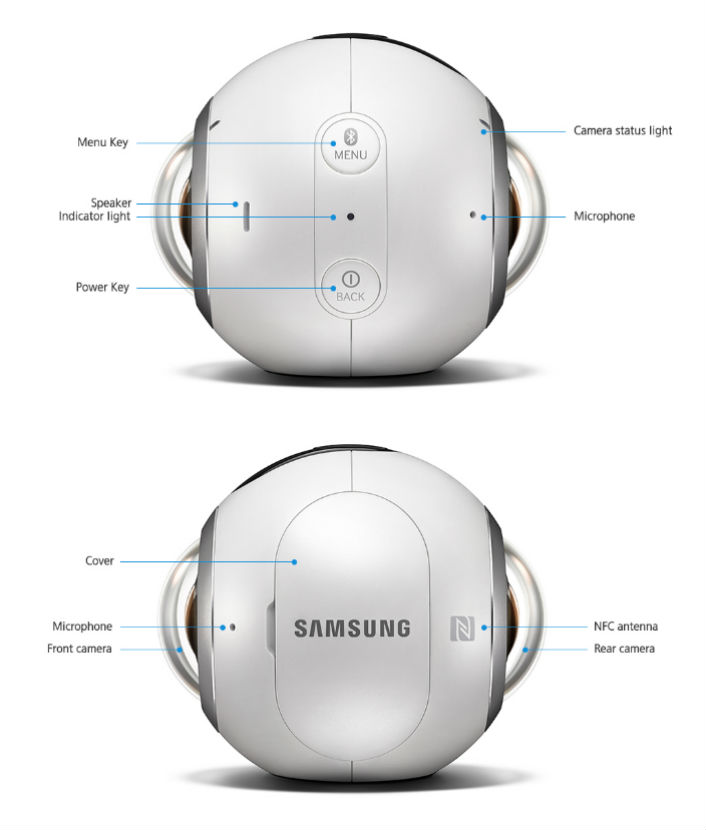 A compatible memory card must be inserted to take photos or record videos. You can then format it from the Settings menu. When you insert or remove a memory card, the Gear 360 will turn off.

Charge the battery before using it for the first time. You cannot charge the Gear 360 while recording a video or using the viewfinder on the connected mobile device. 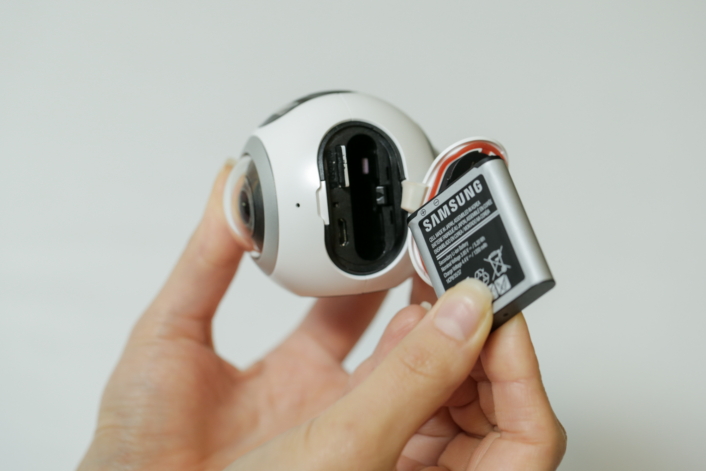 3. Connect to a Mobile Device

You can control or view Gear 360 content on your Galaxy smartphone.* To sync your Gear 360 and mobile device, you first need to download the Samsung Gear 360 app.

Now connect your Gear 360 to your mobile device with Bluetooth or Wi-Fi Direct. 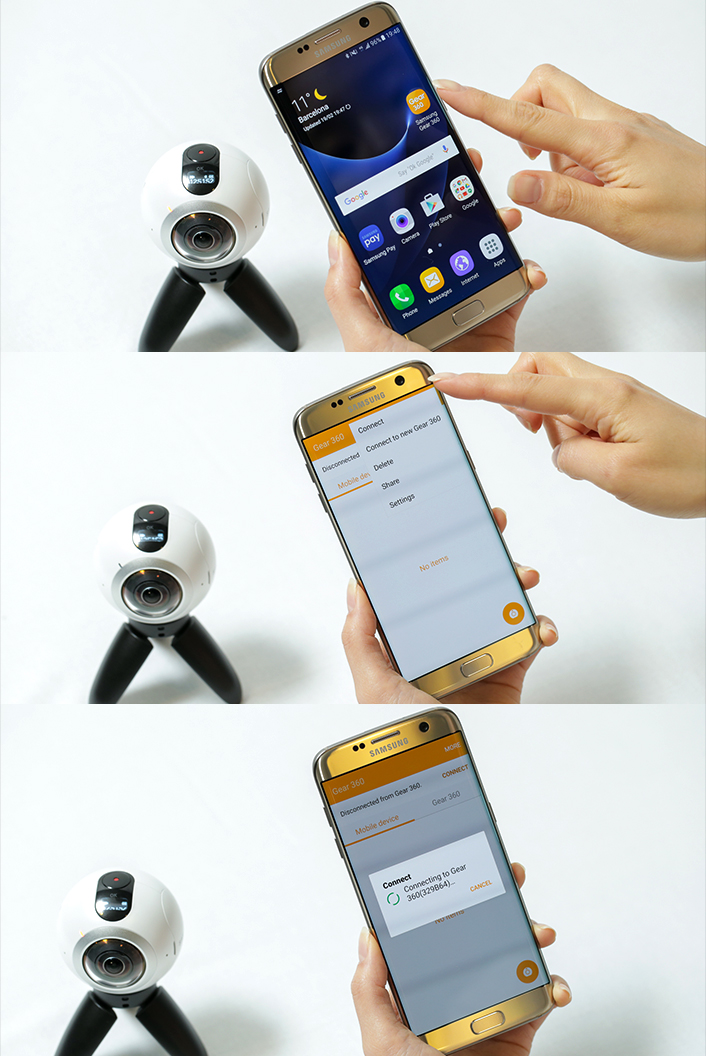 Gear 360 was designed for travel, festive gatherings and every activity in between to provide an all-encompassing visual experience. With a light and compact design, Gear 360 maximizes portability to film outdoors on the go, as well as indoor activities. Furthermore, in addition to the included tripod, Gear 360 can also be mounted on various camera accessories currently available on the market.

Equipped with dual fisheye lenses, Gear 360 gives users the ability to capture high-resolution 360-degree video and still images. Or, should you choose to shoot 180-degree wide angle video or images instead, you can opt to use only one side of the camera lens.

In addition to regular Video mode, you can shoot several videos at set intervals and save them as one video in Time lapse mode. Looping video mode, on the other hand, lets you record a video continuously by overwriting a set period of the video to allow new footage to be captured and save memory card space. 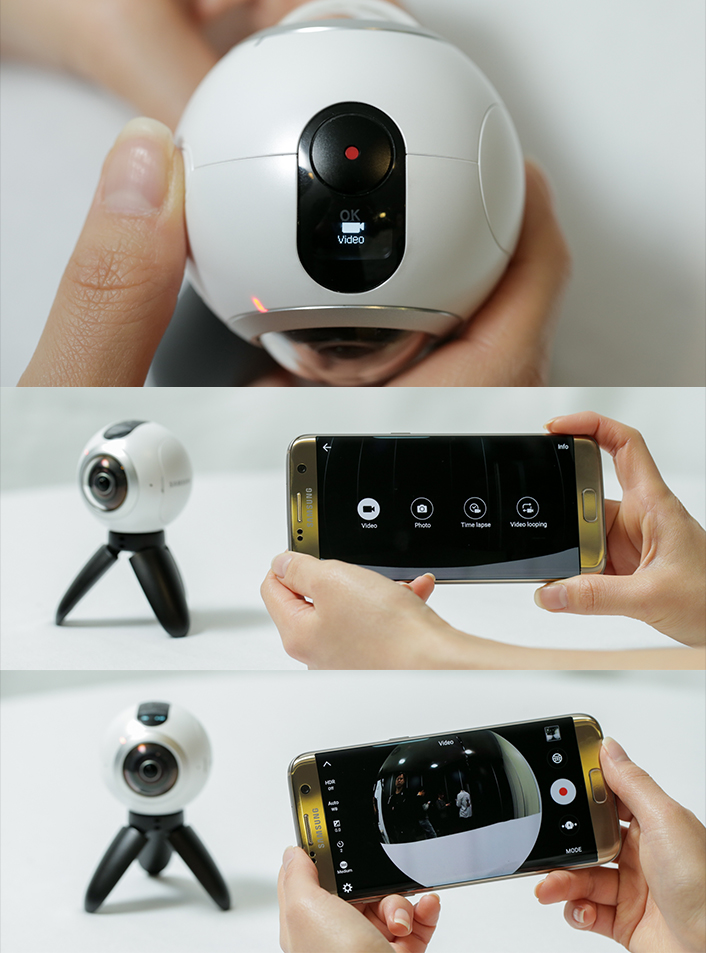 In addition to shooting videos, you can also take still images that capture 360 degrees in a single shot. 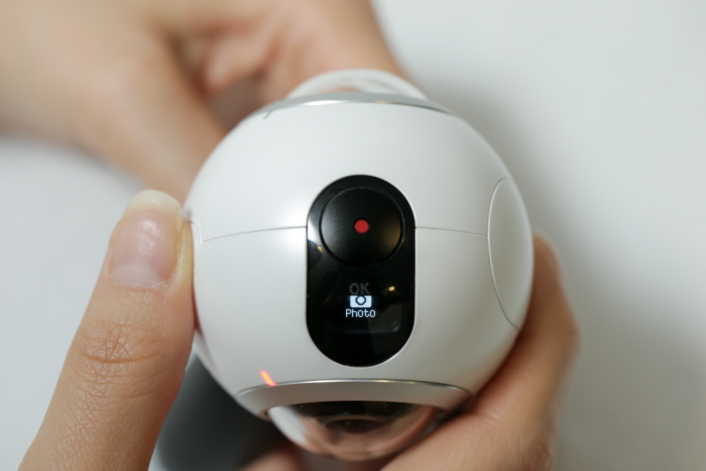 Now that you’ve captured your memories, you can easily view them yourself, or share them with friends and family. You can view the videos and images taken with your Gear 360 in three different ways: on your smartphone, on your computer or with your Gear VR headset. 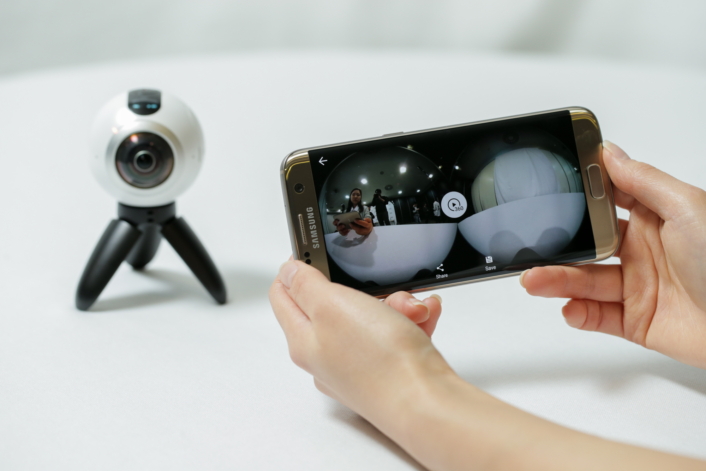 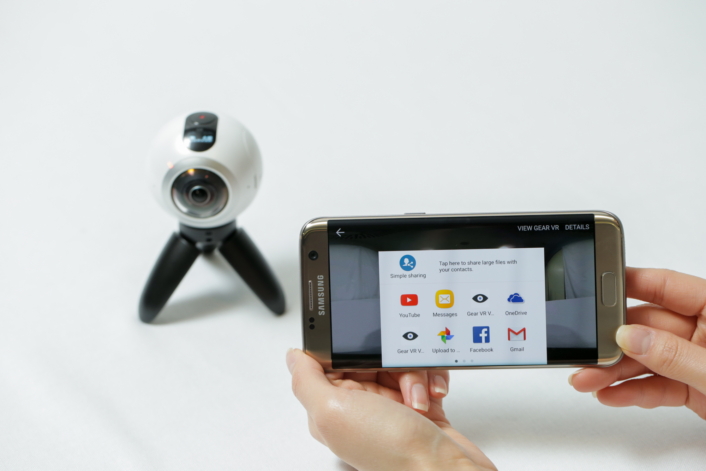 ** The VIEW ON GEAR VR icon will appear on devices in which the Gear VR app is already installed.

*** To install, you need the key number on the box.