Two Artists and a Notebook: How the Notebook 9 Pen Fueled an Artist Collaboration

Whether an ingenious lyric or a beautiful illustration idea – you never know when creativity will strike. Samsung is making sure you’ll never miss a moment of inspiration again with the new Notebook 9 Pen, a lightweight, powerful 2-in-1 PC with a built-in S Pen. To prove just how effective it is, they’ve inspired an artist collaboration of their own.

With an ear for music and an eye for design, K-Pop artist and singer-songwriter Heize and globally renowned illustrator Marc Allante came together over the Notebook 9 Pen’s ability to power their collaboration. Each artist discovered the unique versatility of the Samsung Notebook 9 Pen when they partnered to produce Heize’s brand new single, which was accompanied by an exclusive illustration by Allante.

Being creative on the fly means always having the tools you need with you. As Heize and Allante discovered, the Samsung Notebook 9 Pen is lightweight and easier to use than a paper notebook; when an idea comes to mind, just jot down your thoughts on the move and it’s saved and ready for your next iteration.

“The idea for music doesn’t come just because I sit down to write,” said Heize. “It comes suddenly, when I am doing other work, playing, or even sleeping. I really liked the Notebook 9 Pen since it was light. As a tablet PC, it was easy to carry and work with.” 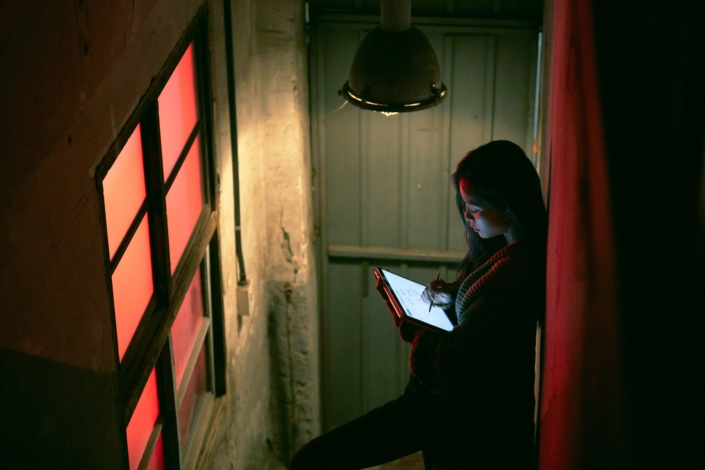 It was precisely this theme of feeling lighter that formed the foundation of the music and artwork behind the collaboration. Heize’s new hit single, “Jenga,” sees the singer dig deep into ideas of freedom and expression as she explores the world around her with a fresh perspective. Allante’s accompanying artwork features vivid, pastel colors and a fine detail that required a light touch. 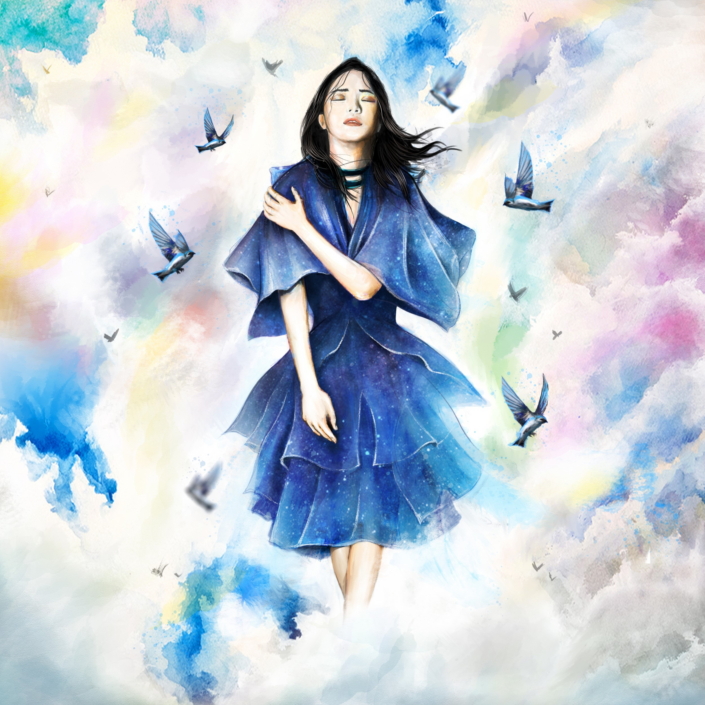 “Digital art is very different from watercolor and ink, which are the traditional styles I normally work with,” said Allante. “I am still learning tricks and techniques with digital media, but thankfully the process was made easier using the Samsung Notebook 9 Pen and S Pen.”

Adapting to Your Needs

Although the collaboration centered around the Notebook 9 Pen, the artists found they required very different functionalities from the device. For Allante, the versatility of the notebook meant a smooth transition from paper to touchscreen. 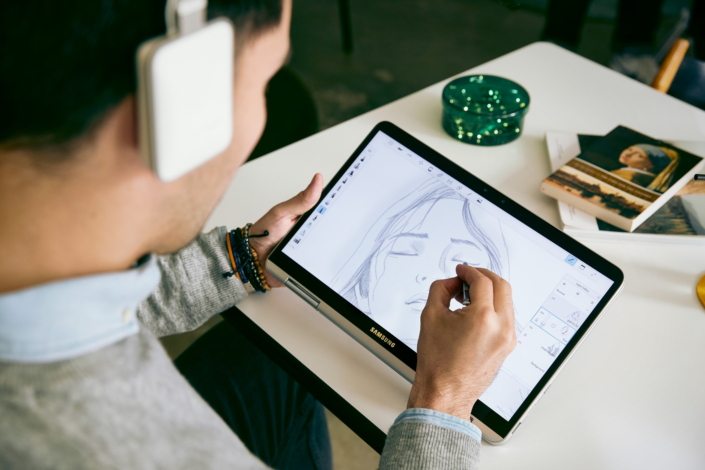 “The S Pen was great and accurate, and I had no problems with sensitivity while creating my art piece,” said Allante. “I was pleasantly surprised by what could be achieved using the new notebook, and it was a quick transition for me to go from traditional to digital sketching and painting.”

Heize, on the other hand, found that the ability to formulate her ideas, whether she was working in the studio or catching up on chores, to be the most important feature of the Notebook 9 Pen. 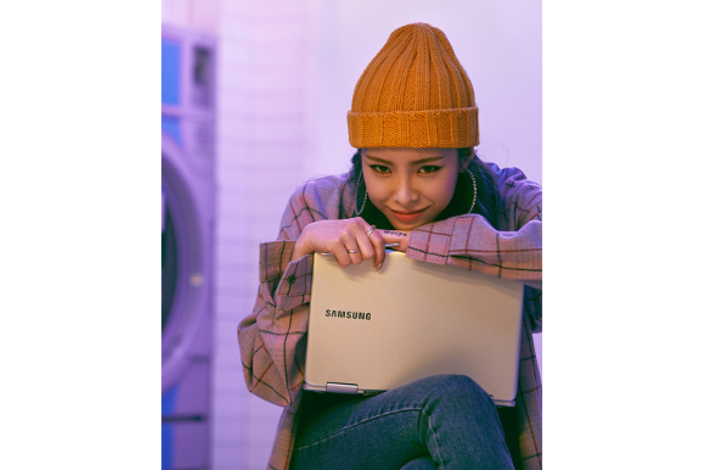 “When I don’t have the time, or the situation isn’t a good time to write a memo with all of my heart, or when I jot things down with my mobile phone, I make a lot of typos and mistakes,” said Heize. “But since I started using the S Pen, I was able to handwrite my ideas and even take picture memos.”

Pick up and Create

Perhaps more impressive than the versatility of the new Notebook 9 Pen is how easy it was to use. “It was very intuitive to use my left hand for zooming, panning across the artwork and rotating the canvas whilst the S Pen was used for greater details and the pressure sensitivity helped recreate a more authentic creative experience,” said Allante. “It is also very handy to navigate the notebook in general by touch and with the S Pen.” 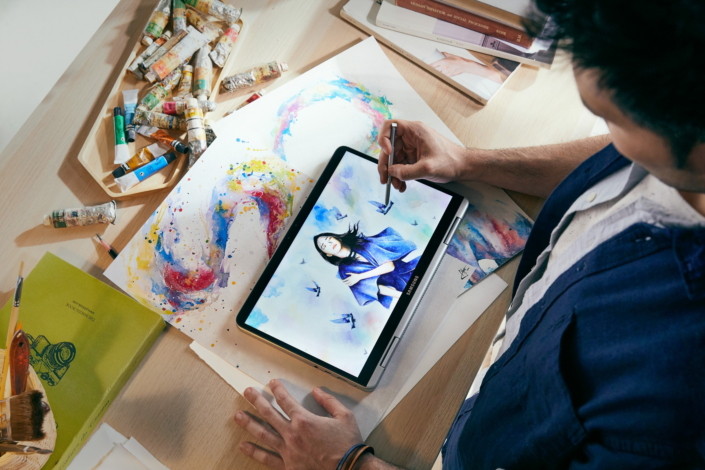 Switching from type to touch is simple with the 360-degree touchscreen, a feature that Heize found particularly helpful. “The S Pen was very useful when I was writing the lyrics,” she said. “Also, when I am composing music with the software, the combination of the touch screen and the S Pen made it convenient, especially when doing work that required detail.” 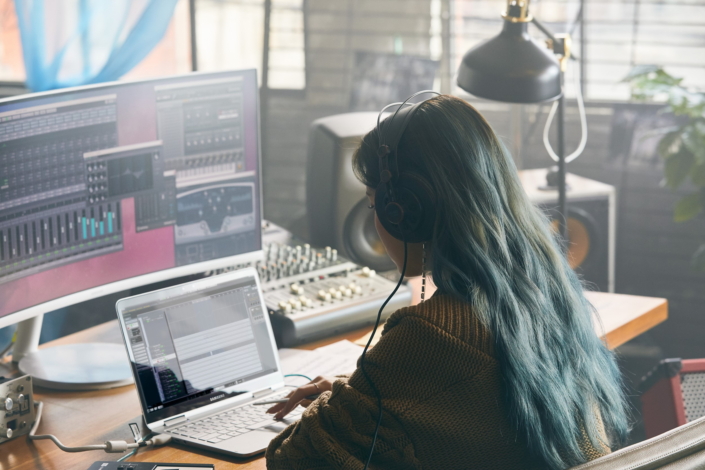 To learn more about the artist collaboration, visit http://inspirational-connection.com/