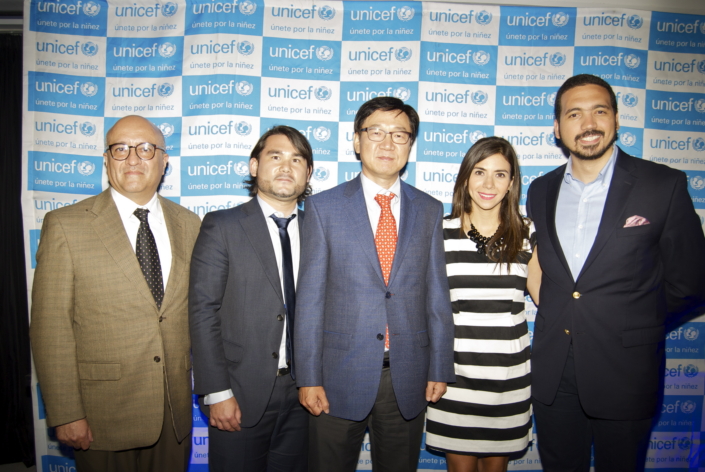 The United Nations Children’s Fund (UNICEF) has presented, for the first time in Mexico, a video that uses Samsung’s virtual reality technology to raise awareness about the reality many children in Mexico face. Through the eyes of a Mixtec girl, the video shows what life is like in one of the most vulnerable communities in Montaña de Guerrero.

The video, entitled La Canción del Lobo Feroz (The Song of the Wild Wolf), tells the story of how children try to get their lives back on track after a tragedy, as well as fighting to stay in school no matter how difficult the conditions are.

The video was filmed in the communities of Metlatonoc, San Miguel Almotepec, San Juan Puerto Montaña, Cochoapa El Grande and Loma de San Marcos in the region of Montaña de Guerrero. These communities were severely affected by Hurricanes Manuel and Ingrid in September 2013, which left landslides and floods in their wake, as well as considerable losses of human life and material damage. Furthermore, the communities are at risk given the erosion of the mountain and earthquakes in the region.

The community of Loma de San Marcos is part of the poorest area in Mexico. According to the United Nations Development Program, this area has a Human Development Index 2.5 times below that of the country average. Since the hurricanes in 2013, this community has not had access to basic services, such as electricity or water, nor has it had access to medical treatment.

La Canción del Lobo Feroz is a story of overcoming adversity in a community where children recover from a natural disaster, sing a song to come to terms with their losses and remember the importance of being prepared to act in an emergency. The “wild wolf” can take the form of a hurricane, an earthquake or a storm, and the children need to be ready when it comes back.

“UNICEF is working to ensure that the children go to school and learn, especially those children who need it the most. And it is not just about formal education, but rather about skills that help them overcome disasters, such as hurricanes or floods,” commented Isabel Crowley, a UNICEF Representative in Mexico.

UNICEF promotes school safety through the creation of Risk and Disaster Prevention Plans for Schools, which actively involve the entire community (teachers, parent and children) in order to help them prepare to cope with these dangerous situations.

For this campaign, UNICEF teamed up with Samsung Electronics Mexico, an official sponsor of the program. Thanks to its virtual reality visors, the Samsung Gear VR, people can learn more about these communities and take a virtual tour of the La Montaña de Guerrero as part of a unique immersive experience.

“Here at Samsung, we are always looking for ways to use our technological innovations to drive positive changes in the communities in which we operate. In Mexico, we have focused our social responsibility programs on promoting better education opportunities for children and young people. That is why we are exceedingly proud to be collaborating with UNICEF. We are certain that this creative campaign will successfully raise awareness among thousands of people and get them to actively join the fight to combat these problems,” commented Miguel Jeon, CFO of Samsung Electronics Mexico.

The video is part of a fundraising campaign to invite people to set up a monthly donation using their credit card via the www.donaunicef.org.mx website, or via UNICEF promoters who can be found at malls, parks, museums and companies in a number of states throughout Mexico. Aleks Syntek, Yolanda Andrade, CD9, Javier Jatti and Michel Jourdain have also joined forces with this campaign.

The funds raised will be earmarked for programs that promote education, provide emergency relief, prevent child labor and combat violence in order to offer boys and girls the opportunity to grow up healthily and fulfill their full potential.