[In-Depth Look] What Users Want: The UX of the Galaxy S7 and Galaxy S7 edge 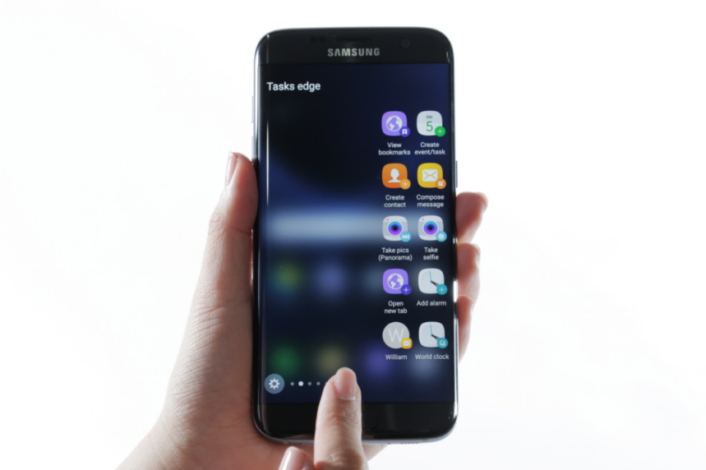 Generally, the design of a smartphone’s UX (user experience) must reflect what users want most from their devices and as such, Samsung Electronics took these needs and demands into careful consideration when refining the most recent additions to the Galaxy S line-up. Included among them are an Always On Display, which lets users check important information like time and notifications without waking the screen, as well as an enhanced processor and optimized software. Perhaps the two best words to describe the resulting UX of the new Galaxy S7 and Galaxy S7 edge are simple and soft.

An Improved Look and Feel

One of the most visibly notable changes to the UX is the shape of the phone’s icons. Unlike the device’s predecessor, which featured icons of various shapes, the Galaxy S7 and Galaxy S7 edge feature squircle (rounded square) icons to create a more organized, visually pleasing appearance. A user can even apply the squircle shape to third-party app icons by activating the icon customization function. 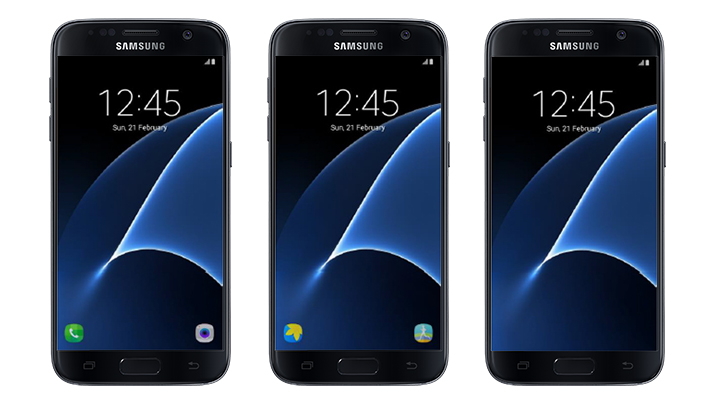 Samsung has also simplified the lock and home screens. Users can now customize these screens by adding two shortcut icons to their favorite apps. They also have the option of removing weather information from the lock screen. 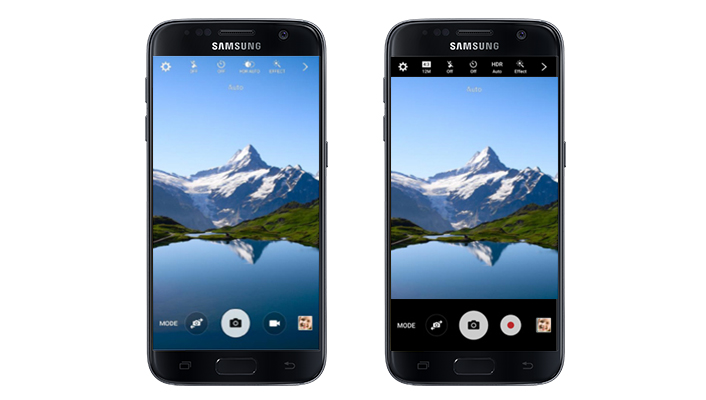 The camera UX has also been modified. To make the function icons visible at all times, black strips were placed on the top and bottom of the screen. Users can also now launch their favorite camera modes even faster by placing shortcut icons directly on the camera screen.

In terms of usability, the Galaxy S7 and Galaxy S7 edge boast the recently released, user-friendly Android 6.0 Marshmallow operating system, which offers a whole host of new and improved features. Two of the most useful are Samsung Internet 4.0, which offers better privacy and functionality than the native browser, and Cross App, which lets users operate their favorite apps from within other apps.

The updated Smart Switch function lets users connect their devices’ built-in USB connector to other smartphones to transfer not only data files, but also home screen layouts and other phone settings in the same way they could with previous Galaxy models. (Support functions vary from model to model.)

The most noteworthy modification of the Galaxy S7 edge’s UX is the enhanced edge screen. Rather than simply providing an aesthetic flair, the edge has been refined to provide practical functions and easier access to users’ frequently used content and tasks.

One way this was accomplished was by expanding the edge panel. While the edge panels of the Galaxy S6 edge and Galaxy S6 edge+ boast an aspect ratio of 260 pixels, the edge panel of the latest flagship device has nearly doubled in size, enabling users to enjoy richer content on a bigger panel. The 550-pixel display also allows third party companies to showcase even more content on the edge panel, while its horizontal orientation makes it easier to read.

Through Samsung’s ever-growing partnerships, the company has established a diverse collection of content especially for the wider edge panel, and expects it to grow even more now that it has released its Edge Panel SDK. With the strengthening of this third party ecosystem, users can experience a differentiated and richer edge experience through specialized news, sports, finance and mobile shopping apps.

With the Galaxy S7 edge, users can do more, faster, thanks to added features of the edge screen. New functions include Tasks edge, a panel that provides shortcuts to often used app features and tasks, as well as Quick tools, a panel that assists in simplifying everyday life with tools such as a ruler, compass and customizable flashlight.

Existing edge functions have also been improved. The number of apps that users can register in the Apps edge has increased from 5 to 10, while People edge now provides the names in addition to photographs of one’s top contacts, enhancing intuitiveness and readability.

Users can now access all these panels more easily by customizing the location, size and transparency of the Edge handle—the fixed tab that activates the edge features. The Handle will not interfere with any apps in use, so users are free to work or play without the edge panel getting in the way.

Together, these changes promise to let Galaxy S7 and Galaxy S7 edge users get even more out of their devices.