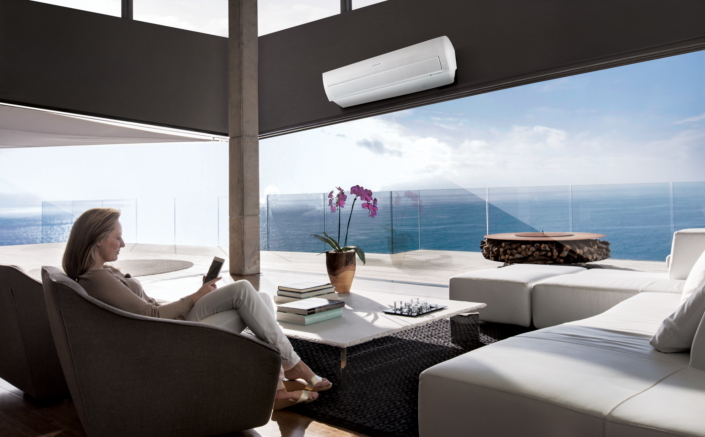 Samsung’s new AR9500M, the first wall-mounted air conditioner to feature Wind-Free™ Cooling technology, follows the successful launch of a floor-standing model last year. Both appliances provide consistent temperatures without directly blasting users with air or creating unpleasant cold spots, offering value that you can feel at home and on your electric bill.

Developing an air conditioning system that doesn’t rely on strong blasts to cool a room was no simple task, and required Samsung to rework the way in which the appliance vented air and regulated the strength of its breeze.

Rather than simply design a conventional system, which would attempt to minimize users’ exposure to cold blasts by adjusting the breeze’s strength, Samsung’s team experimented with several innovative approaches to try to identify a more effective solution.

In the early stages of the development process, in their quest to find an efficient air dispersal method, the team examined a variety of fabrics. Having analyzed several different cloths under microscopes, they concluded that a system that featured thousands of tiny holes that were, according to their research, smaller than 1mm and spaced to achieve an aperture ratio of 40 percent would provide optimum air circulation. However, the team decided that although a fabric-based ‘micro hole’ air conditioner would be cost-efficient and relatively easy to produce, durability would inevitably be a concern. 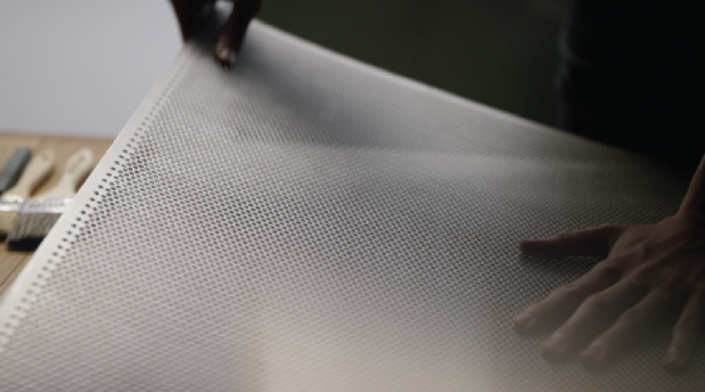 The designers next turned their attention to other materials that would allow them to explore their hypothesis further. Though the results were promising, they had yet to fully address the issue of dew condensation, which commonly occurs in air conditioners crafted from metal or plastic whose designs don’t allow cool blasts to flow completely unobstructed.

Samsung’s breakthrough ultimately came from a rather unlikely source: speakers. Having observed that their designs, which feature ‘air holes’ much like the ones they were exploring with their research, generally facilitate continuous airflow, the team concluded that a similarly constructed, sturdy air conditioner that featured thousands of holes and allowed air to flow freely would solve the condensation issue.

The fruit of the team’s extensive efforts is an air conditioner design that allows users to comfortably manage the strength of cold air.

To resolve the condensation concern, Samsung carefully calculated the ideal aperture ratio for the Wind-Free™ Cooling system’s micro-perforated panel that would reduce dew accumulation and ensure that air flowed constantly and equally in uniform ‘curtains’.

This means that when the new AR9500M is turned on, a strong breeze emits from its main outlets in curves. When placed in Wind-Free Cooling mode, it gently disperses air through the 21,000 micro holes dotting its front panel, creating a ‘still air’ environment* with a breeze so soft that it cannot be felt unless the user touches the device.

In addition to an efficient design, Wind-Free™ Cooling technology features a streamlined, two-step operation that allows the air conditioners to quickly and effectively cool each corner of a room.

When it’s time to get a good night’s sleep, users can enjoy consistent and ideal temperatures that keep them comfortable all night long, allowing them to sleep soundly and wake up fully refreshed.

* ASHRAE (the American Society of Heating, Refrigerating and Air-Conditioning Engineers) defines “still air” as air currents at speeds below 0.15m/s which lack the presence of cold drafts.

** Tested on AR07M5170HA, based on the accumulated power consumption of Fast Cooling mode vs. Wind-Free Cooling mode.