With Over 150 Lab Tests, Samsung QuickDrive™ Raises the Bar for Quality and Performance

Since its launch at IFA 2017, Samsung’s QuickDrive™ has been noted for its innovative approach to laundry technology. Recently, the company has launched its “From Lab to Life” campaign in Europe to give consumers a fuller understanding of what is behind the washing machine’s quality and durability.

Throughout 2018, the washing machine has continued to garner recognition for its powerful washing performance and was recently honored as 2018’s Large Home Appliance of the Year by British evaluator, Trusted Reviews. 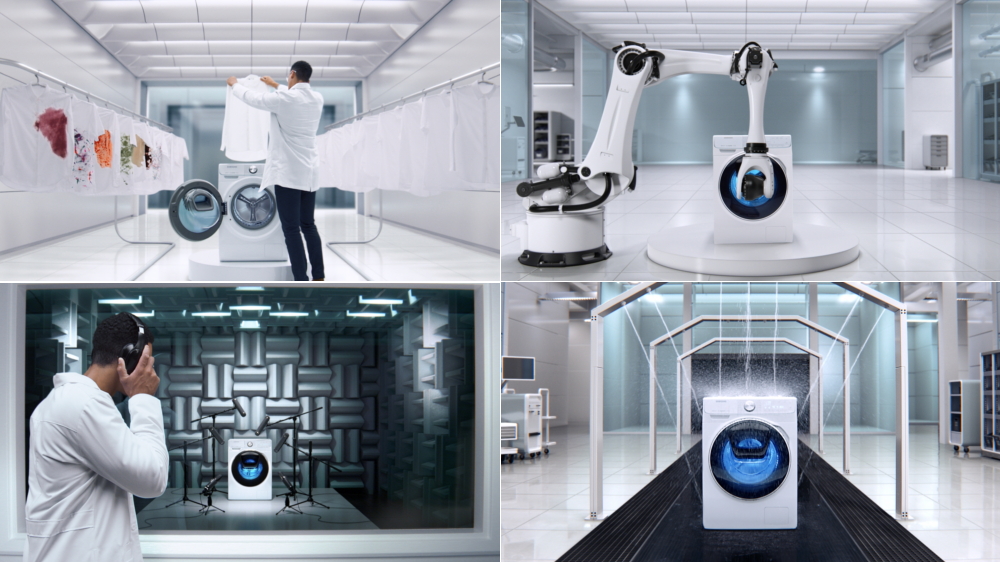 QuickDrive™ reduces washing time by half without compromising washing performance, ensuring a thorough yet gentle clean. Unlike conventional washing machines that move clothes from top to bottom, QuickDrive™ has a main drum and a back plate that rotate independently, moving clothes dynamically around the drum in multiple directions, resulting in a full clean.

The performance of QuickDrive™ is guaranteed with over 150 durability and functionality tests. This attention to detail can be observed in Samsung’s quality assurance campaign, “From Lab to Life,” which demonstrates how the tests in the laboratory aid product longevity and efficiency in the home. The array of tests includes a “heat test,” which evaluates the components’ abilities to withstand extreme temperatures and a “slam test,” which repeatedly slams the door 20,000 times to ensure it can withstand frequent usage. Consumers have responded positively to the campaign, noting that it offers real information on machine testing, a topic that other campaigns in this category rarely touch upon.

Samsung products are more than just durable—they are designed to operate seamlessly in the home on a day-to-day basis. The tests that Samsung performs on its washing machines are intended to guarantee optimum performance and exceptional quality assurance in the home. 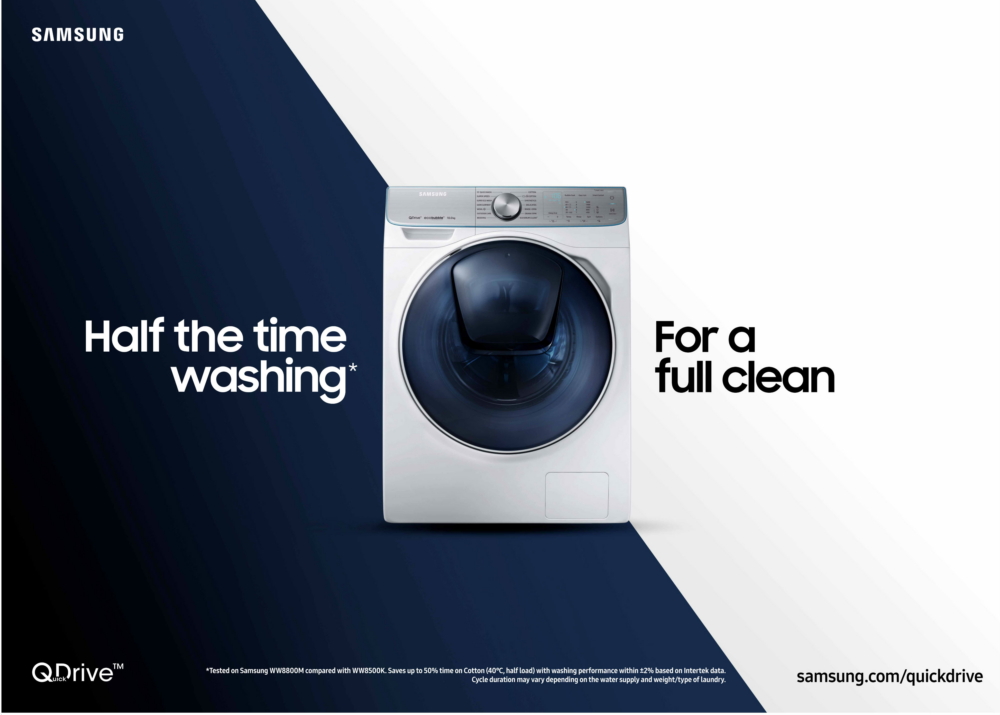 As Samsung remains committed to innovation and quality assurance, the company has received recognition from several awarding bodies. Earlier this year, Samsung was awarded the title ‘Large Appliance Brand of the Year’ by a leading consumer association in the U.K. In France, QuickDrive™ won the Best Washing Machine award, presented by tech and electronics magazine, Les Numériques. The washing machine’s leadership in laundry innovation was also noted earlier this year at the CES Innovation Awards. Trusted Reviews said they could barely praise QuickDrive™ enough, and that QuickDrive™ was the washing machine to beat thanks to its incredibly low running costs and great cleaning performance.