It was a special Friday for hundreds of students of Government Girls Senior Secondary School, Pataudi, a small town located at the foot hills of the Aravali hills in Gurugram. Nearly half of the School’s 1,200 girl students, across sixth to 12th standards, took home a solar LED lantern, an effective device meant to aid their studies.

Many students said the lantern will be their steady companion, both when they are studying, as well as while doing the household chores.

Rachana, a student of Class XIIth, said the lantern will be of great use to her because she faces a lot of power cuts in her locality. So far, Rachana had to make do with a kerosene lamp during outages. The new solar lamp will not only be more convenient, but also environmental-friendly, she added.

A large number of students at the Girls Senior Secondary School in Pataudi aspire to become teachers, when they grow up. Engineering was the second most popular choice as a career goal.

But some students like Puja Sharma have set their eyes on bigger goals. “I want to become an IPS and serve the country,” she said. The Indian Police Service or IPS is one of the three All India Services of the Government of India. 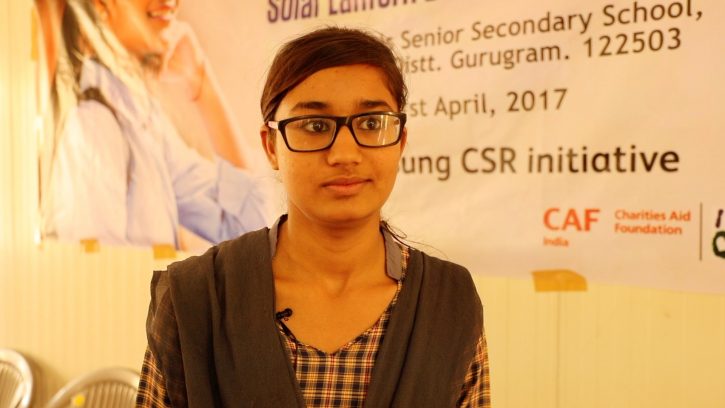 Students added that they were happy with the growing recognition women are getting in the country. “Women are playing an important role in the development of the country. We must respect them,” said Tamanna, also a student of Class XII.

The lantern-distribution event at the Girls Senior Secondary School in Pataudi was part of Samsung India’s citizenship initiative to support gender diversity and the girl child. The country’s biggest mobile phone manufacturer has so far handed 10,000 solar lanterns to girl students across Noida, Gurugram and Chennai.

“At Samsung, our aim is to harness the Company’s legacy of innovation to positively transform communities and create a better life for people through different initiatives. Education of the girl child is a key priority and through this initiative we want to reach out and light up the education of 10,000 girl students,” said Mr. Deepak Bhardwaj, Vice President, Samsung India. 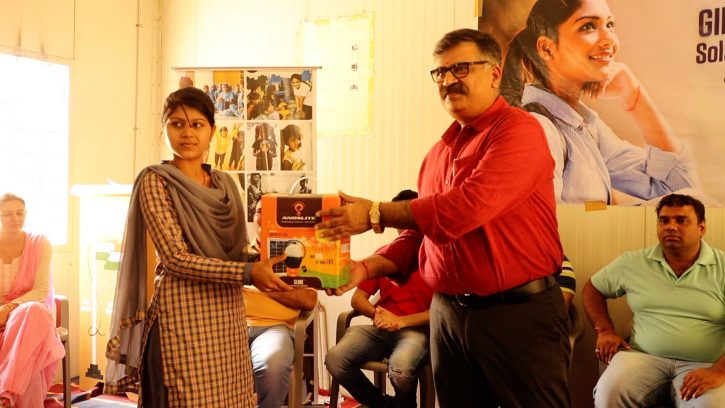 This initiative is a small step towards helping these young girls grow up to become individual role-models, he added. 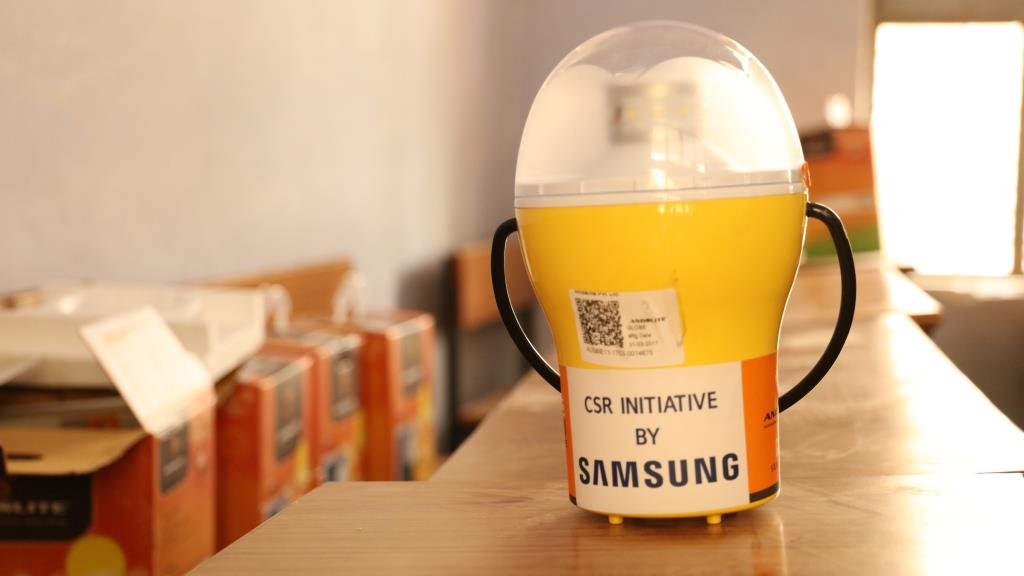 The lanterns, approved by Ministry of New and Renewable Energy, Government of India, are equipped with a solar panel and come with a three-year product warranty.