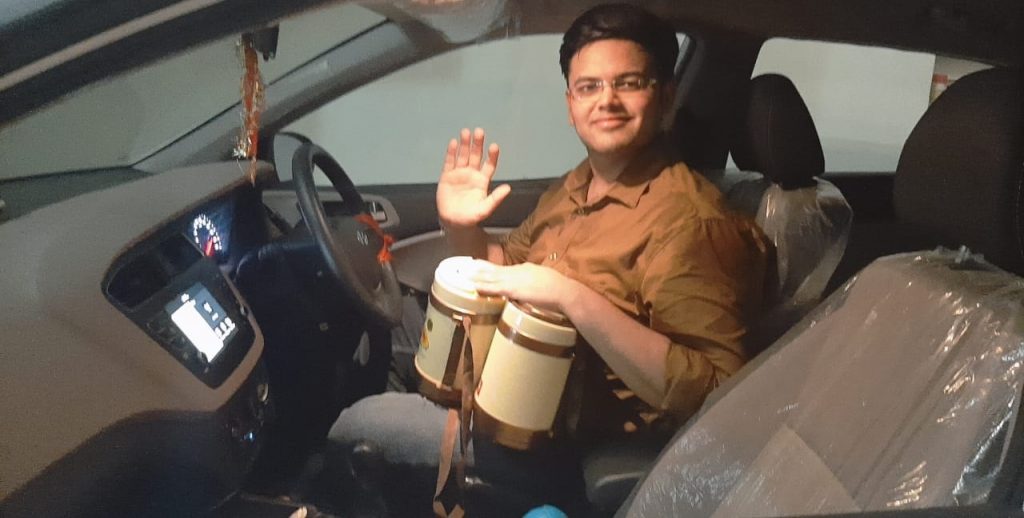 Aligarh, a populous city in western Uttar Pradesh, is known for its traditional door locks, a leading University, and for being home to one of India’s oldest thermometer brand.

As the day temperatures soar in the city, a 23-year-old hurtles down the street with a bagful of lunchboxes. He is in a hurry as a group of elders are waiting for him at an old age home that has been turned into a Covid relief camp.

As a child, Yashjeet Varshney saw his parents buying food for people on the streets and setting up bhandaras (community kitchen) regularly for anyone and everyone around their house.

His mother, Deepali Varshney, is ever eager to just take out her big wok and start cooking for anyone, always with love.

When the second wave of the pandemic started, the family learnt that their immediate neighbour was down with Covid and was admitted to a nearby Covid relief camp, but there was no one to feed his two young kids – a 10-year-old boy and a 12-year-old girl – who had lost their mother eight years back.

“When my mother got to know about this, she immediately cooked up some homemade poha for the kids, and asked me to take some food to the camp for their father as well,” says Yashjeet. 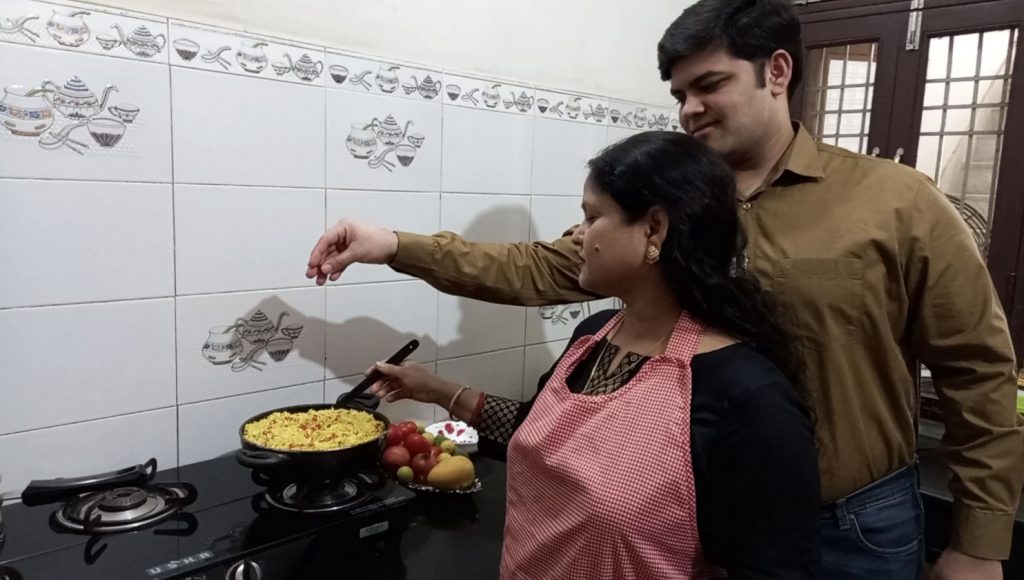 Yashjeet’s mother, Deepali Varshney, is ever eager to just take out her big wok and start cooking for anyone, always with love

When he reached the camp, Yashjeet wondered what other patients there, many of whom were very poor, were doing for food. The staff there told him that while they try to make some arrangements, hot and nutritious home-cooked meals were a luxury.

That’s when he realized he and his mother needed to scale up, and provide for these patients.

“My parents loved the idea, as always,” says Yashjeet, a B-School student who joined Samsung India as an intern a month ago. His little food delivery system continues through the internship, while working from home.

His mother cooks light and nutritious meals for 10-15 people at a time. Yashjeet packs them hygienically and delivers them to patients at the relief camp, in between attending virtual meetings with business leaders at Samsung India.

“It’s hard to describe how it feels to be able to help people, especially in times like these.”

On one of his visits early on, Yashjeet got infected himself, but his parents weren’t discouraged. “Rather, they kept me motivated and we resumed our little food delivery system soon after I recovered,” he says.

Yashjeet says he has imbibed the importance of valuing people and acknowledging their pain from his parents and that has helped him evolve into the person he is today.

These values of his resonate with the core values that Samsung stands for – of People and Co-Prosperity.

“It’s hardly extraordinary to me. Sharing is just the way of life in my family. And that is what makes me feel at home even at Samsung. I remember reading about People and Co-Prosperity as two of the core values of Samsung when I bought my first mobile phone. And I thought to myself how perfect it would be if I ever got to work with the brand,” says Yashjeet, who is a first year student at B-School MDI Gurgaon.