Designed to be highly portable, laptops allow you to meet all of your computing needs regardless of where you are. Amid the era of ‘the new normal,’ laptops are only becoming more essential to our lives as we shift to conducting an increasing amount of our work, hobbies, and interactions online. 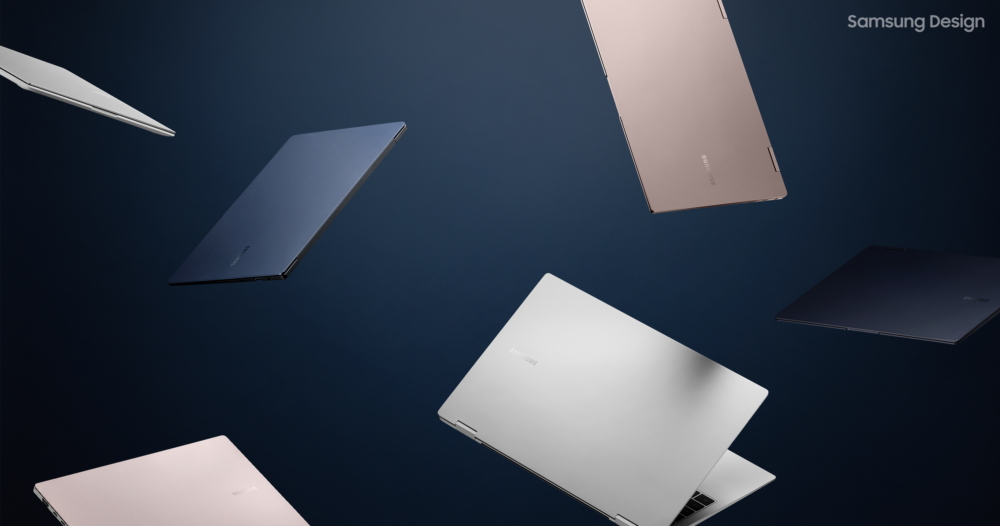 Having observed this shift, the designers at Samsung Electronics have looked to further enhance the portability of Samsung laptops while also refining their shape and design. Lighter and thinner, and featuring revitalized colors and materials, the Samsung Galaxy Book Pro and Galaxy Book Pro 360 were designed to facilitate more frequent use and longer life cycles in order to better complement the way users are living their lives. Samsung Newsroom spoke to the designers from Mobile Communications Business who designed the Galaxy Book Pro and Pro 360 to find out just what went into their innovative designs. 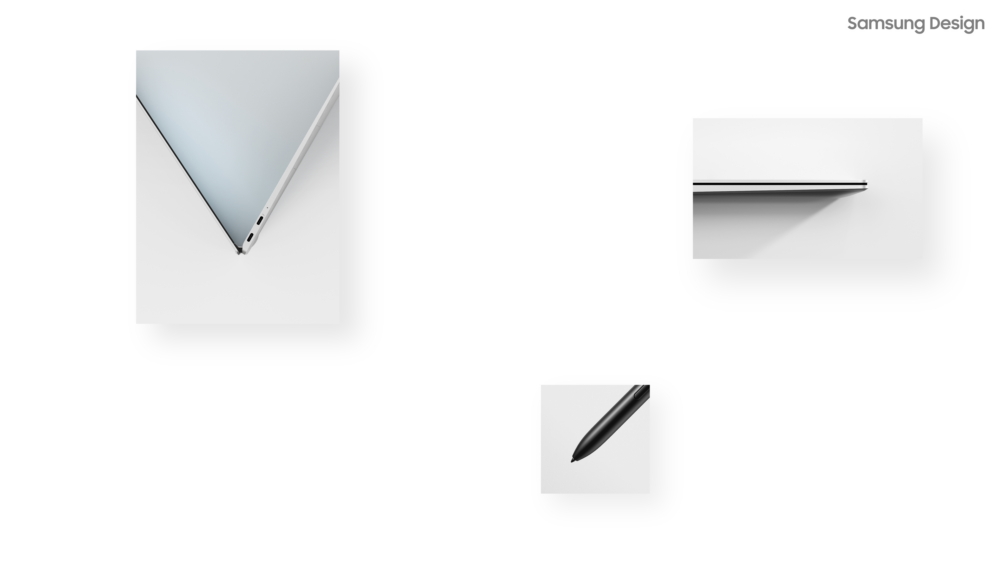 Modern laptops should be both portable enough to carry with you throughout the day and capable enough to be called into use at any moment. Thus, the designers of the Galaxy Book Pro and Pro 360 prioritized lightweight design by making the laptops thinner, lighter and flatter without compromising their high standard of performance. Speaking about the design identity of the Galaxy Book Pro and Pro 360, designer Youngmi Shin said, “We wanted the laptops to have a slim, lightweight form. Portability is becoming even more important as digital lifestyles evolve and diversify, thus we implemented a design that was based on the concept of ‘incomparably slim’.”

But this lightweight aspect does not only apply to the laptops themselves – the designers also redesigned the products’ peripherals and packaging with portability in mind too. In addition to the laptops’ chargers and cables being smaller and lighter, the adapter, mouse, and the laptops themselves can now be stored in a single layer, removing the need for space-consuming stacking. As a result, the size of the Galaxy Book Pro 360 package have been reduced by approximately 39 percent for the 13.3-inch model and 32 percent for the 15.6-inch model.1 Commenting on how the designers achieved these reductions, designer Dongseok Lee related that, “The key was to improve performance while also reducing the size and weight of the Galaxy Pro series. We worked to overcome long-standing technical limitations and optimized the designs to create the slim, lightweight products.”

Comfortability is also a key factor when it comes to products that are going to be used for a long time. Like with a tablet, the Galaxy Book Pro 360 can be drawn on, written on, and used with the new S Pen, which is 1.4 times longer and 2.5 times thicker than the previous model with a modified texture for a firmer grip and a wider touchpad. The power button and fingerprint sensor have also been combined, while the shift key area has been widened as well.

The challenge for the Galaxy Book Pro and Galaxy Book Pro 360 designers was to reduce the weight and thickness of the laptops while maintaining their battery power, compute performance and durability. To achieve this, AMOLED panels and new battery packs were applied, the internal design of the laptops was modified and durability improvements were made. As a result, the 13.3-inch Galaxy Book Pro 360 is 11.5mm thick and weighs 1.04kg (Wi-Fi model), while the 13.3-inch Galaxy Book Pro is only 11.2mm thick and weighs as little as 868g (Wi-Fi model), making both laptops easy to hold in one hand and fit into bags. On making the Galaxy Book Pro and Pro 360 more compact, designer Hyeryoung Lee said, “We want users to tangibly experience the slimness and lightness of the products as they unbox them. We have reduced the size and weight of the laptop packages to capture the value of ‘reduction’ across the spectrum of the products.” 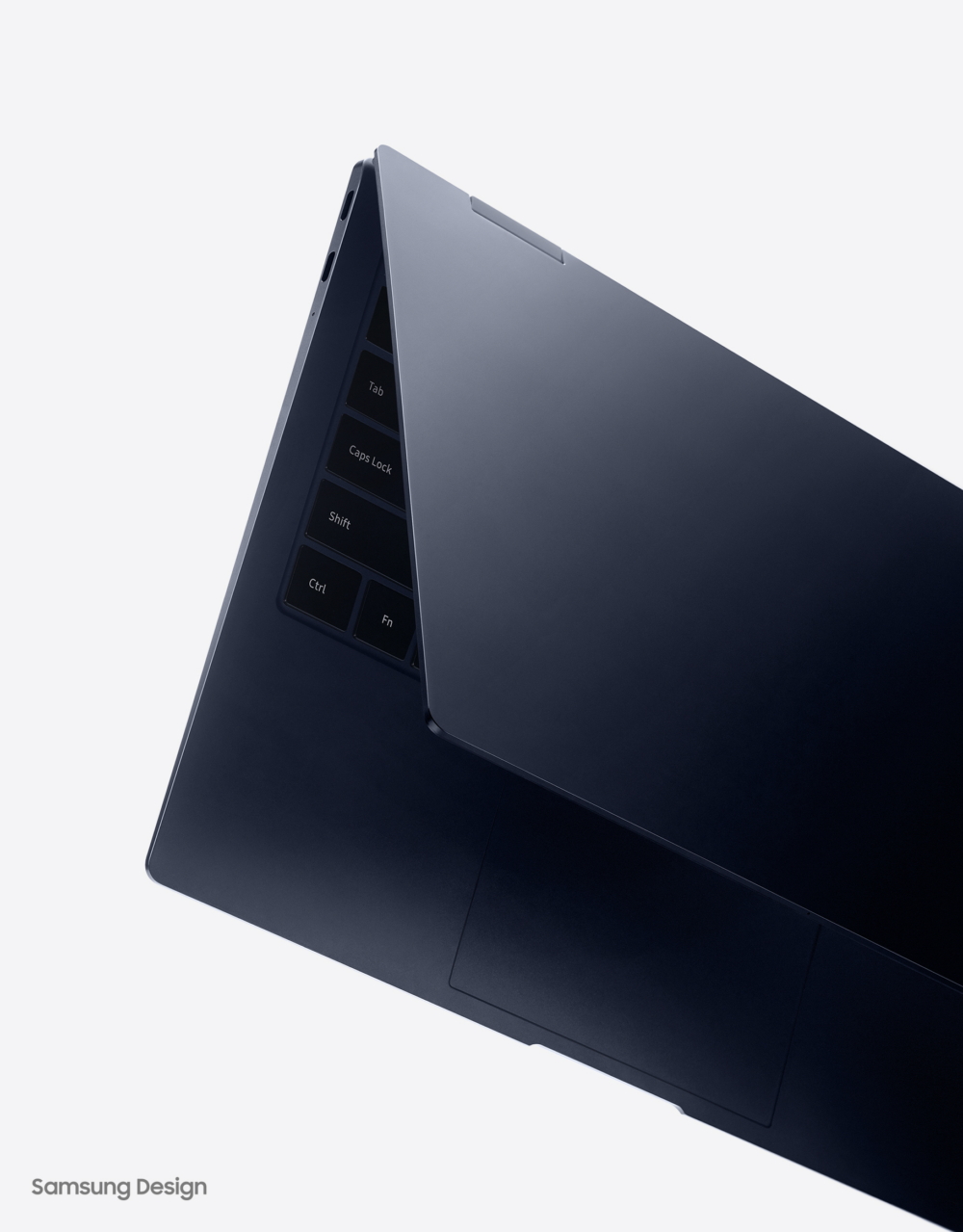 In order to pack all the necessary parts into a thinner package, the designers minimized the gaps between internal components while using aluminum and magnesium materials to make the laptops lighter. Great effort was put into finding the ideal thickness for the laptops while maintaining their unique durability and luxurious, metal aesthetics. In collaboration with the engineering team, the designers repeatedly reinforced the laptops’ rigidity to gradually elevate their overall quality and integrity. Asked about how the concept of ‘incomparably slim’ was realized, designer Hoyoung Seoc said, “The non-essential components of the laptops were rearranged as efficiently as possible. The tops were made flatter, the gaps between the components were reduced, and the body was trimmed, all while leaving the port untouched. The power key and fingerprint sensor have also been incorporated for improved usability.” 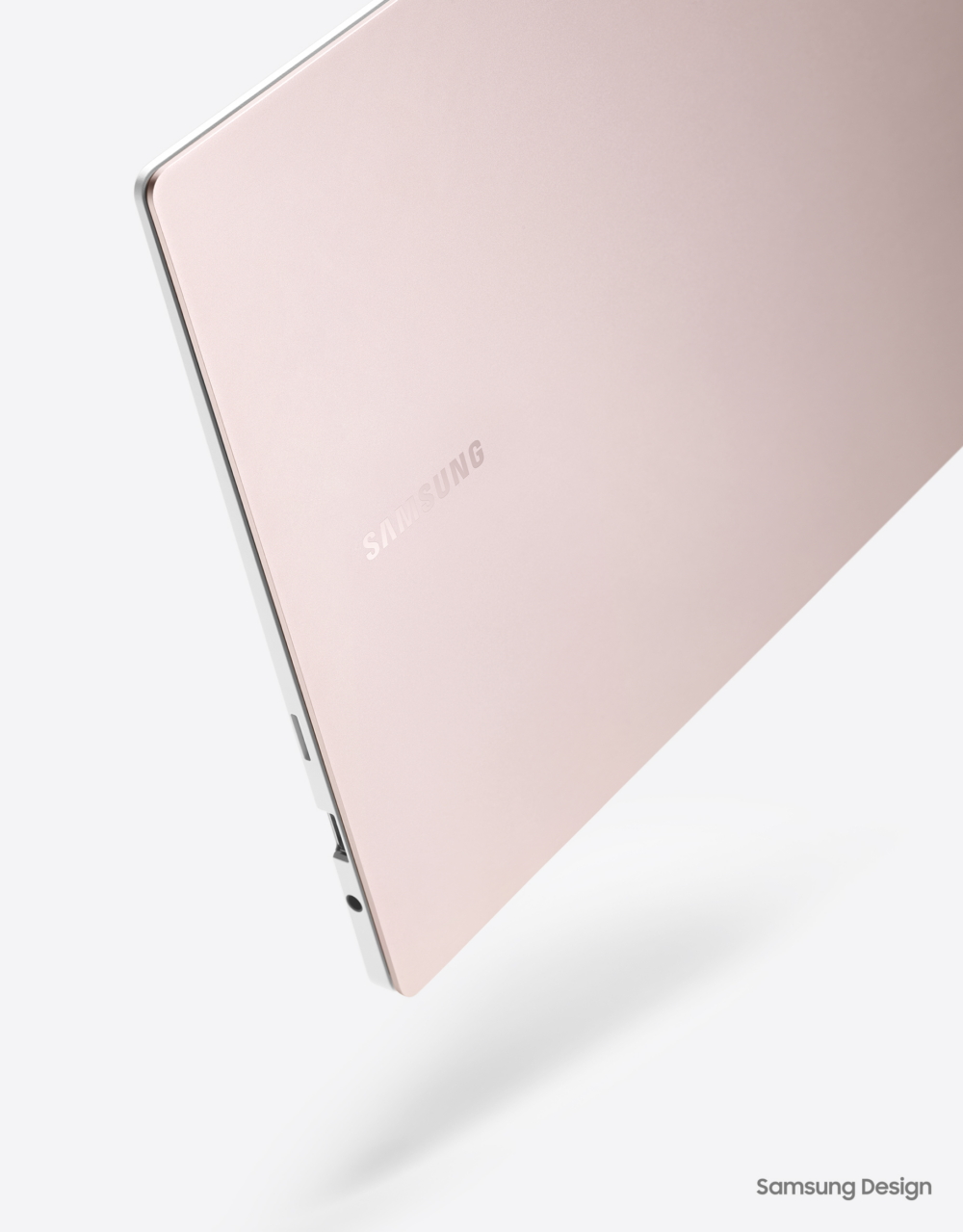 As laptops usually have a relatively long life cycle, the designers of the Galaxy Book Pro and Pro 360 put great thought into how to establish a sophisticated appearance that would stand the test of time. The designers analyzed which colors were least likely to go out of fashion while also looking to ensure that the keyboard layout and size would deliver long-lasting comfort. Commenting on what went into the Mystic color series that was decided upon, designer Yoojin Kim said, “We chose colors that are stylish and always pleasing to the eye. Since users generally replace their laptops quite infrequently, we focused on choosing colors that would remain timeless while highlighting the beauty of the laptops’ metal finishes.” 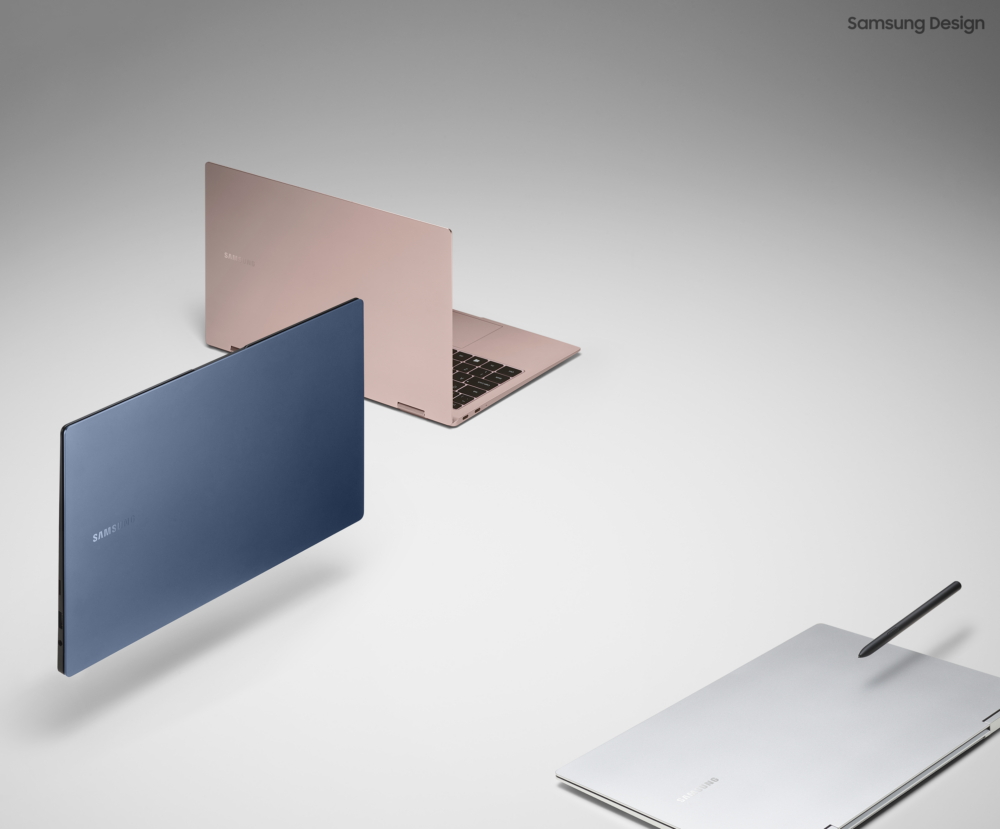 By providing innovative answers to long-standing questions, the designers of the Galaxy Book Pro and Galaxy Book Pro 360 have realized a high standard of durability and usability in sleek laptop packages that are portable enough to take everywhere with you. Going forward, Samsung will continue to design products based on a deep understanding of the needs and lifestyles of the users of today.

You can also find more details at Design Samsung website.

* The images shown are for illustration purposes only and may differ from the actual products. Product specifications may vary by country, region, and model.

1 Compared to the previous Pro 360 series