Gamers Get More With Curved Monitor 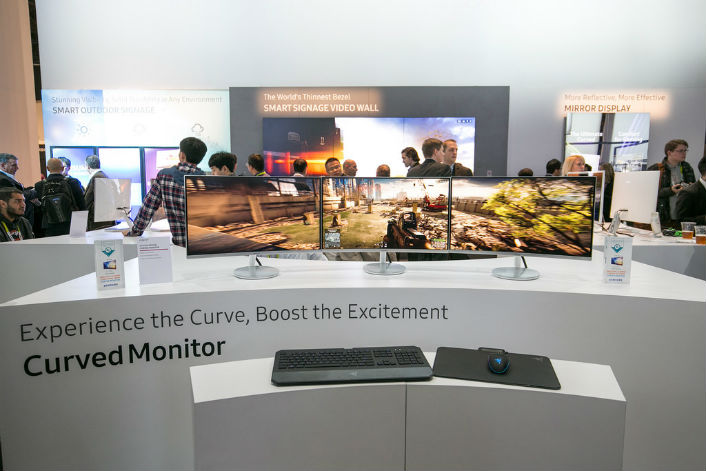 The man raced across the rooftop, desperately trying to get to the helicopter, as bullets flew from all directions. But just before he reached safety, an explosion destroyed the helicopter, along with much of the roof. Game over. “Pretty sweet,” said a grinning French journalist, as his character plummeted to a fiery death.

One part of CES 2016 gets visitors really excited—gaming devices. And Samsung’s three-monitor ultra-wide setup for the EA game Battlefield 4™ has gotten a particularly enthusiastic response. Not only are there three monitors connected in a row to expand the horizontal field of view, but Samsung devised this setup using its new 27-inch, 1800R curvature monitors, creating an arcing, smooth viewing surface, for the most immersive viewing experience yet.

For gamers, getting immersed into the action is the whole point of the fun. So it is essential to have a monitor that can keep up with the intense demands of today’s games, without lagging or stuttering, and completely absorb players. Samsung’s new curved monitors—the CF591, CF391, CF390 and CF 398—curve with a radius of 1.8 meters, the tightest curvature in the market. That curve helps to create a sense of surrounding the player, pulling them all the way into the action of the game.

“Sitting here, the edge of the screen is looking at you, instead of you having to look at it,” said one rep from an American gaming company, as he played EA’s Need for Speed™ on a 31.5-inch curved monitor. At the next monitor, another visitor was getting into EA’s NBA Live 16. 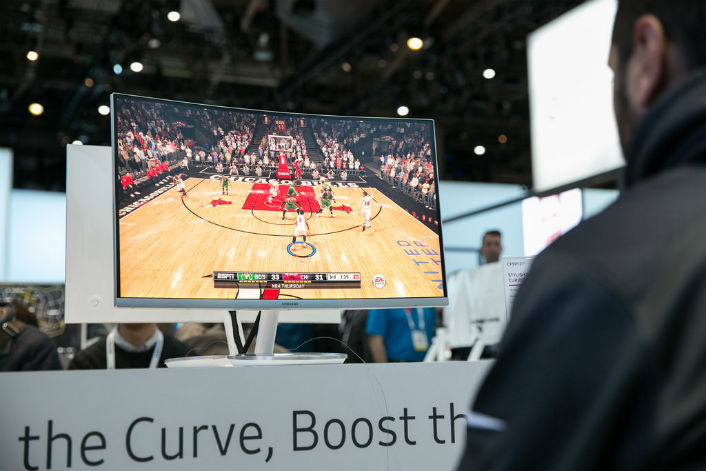 In addition to that curvature technology, each of Samsung’s gaming monitors helps prevent eye strain and fatigue with embedded flicker-free and Eye Saver technologies. The monitors are also supported by AMD FreeSync™ Technology Over HDMI®, which synchronizes the screen refresh rate with users’ AMD graphics card frame rate, to reduce input latency, stutter and lag during gaming.

Together, these technologies impressed the visitors who streamed through the Samsung exhibition over the course of CES, with many calling Samsung’s 1800R monitors the most natural-feeling and immersive on the market for gaming.

Samsung also set up a special gaming room where visitors could play the games on the new 1800R monitors.