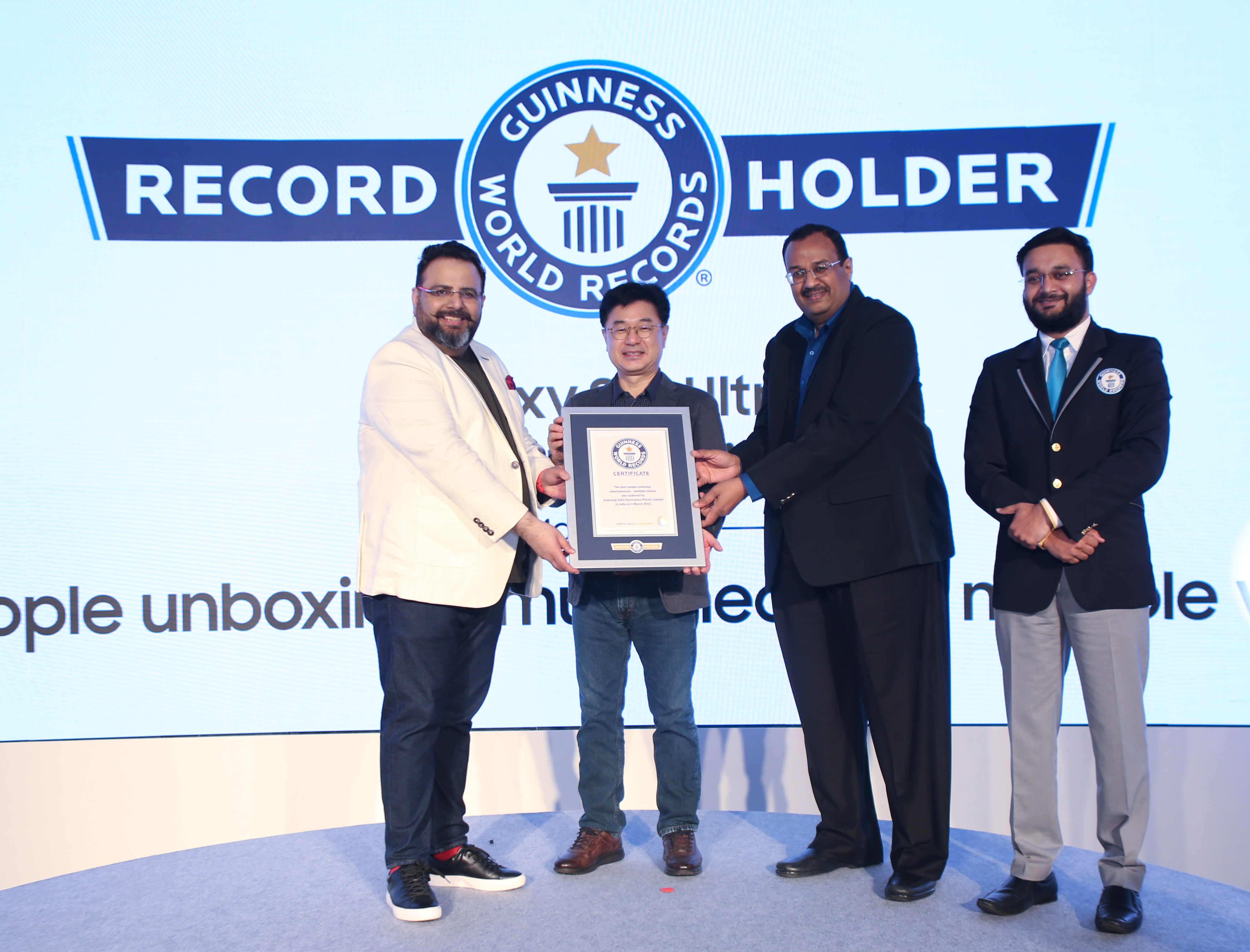 “It is indeed a big day for us and I’m extremely proud to be a part of the team which managed this record breaking event across 17 cities. I am thankful to all our consumers and epic fans who came together to makes this a truly historic day for Samsung. With #EpicUnboxing we have officially entered the Guinness World Records and we are delighted that we could celebrate this epic achievement with our fans,” said Aditya Babbar, Senior Director & Head of Product Marketing, Samsung India.

Swapnil Dangarikar, Official Adjudicator, GUINNESS WORLD RECORDS added, “It is my pleasure to announce that Samsung India Electronics Private Limited has set a new record for the ‘Most people unboxing simultaneously – multiple venues’ with 1820 successful participants. This fabulous event was organised across 19 venues and the delighted participants got their phone and became part of a record. A never been done before attempt, I congratulate Samsung on becoming Officially Amazing!

Galaxy S22 Ultra combines unrivalled power of the Note series and the iconic S-Pen with pro-grade camera and performance of the S series to set the new standard for premium smartphones. Customers pre-booking Galaxy S22 Ultra will get Galaxy Watch4 worth INR 26999 at just INR 2999. Customers pre-booking Galaxy S22+ and Galaxy S22 will get Galaxy Buds2 worth INR 11999 at INR 999. Additionally, Galaxy S and Galaxy Note series customers will get an upgrade bonus of INR 8000 while other device holders will get an upgrade bonus of INR 5000. Alternatively, customers who opt to purchase these devices via Samsung Finance+, can avail a cashback of INR 5000.

Watch the the most #EpicUnboxing EVER here –